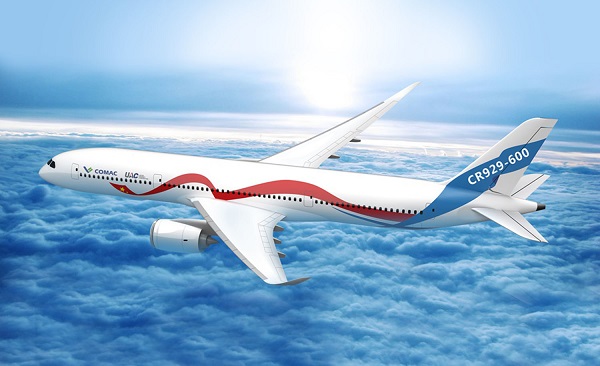 In the end of 2015 United Aircraft Corporation (UAC) and Commercial Aircraft Corporation of China (COMAC) have issued a proposal to join CR929 Program (RFI stage) which was received by engine manufacturing companies around the world. During the next stage, in December of 2017, CRAIC, a joint venture already established by the two Corporations, has distributed RFPs to 7 potential suppliers of engines and its components. RFPs have been sent not only to potential suppliers of engines, but to the potential suppliers of nacelles as well. List of potential PPS suppliers consisting of 7 companies has been defined after analysis of information provided by the suppliers during RFI stage. This assessment has been performed by joint Russian and Chinese teams of specialists in such areas as design, suppliers’ management and aftersales support.

“Obtainment of answers to our RFPs from potential engine suppliers in LRWBCA program means a transition to the next stage related to selection of the company or several companies which eventually would join the cooperation. Number of companies depends on the cooperation scheme and market demands”, CR929 Program Chief Designer from the Russian side Mr. Maxim Litvinov explains.

In the nearest future CRAIC’s joint Russian-Chinese team of different specialists in design, suppliers’ management and aftersales will proceed with a detailed analysis of answers to RFPs and prepare an integrated assessment of proposals submitted by the suppliers. This activity is expected to be completed by the end of 2018 and thus the companies to join the next stage consisting in pre-contract activity will be defined.