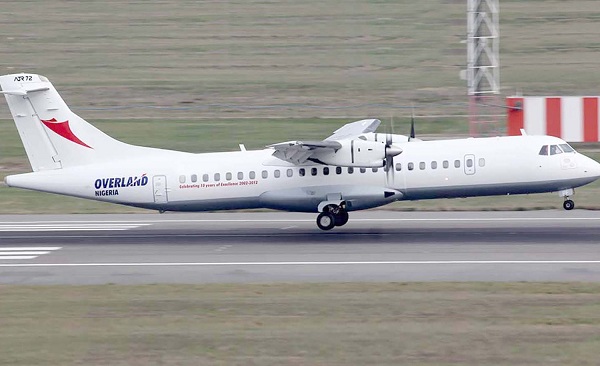 Overland Airways expresses appreciation to the Delta State Government for the re-opening of the airport for business operations. According to Mrs. Aanu Benson, Chief Operating Officer (COO) of Overland Airways, the upgrade of the Asaba International Airport will promote seamless, conducive and safe operations of flight services at the airport.

Mrs. Benson states: “Since our first-ever flight to Asaba International Airport which opened the airport in 2011, we have been, and will remain a major partner in the economic transformation of Delta State. Our resumption of the Abuja-Asaba-Abuja flights demonstrates the commitment of Overland Airways to serve the people of Delta State and its environs. We want to assure the travelling public, most especially passengers between Asaba and Abuja, of our customer-centric service at all times.”

The Delta State Government had announced the closure of the Asaba Airport effective April 9, 2018 to allow for the upgrade of facilities at the airport.

Delta State is an oil producing and agricultural State in Nigeria, situated in the South-South geo-political zone with a population of 4,098,291. The capital city is Asaba, located at the northern end of the State with an estimated area of 762 square kilometres (294 sq mi), while Warri is the economic nerve center of the State and also the most populated. The State with a total land area of 16,842 square kilometres (6,503 sq mi) is endowed with many solid minerals.

Overland Airways is Nigeria’s longest-serving and most consistent scheduled commercial airline providing uninterrupted flight services in Nigeria over the past 16 years. Overland Airways flies to various destinations in Nigeria including Lagos, Ilorin, Asaba, Abuja, Dutse, Jalingo, Akure and Ibadan. The airline looks to begin regional flight services to Cotonou and Lome, both in West Africa.