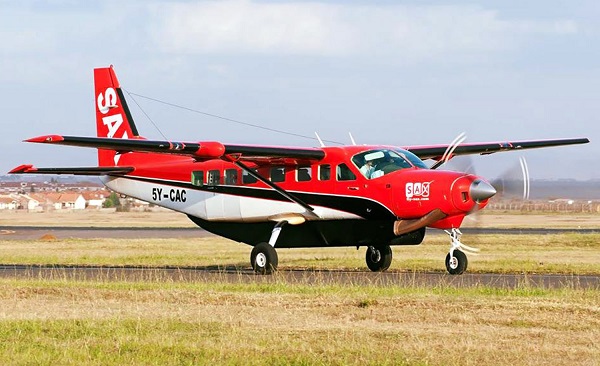 Following a recent report that a Fly Sax caravan aircraft which departed from Kitale destined for Nairobi carrying 8 passengers and 2 cabin crew had been out of contact with the Jomo Kenyatta International airport control tower, the airline has announced that the wreckage of the aircraft operated by East African Safari Air Express with the registration number 5Y CAC, has been found.

The search crew and rescue team which was mobilized by the Kenya Civil Aviation Authority, Aircraft Accident Investigation Department and KWS have discovered the aircraft in Central Kenya. The airline says: “It is with heavy hearts that we received the information from the teams reaching the crash sites and there are no survivors.”