Africa has taken a new step closer to the implementation of the Single African Air Transport Market (SAATM) which was launched by the African Union (AU) at its 30th Summit in January 2018 in Addis Ababa, Ethiopia. In May 2018 in Lome, Togo, the Fourth Meeting of the Ministerial Working Group on the SAATM, under the patronage of the Champion of the SAATM, H.E. Faure Gnassingbe, the President of Togo, got 20 Ministers responsible for Transport from 20 of the 26 States that have signed their Solemn Commitment for the SAATM to sign a Memorandum of Implementation (MoI) to kick-start the operationalization of the SAATM under the Yamoussoukro Decision (YD). Under a cordial and positive atmosphere, several States also signed YD-compliant Bilateral Air Services Agreements (BASAs). 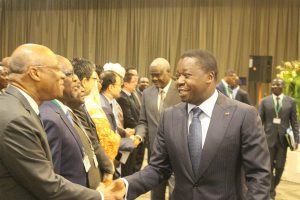 H.E. Faure Gnassingbe, Togo President, interacting with Ministers and experts during the Fourth Meeting of the Ministerial Working Group On The SAATM in Lome, Togo, recently

On the strength of the MoI, eligible African airlines are now encouraged to apply to fly to routes in these States. The airlines should report any refusal of their requests to the Executing Agency of the YD, or the African Union Commission (AUC) for appropriate intervention. By this groundbreaking step, Africa’s aviation experts and Ministers are guiding Africa strategically into the many benefits of a single African air transport market.

President Gnassingbe is keen to see the operationalization of the SAATM, being the Champion of the project which is the first of AU’s earmarked projects under the Agenda 2063 plan. He pledges to work with Regional Champions and other partners as he expresses appreciation over the readiness of the African Development Bank (AfDB) to support the YD and SAATM cause. His stance is passionately shared by the Togolese Prime Minister, H.E. Komi Sélom Klassou; Togo’s Minister of the Infrastructure and Transport, S.E.M Ninsao Gnofam, and the vibrant Col. Gnama Latta, Director General of Togo Civil Aviation Authority who says SAATM will enable Africans explore the cultures and diversity in Africa. 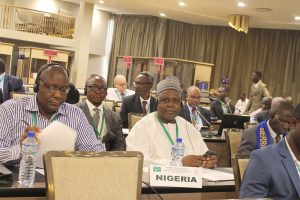 HE Moussa Fakhi, Chairperson of the AU Commission, reiterates the calls on the AfDB and other institutions to support the SAATM project, noting that “with SAATM and the Continental Free Trade Agreement (CFTA), we are building Africa’s future.” The Director of Infrastructure and Energy, AUC, Mr. Cheik Bedda, charges Member States and African airlines to ensure the SAATM is a success. According to the Commissioner of Infrastructure and Energy of the AUC, Dr. Amani Abou-Zeid, all parties should not relent until the SAATM is implemented across Africa, a view shared by the Acting Secretary General of the African Civil Aviation Commission (AFCAC), Mr. Papa Atoumane Fall, who expresses readiness to continue to work with other key institutions to achieve the SAATM.

The Head of Transport and Tourism Division in the Department of Infrastructure and Energy at the AUC, Mr. David Kajange, stresses the importance of making all BASAs comply with the YD. This will enable States and airlines reap the core benefits of the SAATM, which among others include convenient and shortened travel time across Africa, increased tourism and trade, increased investment in Africa and increased competition among African airlines which will lead to reduced fares. 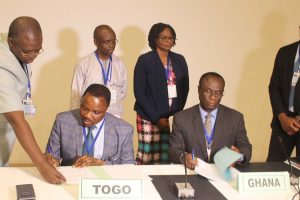 Mr. Abderahmane Berthe, Secretary General of the African Airlines Association (AFRAA), who was charged to sensitize African airlines to embrace the SAATM, believes African airlines will benefit immensely from the opportunities in the unfolding marketspace. While he calls on more African airlines to join AFRAA to share from added values AFRAA provides its member airlines such as joint fuel purchasing scheme, groundhandling scheme, etc., he stresses that the review of Bilateral Air Services Agreements to be YD-compliant would open doors for African airlines.

Further, given the need to enhance the benefits to African carriers, Mr. Ralph Kuuchi, Regional Vice President of the International Air Transport Association (IATA) for Africa Region, wants African airlines to improve their management and start immediately to apply for routes within the SAATM States to gauge the acceptance and effectiveness of the SAATM among States. Plans are underway to launch a continent-wide study to demonstrate the benefits of SAATM to each African State. IATA had provided a similar study on liberalization covering 12 African States. 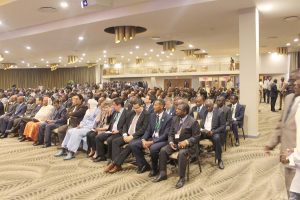 A cross-section of participants at the event

Mr. Ngoe Ndoh, Air Transport Expert of the AUC, highlights the need for increased advocacy, establishment of Regional Champions for the SAATM, and the collaborative efforts of AFRAA and other African institutions, etc. to drive the SAATM, as agreed in a previous Ministerial Working Group Meeting in Abidjan, Cote d’Ivoire, in March 2018. The African Development Bank (AfDB), New Partnership For Africa’s Development (NEPAD), Regional Economic Communities (RECs) and the World Bank have indicated readiness to support implementation of the SAATM.

Meanwhile, industry experts call for the publication of the YD Regulatory and Institutional Texts, and strong advocacy to bring the remaining 28 African States to sign the Solemn Commitment for the SAATM.

The success of the Meeting in Lome is a positive sign of greater progress on the SAATM in the coming weeks and months as the AUC intensifies leadership efforts to drive support and implementation of the SAATM.