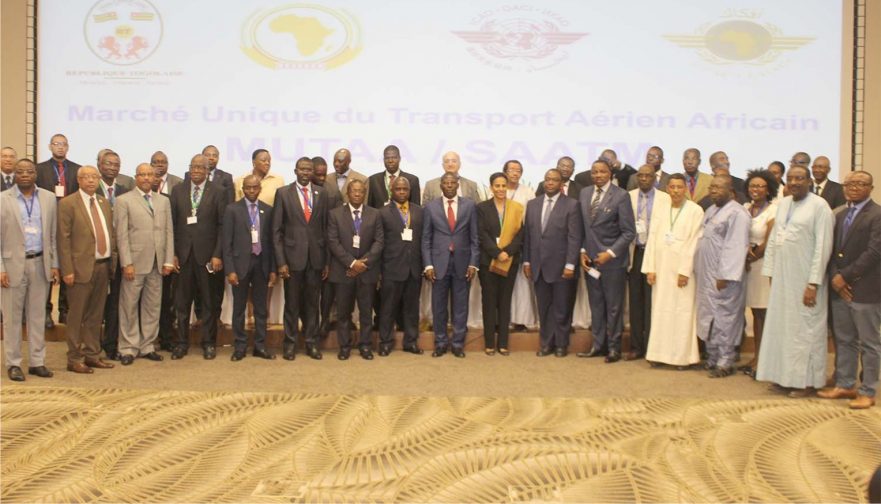 In line with the African Union’s (AU) efforts to ensure that African States fully implement key measures needed for the Single African Air Transport Market (SAATM), participants at the ‘4th AUC Ministerial Working Group Meeting on the Operationalization Of SAATM’ held recently in Lomé, Togo, sought ways to fast-track the operationalization of the SAATM under a Memorandum of Implementation. The MoI was endorsed at the Meeting in Lome by 20 of the 26 States that have signed Solemn Commitment for the establishment of the SAATM.

The meeting explored ways to accelerate the harmonization of air service agreements between the Member States of the Single Market. The meeting also provided a platform for Member States that do not have any air service agreements, to conclude Yamoussoukro Decision-compliant BASAs as appropriate. The Central African Republic (CAR) signed BASAs with Cote d’Ivoire, Rwanda, Ethiopia and Mali. Ghana also signed with Congo, and Togo signed with Chad, Cote d’Ivoire, Guinea and Mali, among other States that signed YD-compliant BASAs.

African airlines in the 26 SAATM States have been urged to apply for flights to any of the 26 States to kick-start the SAATM and its benefits on the continent. Where applications are rejected, the airlines should promptly report to the YD Executing Agency or the AUC for intervention.

Existing BASAs among Member States of the SAATM were also reviewed to remove any restrictions to ensure conformity with the Yamoussoukro Decision.