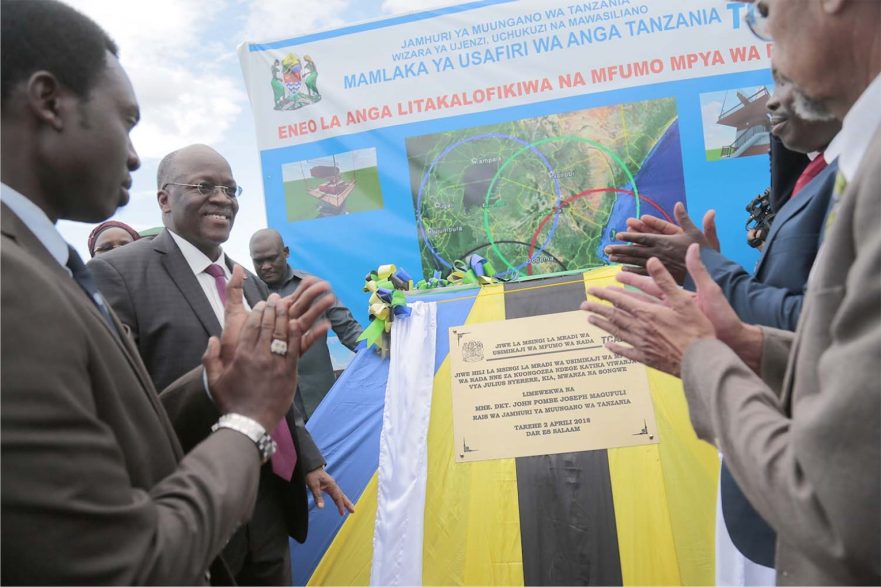 His Excellency, the President of the Republic of Tanzania, Dr. John Joseph Magufuli, recently laid a foundation stone for the installation of four (4) radar systems to be installed at Julius Nyerere International Airports (JNIA), Kilimanjaro International Airport (KIA), Mwanza and Songwe Airports as part of the national strategy to improve air traffic management in the country.

According to the Director General, TCAA, Mr. Hamza S. Johari, the Authority is determined to improve the civil aviation industry in the country to support the government’s vision of transforming the country into a middle income and industrialized nation by 2025.

The project which shall be financed by the Government of Tanzania from its internal revenue sources has 18 months completion duration. The government says the project is part of the implementation of the Tanzania Civil Aviation Authority’s (TCAA’s) top priority strategies to improve air traffic management so as to enhance safety, efficiency and security as well as increase revenue collection, boost tourism, create more jobs and stimulate the economy.