The African Union (AU) recently met for the fourth time to discuss the Single African Air Transport Market (SAATM) in May 2018, an initiative to create a unified air transportation market across all of Africa. SAATM is a flagship project of the AU Agenda 2063.

The initiative promises to finally bring about the liberalization of Africa’s air transportation market and meet the developing demands of 21st century Africa. Yet, if history is any indication, African States will have to find the political will necessary to overcome the obstacles to achieving liberalization, starting with overcoming protectionism associated with State airlines.

The benefits of air liberalization have been seen throughout the world in places such as North America and the European Union. Following this precedent, implementation of the SAATM should increase the number of routes crossing the continent, which will help to decrease airfare costs and travel time which will promote further passenger growth. With increased liberalization of the air transportation market, passengers should experience significant fare savings as airlines are able to lower rates due to the increase in routes and capacity. New direct connections between African nations will increase greater connectivity across the continent. These new connections will provide many passengers significant time savings as multi-stop service, including north-south traffic via Europe or the Middle East, will be replaced by direct flights.  Finally, passengers will also see much greater convenience because the less than daily or even seasonal services that are provided now should be replaced with much greater frequency of service. 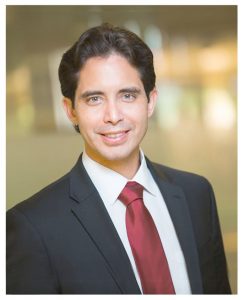 The aviation industry and passengers will not be the only beneficiaries of liberalization. Increasing access to the air transportation market helps promote other industries such as tourism, trade, and investment. Additional transport routes open up new markets for each country in Africa while also providing greater access to global supply chains. This in turn provides for greater productivity, allows for just-in-time manufacturing, promotes investment and innovation.  This will increasing routes, capacity and frequency of air transport across the continent and decreasing the costs will also be an important factor in growing the tourism industry in each country, which can be a vital source of income for each nation. The benefits of liberalization will also extend much further than any particular industry because as these industries grow, countries can expect to see increases to overall employment and economic output. Overall, the liberalization of Africa’s air transportation market will lead to greater economic benefits across the continent.

The Path From Yamoussoukro

Despite the promise of liberalization, history suggests that the airway leading to full implementation of SAATM will be long and difficult to navigate. Liberalization efforts in Africa began in 1988, when the Ministers in charge of Civil Aviation for forty countries in Africa met in Yamoussoukro, Côte d’Ivoire, to create a new African Air Transport Policy. This policy came to be known as the Yamoussoukro Declaration, which was primarily focused on creating integration and cooperation between the various State-run airlines in Africa. Through the Yamoussoukro Declaration, the various African States were committing to take all steps necessary to facilitate this integration over an eight-year period and subdivided into three distinct phases.

The Yamoussoukro Declaration involved a phased implementation process: Phase 1, to be conducted over a two-year period, was intended to focus on the maximization of capacity usage between carriers, which would include the countries exchanging technical and capacity date, preparing for the designation of gateway airports, and promoting airline cooperation in an effort to eventually encourage the various national airlines to merge into larger and more competitive airlines. Phase 2, to be conducted over the next three-year period, would have required airlines to begin joint operation on international routes, intending to achieve better economies of scale.  Phase 3, intending to be conducted over the last three years, was intended to achieve complete airline integration through joint airline operations through either i) the creation of an airline consortium; ii) the establishment of airline joint-ventures; or iii) the merger of the existing carriers. 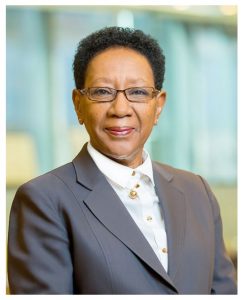 Based on this new policy imperative, Africa’s various Ministers of Civil Aviation met again at Yamoussoukro in 1999. The conference resulted in the adoption of the “Decision relating to the Implementation of the Yamoussoukro Declaration concerning the Liberalization of Access to Air Transport Markets in Africa”, which then came to be known as the Yamoussoukro Decision, and was eventually formally adopted during the Assembly of the Heads of States in Lome, Togo in July 2000. In contrast to its prior iteration, the Yamoussoukro Decision’s express purpose was the “gradual liberalization of scheduled and non-scheduled intra-African air transport Services.” Even with this renewed effort, two more decades have passed without the implementation of these changes.

With the SAATM now on the table, the question becomes: “How will the AU ensure implementation of Africa’s aviation liberalization goals this time?” The AU will need to overcome the significant obstacles that have delayed this process for thirty years.

First and foremost African States must overcome the significant barrier of protectionism. Many African governments support their own national airline, intending these State-run carriers to be a symbol of national pride, a visible marker of that country’s place in the aviation market.  Unfortunately, in many cases these governments are propping up what would otherwise be a profit losing business. Moreover, the lack of liberalization prevents the development of strong African air carriers, even if the total number of African airlines may decrease when subject to market forces. Scattered bilateral agreements, and corresponding traffic routes, means that identifying profitable intra-African markets and connections is impossible. This represents the classic prisoner’s dilemma where the collective gain of cooperation is lost due to short-term self-interest and a lack of trust. 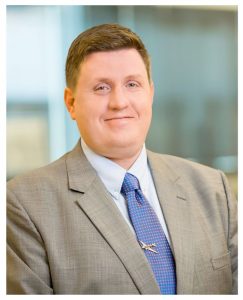 To be clear, full liberalization of the African market may result in the consolidation among or collapse of existing African air carriers. This has been the experience of liberalization of aviation markets across the world. Many of the State-run airlines do not possess the technical capacity or lack the financial backing to add the routes, capacity, and frequency that will be required to remain competitive once SAATM is fully realized. To fully implement liberalization, for an African airline to continue to survive, the airline must be able to grow and help expand the African air transportation market overall. Without liberalization, new African markets, and associated benefits, may never be realized. For instance, in Europe, the rise of discount carriers that made profits by selling cheap seats and working at high volumes meant that other legacy carriers could no longer survive in the market. However, due to lower air fares, the volume of traffic within Europe increased.

There are certainly reasons for each country to protect their State-run airline, such as the understandable pride in having a flagship carrier and the job security that such a carrier can provide. Indeed, African States should be proud of the history of service their airlines have provided to their countries and citizens. But this unwavering protectionism makes it difficult to meet the potential of the African market envisioned by SAATM and the Yamoussoukro Decision. Ironically, the beneficiaries from the lack of African cohesion are carriers outside of the continent. While limiting the access of other African carriers, many countries have opened their skies and markets to non-African international carriers.

Will the AU be able to finally unite African nations under the banner of SAATM and the Yamoussoukro Decision? The International Air Transport Association (IATA) has welcomed the launch of SAATM and the renewed focus on finally implementing the Yamoussoukro Decision.  The International Civil Aviation Organization (ICAO) President has noted that full implementation of SAATM would be a historic milestone which would provide enormous benefits to the entire continent. There is increased demand for fully open skies across Africa and support from around the world. However, to date only 26 African nations have signed on to SAATM while 44 nations originally approved the Yamoussoukro Decision. With the continent’s middle class projected to grow (with rising middle class travel demands and increased consumer purchases) over the coming decades, Africa is at an inflexion point.

To fully implement SAATM and the Yamoussoukro Declaration, some nations may have to make the hard choice of no longer supporting an unprofitable flagship carrier in order to reap the alternative benefits of liberalization. No doubt this will involve very difficult decisions, but the long term benefits of cooperation, unity and a fully open African air transport market will outweigh the immediate costs. African leaders will need to find the political will necessary to ensure that the continent can benefit from the current and future travel demands of 21st century Africa.