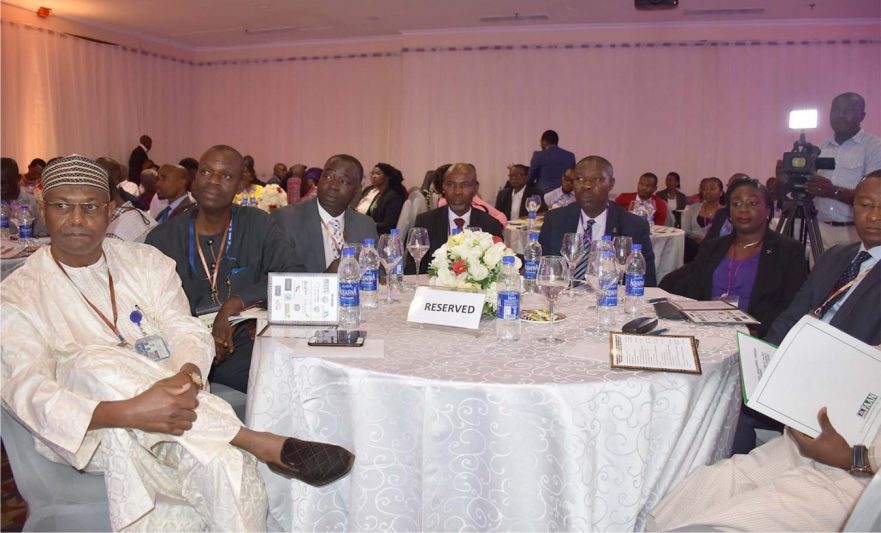 Overland Airways stood out as an exemplar in routes development and sustainable airline operation in Nigeria, as Nigerian aviation experts converged at the League of Airport and Aviation Correspondents (LAAC) Annual Seminar & Awards in Lagos recently.

Mr. Nick Fadugba, CEO of African Aviation Services Limited (AAS) and Chairman African Business Aviation Association (AfBAA), says Overland Airways has carved out a niche for itself in the market by flying its turboprops to remote places others do not fly. He commends Capt. Edward Boyo, CEO of Overland Airways, for demonstrating a shining example of professional sagacity and steadfastness, as he reiterates the need for airlines to pull their weight in the challenging environment in Nigeria.

Capt. Boyo, who is also the Publisher of Aviation & Allied Business Journal, calls on the media to make efforts to uncover the many issues in the aviation industry and inform the public appropriately as a way of contributing to improve the aviation operating environment, emphasizing that “LAAC is the conscience of the aviation industry.”

Alhaji Muneer Bankole, CEO Medview Airlines, who emphasized on the need for the media to stand up to objective reportage of issues, calls on the media to be engage in careful reporting. “LAAC should report objectively, do not be on anybody’s side. You must learn and understand the trade,” he says.

Several airline CEOs condemn the negative advice fed government by some advisers. Barrister Allen Onyema, Chairman of Air Peace, who chaired the LAAC seminar with the theme: “Financing Aviation Sector Through Private Sector Partnership,” says this has led to unfavourable policies and actions. On the Single African Air Transport Market (SAATM), Barrister Onyema observes that Nigerian airlines are yet to benefit from the Open Skies as other African countries have not really opened up their skies like Nigeria. “Foreign airlines come into our own country and they get whatever they want and how they want it, but we domestic carriers are not treated the same way in other countries,” he says.

Mr. Iyayi, and Capt. Noggie Meggison, President Airline Operators of Nigeria (AON), also state the need for a meeting with the Minister of State for Aviation, Senator Hadi Sirika, to clarify on the operations of the new national carrier to ensure it will not undermine or be given unfair advantage over existing Nigerian airlines. Mr. Basil Agboarumi, the Acting Managing Director of SAHCOL, says: “It would be sad if after all these beautiful suggestions nothing changes.”