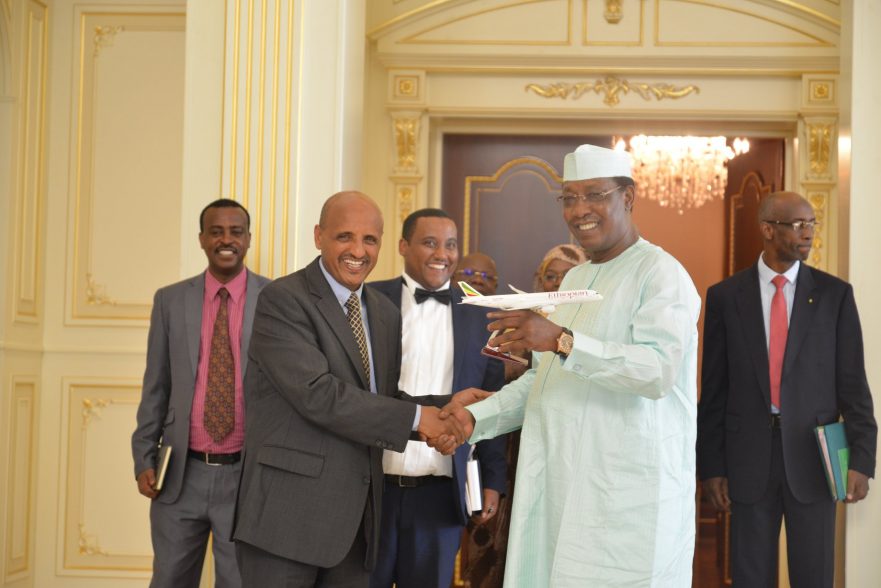 The new Chad national carrier is planned to go into operation as of October 1, 2018.

Mr. Tewolde GebreMariam, Group CEO of Ethiopian Airlines remarks: “The strategic equity partnership in the launching of the new Chad national carrier is part of our Vision 2025 multiple hub strategy in Africa. The new Chad national carrier will serve as a strong hub in Central Africa availing domestic, regional and eventually international air connectivity to the major destinations in the Middle East, Europe and Asia. I wish to thank His Excellency President Idriss Deby Itno, the Government of Chad and the stakeholders in the aviation sector in Chad for their strong support to the project.”

Through its multiple hubs strategy in Africa, Ethiopian currently operates hubs in Lomé (Togo) with ASKY Airlines and Malawian in Lilongwe (Malawi), while having the already acquired stakes in Zambia’s and Guinea’s national carriers and making preparations to launch Ethiopian Mozambique Airlines.