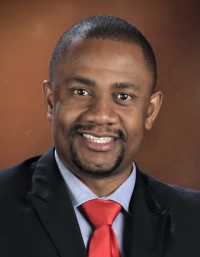 According to the Board Chairman, Kgokolo’s exceptional qualities made him a perfect choice to lead ATNS. “The first is his concern for safety and his vision on how it may be addressed within the industry. He is quite frank about how performance-based targets can be achieved. Secondly, he has shown extreme respect and compassion in what he does and expect to be done. Always courteous and willing to learn, he is a man of great integrity” says Thobela. He concluded “Once these specific traits are evident in an individual, it means that a good and perfect choice has been made”.

Mr. Kgokolo is a Chartered Accountant and holds an MBA degree from the Gordon Institute of Business Sciences, a B Compt Honours and B Com degree in Accounting Sciences, from UNISA and University of Pretoria respectively.

The past CEO’s contract ended in June 2018 and was extended for a further three months,  ending September 30. The recruitment process of a new CEO is underway.

Prior to his appointment as the acting CEO, Mr. Kgokolo was an ATNS Board Member and served as a Member of the Audit and Risk Committee.