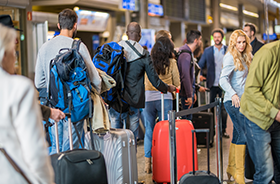 The International Air Transport Association (IATA) wants governments to understand that under a liberalized environment, connectivity would generate significantly more jobs and Gross Domestic Product (GDP) growth, adding that globalization has made our world more socially and economically prosperous.

IATA warns that should protectionism continue to expand, aviation would continue to grow, but at a slower pace and deliver fewer economic and social benefits.

Mr. Alexandre de Juniac, IATA’s Director General and CEO, says: “Aviation is sensitive to policies that either support or undermine growth. Governments must understand that globalization has made our world more socially and economically prosperous. Inhibiting globalization with protectionism will see opportunities lost.”

IATA reveals that present trends in air transport suggest passenger numbers could double to 8.2 billion in 2037. The latest update to IATA’s 20-Year Air Passenger Forecast, shows that an increasing shift Eastwards in the center of gravity of the industry is behind the continued strong growth. Over the next two decades, the forecast anticipates a 3.5% compound annual growth rate (CAGR), leading to a doubling in passenger numbers from today’s levels.

Also, IATA says aviation faces an infrastructure crisis and governments must work closely with the industry, to be more ambitious in developing efficient infrastructure, fit for purpose, and offering value for money. “Governments and infrastructure operators must strategically plan for the future. Decisions made now will have an impact on the value created by aviation for their regions,” says Mr. de Juniac.