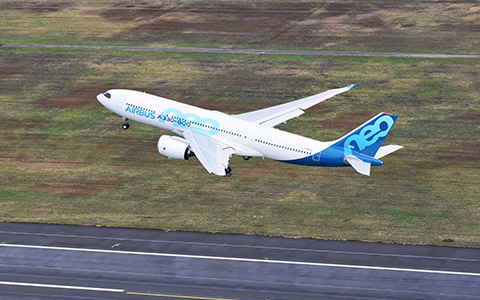 The Rolls-Royce Trent 7000, the latest member of the Trent family of engines, has successfully powered the Airbus A330-800neo into the skies for its first test flight today.

Importantly, Air Mauritius, Air Senegal and Rwandair have firmed their A330 neo orders, and recently Uganda signed an MOU to purchase two of the aircraft.

The aircraft, the latest version of the A330 family, took off from the Airbus facility in Toulouse, France, this morning, marking the beginning of its flight test programme.

The Trent 7000 is the exclusive engine for the A330neo and the seventh in a Trent family that has now accumulated more than 125 million engine flying hours.

Chris Davie, Rolls-Royce, Programme Director – Trent 7000, says: “We are proud to power this latest version of the A330 family and congratulate Airbus on this achievement. The Trent 7000 is the latest chapter in a Trent success story and takes an outstanding aircraft to the next level of performance.”

The Trent 7000 brings together more than 50 million flying hours of experience from the Trent 700, which powers the original version of the A330.

The 68-72,000lb thrust Trent 7000 will deliver a step change in performance and economics compared to the Trent 700. Benefitting from a bypass ratio double that of its predecessor, the Trent 7000 will improve specific fuel consumption by 10%, and will significantly reduce noise.