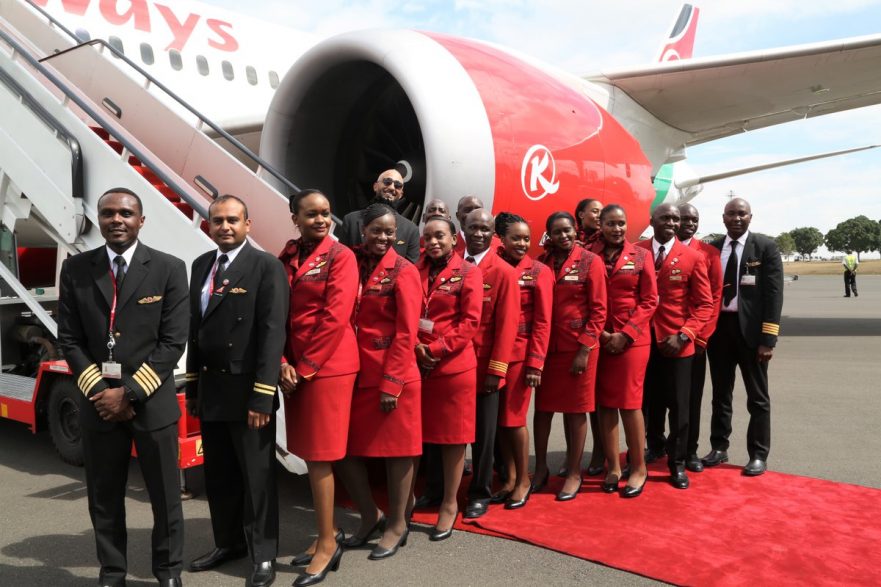 Ambassador Monica Juma, Cabinet Secretary for Foreign Affairs, says: “This new flight has potential to transform the USA and Kenya relations, grow business and connect East Africa to the USA.”

Kenya’s President Uhuru Kenyatta enthuses: “I have received with delight, the news of the safe arrival of the non-stop Kenya Airways’ flight that left Nairobi for New York. This marks the beginning of great opportunities, and open possibilities for our country.”

Hon. William Samoei Ruto, Kenya’s Deputy President His Excellency, says: “The direct flight will increase the number of transit travellers, which will play an important role in developing the economy.”

Mr. Mikosz Sebastian, Group Managing Director and CEO, Kenya Airways, says: “We are proud to be the first airline in East Africa to offer non-stop flights between Kenya and USA. We have finished the project stages and started the airline stage. We look forward to better partnerships and ties that will continue to grow our airline.”

Also, the airline hosted a cocktail to celebrate the success of the non-stop flight from Nairobi to New York. The airline states that the crew led by Captain George Muli brought the Boeing 787-8 back home in 12hrs 51mins making the journey seamless.