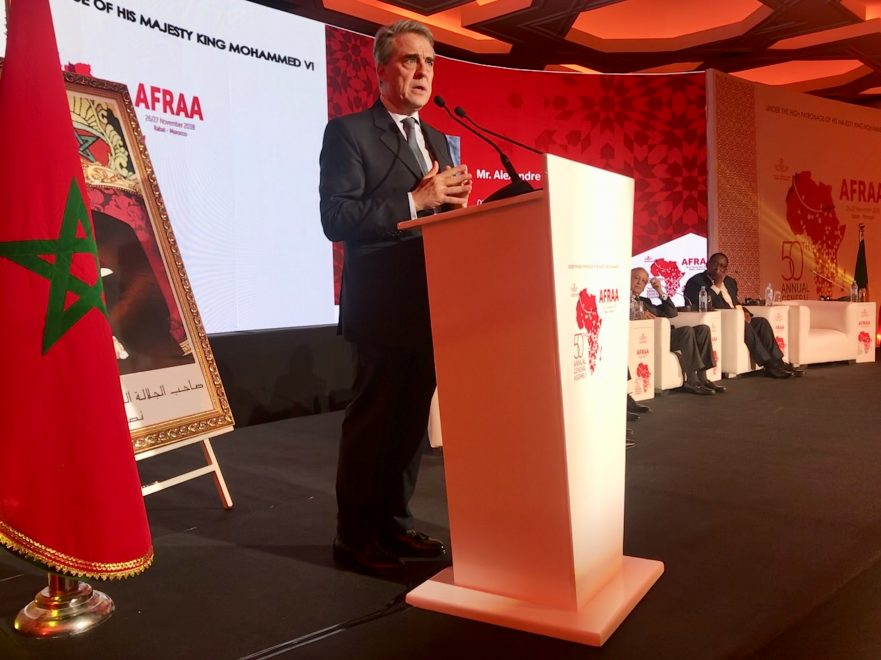 The International Air Transport Association (IATA) wants governments in Africa to maximize the positive social and economic power of aviation by working together to promote safe, sustainable and efficient air connectivity.

Mr. Alexandre de Juniac, IATA’s Director General and CEO, who spoke at the 50th Annual General Assembly (AGA) meeting of the African Airline Association (AFRAA) in Morocco, recently, says: “African aviation supports $55.8 billion of economic activity and 6.2 million jobs. To enable aviation to be an even bigger driver of prosperity across the continent, we must work closely with governments.”

IATA calls for an aviation agenda to focus on improving competitiveness, developing effective infrastructure, modernizing the regulatory framework focusing on global standards and connectivity; and ensuring a well-trained and diverse workforce.

“Africa is an expensive place for airlines to do business. There is no shortage of examples illustrating the heavy burden that governments extract from aviation. Jet fuel costs are 35% higher than the rest of the world. User charges, as a percentage of airlines’ operating costs, are double the industry average. And taxes and charges are among the highest in the world. On top of that, $670 million of airline funds are blocked. Too many African governments view aviation as a luxury rather than a necessity. We must change that perception,” adds Mr. de Juniac.

Furthermore, he says: “In Africa we have infrastructure problems in two extremes. In some cases it is overbuilt and expensive. In other cases, it is deficient and cannot meet demand. Dialogue between industry and government is critical to ensure that there is sufficient capacity to meet demand, that airline technical and commercial quality standards are met and that the infrastructure is affordable. Achieving that will create the platform on which aviation’s economic and social benefits can be maximized.”