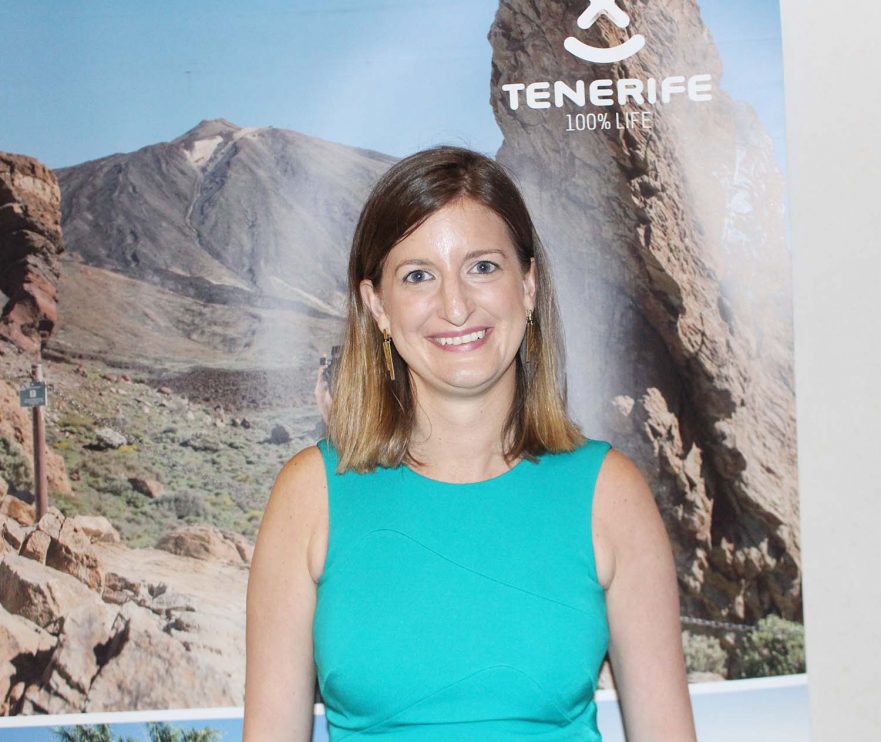 Stephanie Wear believes Africa has amazing tourism potentials with its undeveloped, undiscovered tourism products. She is the Director of Economic and Air Service Development for the Tenerife Tourism Corporation which is one of the southernmost islands of Spain.

Q: It is a common knowledge that Tenerife is associated with successes in tourism and leisure. How have you been able to get to this point of improving tourism, especially in the last five years?

A: We have been very lucky, last year we had a record-breaking number of tourists come to the island which is our best year ever. We had a little over six million tourists come and visit the island. In the last five to ten years we have seen a huge amount of growth and that has really been driven by increase in our connectivity.

So, ten years ago for example, we were mainly a charter destination, and we have been able to attract a ton of new carriers. Five years ago, there were no carriers with business class seats and now we have majority of our carriers with business class seats. So it’s been a combination of knowing our products and getting more airlines to come in and put more seat capacities so that we could attract more tourists.

Q: Africa could be a different ball game, what can be done here to maybe jump-start that tourist arrivals, tourist business, tourist utilization?

A: My suggestion will be to use data to know your products. So identify what it is that makes you unique, why would people want to visit your particular destination, and market that as much as you can.

Then find tour operators that sell similar types of products or have a clientele  base that would be interested in your products, or have arrangement with tour operators, work with all your stakeholders, target carriers and use their channels because airline distribution channels reach a huge number of people.

So, if you are able to really get targeted messages out that talk about what makes you special and what makes you unique, then you’re going to get more visitors coming.

Q: Now, how would airlines get more involved in tourism in Africa?

So, for instance,  if an airline launches Tenerife to London, it’s our image and our messaging in that; you combine the airline’s routes to their product with your image as a destination and you market that together.

Q: The issue of visas comes as a serious debate, because Governments want quick money which comes easily from charging travelers and tourists, even though there are products yet to be developed for tourists. How do we manage that?

A: Visas are a barrier; and at the end of the day tourism does not respond well to barriers. What governments need to realise is that once the barrier of the visa is removed, you will have more visitors and visitors spend money in destinations.

Once you have a large number of tourists come visiting, you’re also able to attract investment and hotels that want to come in and build in your space. You have companies that want to come in and start to sell products. So, you actually end up making more through a different revenue source, through your taxes and what you’re able to generate by having an increased volume.

Q: The issue is that most of the tourist centers in Africa are not developed and in their raw states, so how do we develop the tourism industry on the continent?

A: That’s a great question. I think it is actually an advantage that you have so many incredible undiscovered natural resources because that’s where the tourism industry is going nowadays. People want unique experiences and they want to be able brag about these special things that they have done. So, that’s the key to exploding what you have.

Africa has an incredible potential. I’m a huge fan of the continent, I come as much as I possibly can because the people are magnificently friendly, the natural resources are incredible, the wild life that you have, I mean all of those things need to be promoted so that people know that they can come here to have unique, one-of-a-kind experiences. And that’s where the industry is going.

So, Africa is the right place at the right time. In general, companies need to come in to package all of these incredible experiences so that people can get to them easily. As long as there are companies that are promoting Africa’s tourism destinations then the industry will grow.

Q: What is your projection, what do you think of tourism for Africa, say, in the next five to ten years, what is your vision?

A: I have no doubt that it would grow and in the last year, there had been more and more conversations about removing visa barriers, open skies is starting to become more of a reality, the discussions are moving forward and those are two huge important things in order for tourism to grow more on the continent.

Once you have that and you’re able to explore all the incredible natural resources, tourism will grow more significantly.

Q: Are you looking forward to interacting or cooperating with African tourism authorities or destinations to synergize or sell ideas on how successful you have been in boosting tourism?

A: Absolutely! We are doing it now, because of Tenerife’s unique location. We are actually very close to West Africa We are off the coast of Morocco and you know it’s a very short flight to Senegal, for example. So, we have worked with other tourism authorities and with tour operators to create tour packages.

There are tour operators for example that sell joint packages, a few nights in Morocco and then a few nights in Tenerife and it becomes again that unique experience that you have because they’re so close. In a few days time you can have two such different experiences that complement each other in Africa.

There are cruise lines that do a combination of Cape Verde, Tenerife and Morocco; so it’s finding those synergies with other tourism destinations so that we can grow together by joint packaging and joint promoting.