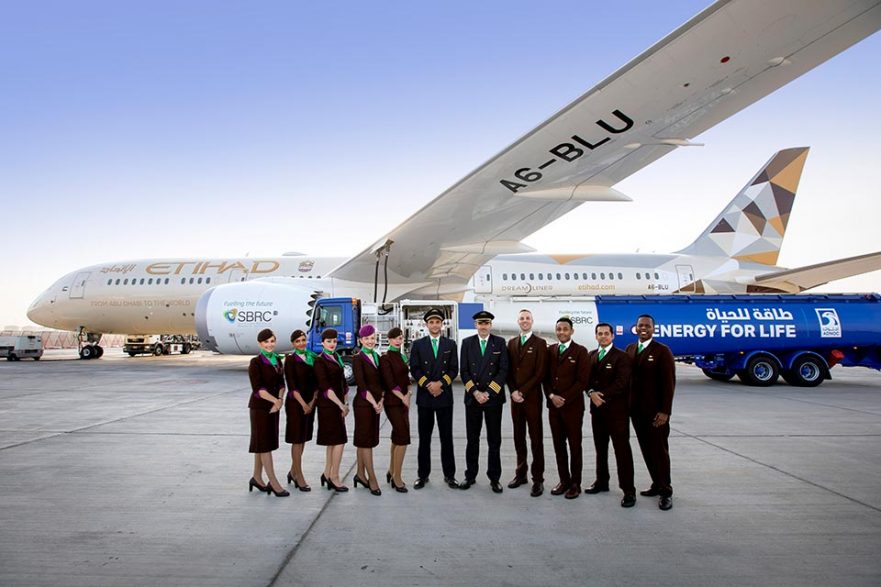 The flight from Abu Dhabi to Amsterdam marked a major milestone in the development of a clean, alternative aviation fuel to reduce carbon emissions.

The project was carried out by the Sustainable Bioenergy Research Consortium (SBRC), a non-profit entity established by Masdar Institute that is part of Khalifa University of Science and Technology, UAE.

The SBRC partners have been working together to prove the concept of a comprehensive value chain that is centered around the Seawater Energy and Agriculture System (SEAS). Sustainable fuel for the flight was derived from oil in Salicornia plants, which were grown on the two-hectare SEAS farm in Masdar City. The SEAS is the world’s first desert ecosystem designed to produce fuel and food in saltwater.

His Excellency, Dr. Thani bin Ahmed Al Zeyoudi, Minister of Climate Change and Environment, United Arab Emirates, says: “The UAE’s visionary leadership is strongly committed to positioning the country as a global hub for innovation and sustainability. Deep decarbonisation of energy-intensive industries has a ripple effect on food security and climate action. Clean, alternative aviation fuels are an innovative and sustainable solution to significantly reducing harmful carbon emissions. The UAE is proud to be a pioneer in this domain.”

Dr Arif Sultan Al Hammadi, Executive Vice-President, Khalifa University of Science and Technology, says: “The landmark achievement by the SBRC and partners marks a new beginning for the use of clean fuel for air travel.”

Tony Douglas, Group Chief Executive Officer, Etihad Aviation Group, says: “This is a significant milestone for the UAE and its key industries. Etihad is fully committed to this project which demonstrates a successful proof of concept that is local, viable, cost-effective and sustainable.