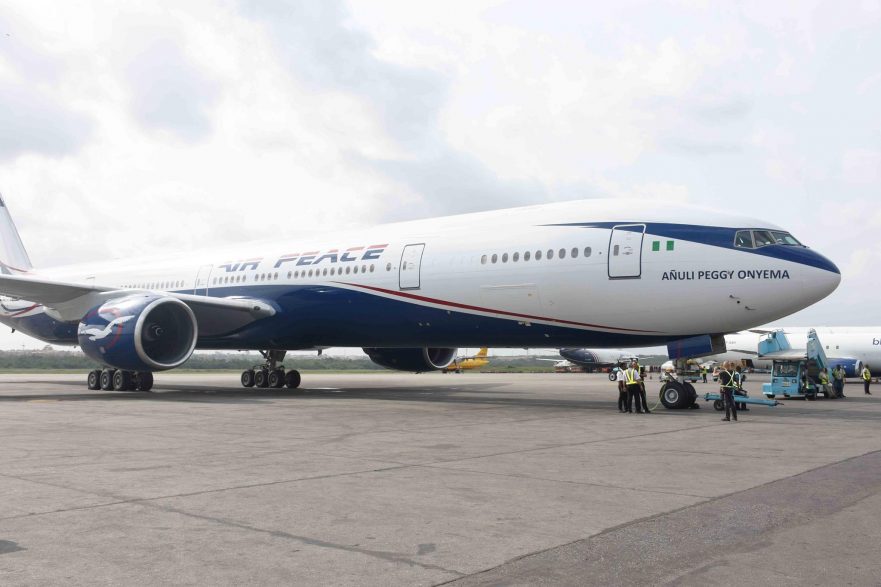 Airpeace, one of the airlines based in Nigeria, says it has received its third Boeing 777 aircraft. The airline had received two of the same aircraft type last year.

According to the airline, its third Boeing 777 recently touched down at the Murtala Muhammed International Airport in Lagos to a spectacular water salute.

The airline hints that the just received aircraft will be used for its international operations including scheduled flight services from Lagos to Sharjah, Dubai, London, Houston, Guangzhou, Mumbai and Johannesburg.

Aircraft manufacturer, Boeing, explains that its Boeing 777’s unique combination of superior range, outstanding fuel efficiency and passenger-preferred comfort has created long-range success for carriers around the world, adding that there has been recent upgrades on the aircraft type to further reduce costs and boost revenue.