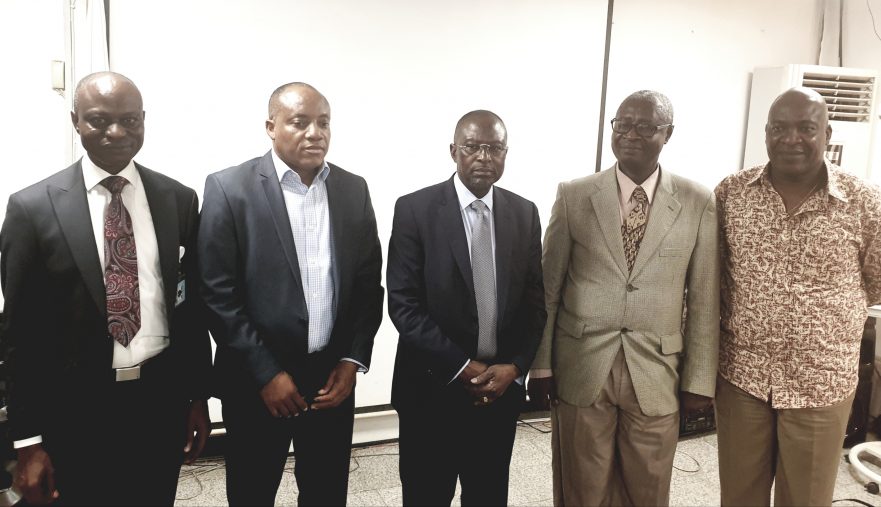 In a bid to address issues arising from the flow of air traffic among adjacent Flight Information Regions (FIRs), the Nigerian Airspace Management Agency (NAMA) has signed a memorandum of understanding (MOU) with the Ghana Civil Aviation Authority (GCAA) for effective synergy and collaborative cross border search and rescue around the common boundaries of the two states. The memorandum of understanding which was signed at NAMA corporate headquarters in Lagos with a high-powered team of GCAA officials stipulates guidelines and procedures for collaboration on aircraft and weather/ terrain information sharing, deployment of manpower as well as search and rescue equipment in the event of an incident or accident.

NAMA at the event also signed Letters of Agreement with the visiting Ghana team specifying procedures to be followed for tactical separation of aircraft between Lagos and Accra. Stipulated in the Letters of Agreement are details such as how air traffic controllers exchange or manage the movement of aircraft across the two centres in terms of radio frequencies, the point at which to transfer aircraft as well as established boundaries and altitude for transfer of aircraft across the common borders.

Also contained in the agreement are procedures of handling emergencies, transfer of aircraft using technical systems such as Controller Pilot Data Link (CPDLC) and Automatic Dependent Surveillance Contract (ADSC) as well as standard separation between aircraft compliant with that of the adjacent state.

The two states also discussed the possibility of a partnership which would enable NAMA undertake the training of some of its operational personnel at the Ghana Civil Aviation Academy by virtue of its affiliation with renowned training institutions globally, just as they deliberated on the need for both states to share information on air navigation plans as this would ensure compatibility and interoperability of Air Traffic Management Systems to be deployed by each state.

Speaking while signing the MOU on behalf of NAMA, the Managing Director, Capt. Fola Akinkuotu noted that as a requirement of the International Civil Aviation Organization (ICAO), the meeting with Ghana is critical as it would enhance operational synergy and seamlessness, making for less gaps in air traffic management between the two adjacent states. While calling for sustained interaction and cooperation between Ghana and Nigeria, the NAMA boss said the agency would continue explore ways to further ensure safety of air navigation within the region.