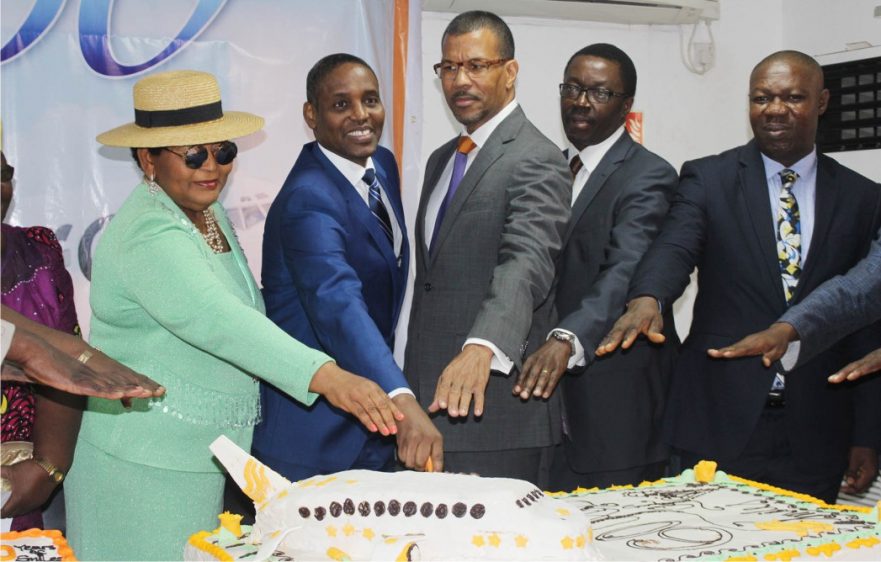 Established in the year 1959 under the ownership of Schreiner Airways B.V. of the Netherlands, Aero Contractors is celebrating 60 years of successful operations in Nigeria.

Aero became a partly Nigerian owned company with an initial 40% Nigerian shareholding in 1973 which grew to 60%. However by January 2004, CHC Helicopter bought over Schreiner Airways and acquired 40% holding of Aero while the 60% majority share remained within the Ibru famiy until 2010 when the airline became fully owned by the family.

The Managing Director of Aero Contractors, Capt. Ado Sanusi, who spoke during the commemorative ceremony which was held in Lagos recently, notes that although the airline went through turbulent times between the years 2013 – 2016 due to endogenous and exogenous factors.

He adds that it has risen above the challenges through hard work and with the support of the Receiver Manager, Mr. Adeniyi Adegbonmire SAN. Capt. Sanusi assures the flying public of Aero’s commitment to improvements in capacity and service delivery.

Capt. Sanusi says passengers would win some gifts for the anniversary.

He says: “Like a phoenix, Aero has risen from its hard times. Our individual and collective sacrifices, resilience and insistence that this airline is lifted back up is paying off and yielding visible results.”

“It is our expectation to grow our fixed wing aircraft to 6 by the close of this year. The present count of 4 aircraft improved our domestic flight operations to 32 daily.

From 1 helicopter in 2017, we now have 5 operational helicopters with capacity to further grow this number to 10 helicopters by close of the year so as to deepen our services.

The Director General of the Nigerian Civil Aviation Authority (NCAA), Capt. Muhtar Usman, who spoke through the Director of Air Transport & Regulations, NCAA, Group Capt. (Rtd.) Edem Oyo-Ita, commends the airline for getting back on the right track and for its prudent management.

A former DG of NCAA, Dr. Harold Demureen, commends Aero for setting the record of 60 years of flying without a fatal crash. He applauds the management and calls for more commitment to the growth of the airline.