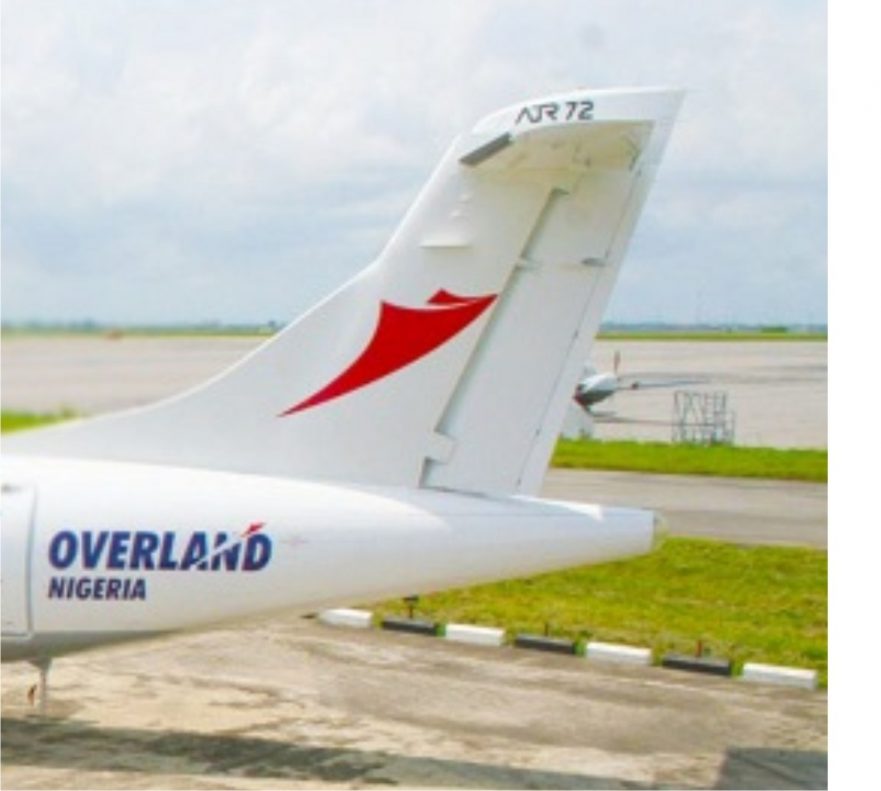 Overland Airways, one of Nigeria’s leading scheduled and charter airlines, has been commended by aviation industry observers for promoting routes development in Nigeria and West Africa. Overland Airways has over its past 16 years of uninterrupted operations opened services to various remote airports thereby giving vital access to the ambient economies. In several of these routes, Overland Airways was the first airline to commence flight services, setting unmatched examples of how aviation can develop economies.

Arch. Tunde Oyekola, Chief Executive Officer of El-Mansur Atelier, an engineering and architecture company with specialty in airport construction, who spoke at the 2019 Airport Business Summit and Expo in Lagos recently remarks that: “The business model of Overland Airways is something airlines in Nigeria should study. Overland Airways’ aircraft are some of the best fit for flight operations in this part of the world. Airlines must learn to match the right aircraft sizes with the right markets in order to succeed in this business.”

He adds: “For all of the airports that I have been involved in their construction, Overland Airways has always been the first to start flying there. Once they open up the airports, Overland Airways begin to operate and start building traffic on the routes. It is not easy but the airline has been doing it. Kudos should be given to Overland Airways for being a pace-setter; their operations make sense.”

Mr. Bernard Bankole, President of the National Association of Nigerian Travel Agencies (NANTA), says: “Over the years, Overland Airways stands out. The management understands the concept of managing an airline in Nigeria and in Africa. Most airlines starting up in Nigeria are making mistakes and going out of business because they don’t understand the business dynamics and science. But Overland Airways has been able to carve a niche for itself in the market by going to the non-conventional places and bringing unique value to those routes that other airlines would normally not ply. Overland Airways has added more value to domestic routes in Nigeria than any other airline. I Specially salute to Capt. Edward Boyo, the Managing Director and vision-carrier of Overland Airways for bringing services to remote places like Jalingo, Asaba, Akure, Ilorin, Ibadan and the like. This has eased transportation in these cities.” 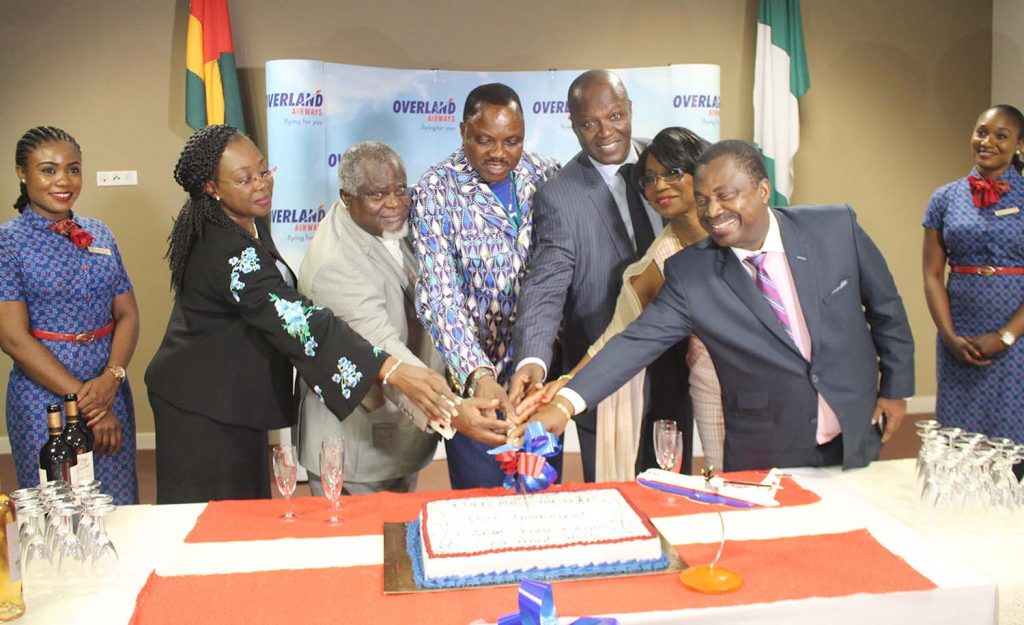 Since 2003 when it began operations, Overland Airways has been particular about connecting remote hinterlands to major cities in Nigeria and West Africa thereby opening up these economies. Already, Overland Airways is a house-hold name and preferred economic development partner in Ibadan, Ilorin, Asaba, Akure, Jalingo, Lagos and Abuja and more recently in Cotonou in Benin Republic, Lome in Togo Republic; and Niamey in Niger Republic. The Lagos-Cotonou-Lome flights operate on Mondays, Tuesdays, Thursdays and Sundays. The Lagos-Cotonou-Niamey flights operate on Wednesdays and on Fridays.

Overland Airways is run by a team of seasoned aviation and management professionals. The airline relies on its fleet of very efficient and well-maintained turboprop aircraft for its operations. The airline is a Member Airline of the International Air Transport Association (IATA), the global association of 290 member airlines that represent about 82% of global traffic. Overland Airways has successfully undergone the IATA Operational Safety Audit (IOSA), and is listed on the IOSA Registry alongside the world’s biggest and best airlines.

Importantly, in a terrain where airlines rarely survive past the one decade anniversary, Overland Airways continues to thrive, despite the numerous challenges of the operating environment including multiple charges, unfavourable policies, high cost of aviation fuel, infrastructure deficit, and absence of maintenance, repair and overhaul facilities, irreverent disregard for corporate governance, among others. Now in its seventeenth year of consistent operation of uninterrupted scheduled and chartered passenger as well as cargo services, Overland Airways has shown itself as a model for a successful airline business in Nigeria and West Africa.

Also, a Senior Manager with the Federal Airports Authority of Nigeria (FAAN) commends Overland Airways for having a unique approach to doing business, especially in the choice of the routes it operates to. He states: “There are about twenty airports in the country and one will be surprised that some airports don’t even have one airline operating in them. I think Nigerian airlines should start looking in this direction just like Overland Airways has been doing. All airlines must not gather on a route; route development and specialization could be ways to make some airports more functional.”