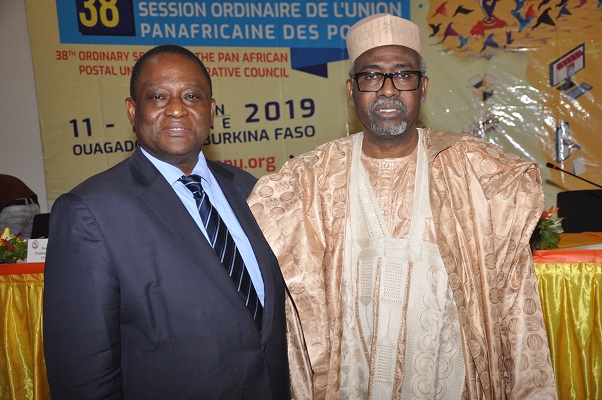 On the occasion of the 38th Ordinary Session of the Pan African Postal Union (PAPU) Governing Council held in Ouagadougou recently, the Association of African Airlines (AFRAA) joined other key continental stakeholders to support PAPU’s initiatives to promote the development of postal activities in Africa.

AFRAA and PAPU recently signed a revised MoU to strengthen their collaboration in order to facilitate the movement of postal parcels in Africa and beyond.

Through the International Air Transport Association (IATA), the airline industry is already working with stakeholders such as airports and handling companies to embed Radio Frequency Identification chips (RFID)in all baggage tags. This innovation will facilitate real-time identification and location of all baggage and parcels using radio frequency.

Similarly, the Universal Postal Union’s efforts to digitize postal networks and to create e-commerce platforms as well as online administrative services will improve service to postal service customers. It was noted that air freight transport will have to undergo transformation as a result of an increased number of small postal packages resulting from e-commerce.

Speaking at the event, the AFRAA Secretary General Mr. Abdérahmane Berthé said: “AFRAA has 42 member companies representing more than 85% of the air transport market in Africa and has a special role to play with PAPU in furthering the economic and social integration of the continent within the framework of African Union’s Agenda 2063.”

He added that consumers requiring prompt delivery, as well as e-commerce providers need an air transport infrastructure that guarantees greater connectivity and cargo capacity in order to address the need to diversify the places of origin and destination of goods.