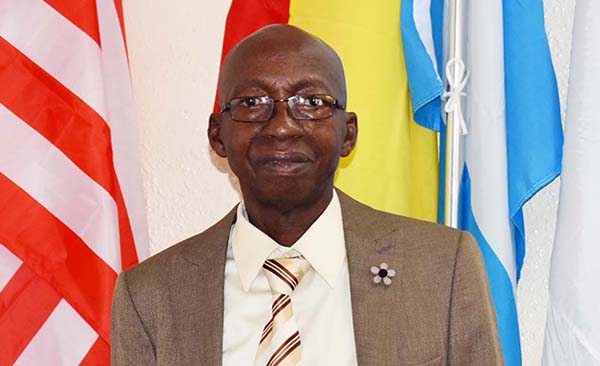 Roberts Flight Information Region (FIR) which manages a portion of West Africa’s airspace recently clinched Civil Air Navigation Services Organisation’s (CANSO) award for its strides in safety management improvement.  Mr. Badara A. Tarawaley, Secretary General/CEO of Roberts FIR, in this revealing interview with Aviation & Allied Business Journal, tells a story of dedication and turn-around of the FIR, and also sheds light on vital issues such as the Single African Sky, drones in manned airspace, etc. as he equally emphasizes the essence of collaboration among African ANSPs.

Q: You recently won the CANSO Global Safety Achievement Award for building and implementing Safety Management System for the Roberts FIR. How were you able to implement this?

A: It all started in an ICAO conference in Montreal Canada in 2016 during which the then President of the Civil Air Navigation Services Organization (CANSO) called a side meeting of African ANSPs and Director Generals where Roberts FIR was singled out as one ANSP that neither partakes in nor hosts meetings. Although new in office, I was in attendance as Secretary General/CEO of the Roberts FIR, so I took responsibility and committed to CANSO that there will be a turn-around.

In fulfillment of this commitment, Roberts FIR hosted the AFI ANSPs Meeting in Freetown, Sierra Leone, in May 2017 at which time Roberts FIR was admitted to the Steering Committee of CANSO and peered with Ghana Civil Aviation Authority (GCAA) and Nigeria Airspace Management Agency (NAMA) in Team 3. Following this event was a Peer Review exercise of NAMA in November 2017 and GCAA in February 2018. I personally led the Roberts FIR delegation that participated in the review of GCAA. At the end of the meeting CANSO ask that Roberts FIR be reviewed immediately after GCAA. I informed CANSO that the Roberts FIR would provide a date in the near future. All these happenings took place when there was no functional SMS at the Roberts FIR.

But upon my return in February 2018 I gathered all the concerned stakeholders and highlighted the need for the implementation of SMS in our organization as a regulatory requirement. We immediately set up an SMS implementation team and contracted an SMS consultant to assist the team. On request, GCAA provided SMS and QMS familiarization training for all Roberts FIR personnel.

Using the CANSO SoE in SMS, CANSO SMS Implementation Guide and CANSO SMS Questionnaire, we commenced the implementation process, completed some initial actions based identified gaps, conducted a mock exercise on 30th June 2018 which was followed by the official launch of SMS in the organization on the 13th July 2018.

We then informed CANSO and our peers of our readiness to be reviewed. The review of our SMS was conducted in August 2018 by NAMA and GCAA and was witnessed by the Minister of Transport of Liberia and the three Director Generals for Civil Aviation from the Roberts FIR member States.

We attained a cumulative average of 83.9% for CANSO Level C rating which led to our nomination by NAMA for the CANSO Global Safety Achievement Award 2018. Roberts FIR won the award for a significant level of maturity in just three months for a newly established system and a robust platform on which further progress could be developed.

Q: How would you describe the traffic in the Roberts FIR; would you say it has recorded any significant growth in the past 5 years?

A: I would say that the percentage of aircraft movement in the Roberts FIR has significantly increased over the past 5 years by 14.4%. However, we experienced a dip in 2015 due to the Ebola outbreak that caused airlines to withdraw from our region.

Q: The AFI Peer Review Mechanism is a new platform to promote common growth and development among ANSPs in Africa. How have you benefited from this in Roberts FIR?

A: I would like to start by encouraging all African ANS providers to sincerely embrace the AFI Peer Review initiative as a welcome idea and work towards its effectiveness if we are to grow and develop as a region. Roberts FIR as a member of Team 3 of the AFI ANSP PRM has so far benefited a lot from their peers as result of this initiative. Despite the challenges, Roberts FIR now has a functional SMS. We have also benefitted from trainings and expert advice on SMS from our peers at no cost. We won global recognition for our SMS implementation which was largely due to support from our peers. We are equally benefiting from global ATM related information being full members of CANSO. In addition, we stand a chance of benefiting from CANSO trainings in the near future.

Q: The Single African Air Transport Market (SAATM) and the Africa Continental Free Trade Area (AfCFTA) launched recently would depend remarkably on the strength of the African ANSPs for smooth interconnectivity in Africa. What is your view in this regard?

A: The potentials that Africa possesses far exceed what the continent and its people currently benefit. Personally, I would welcome and support any undertaking that would tap into opportunities available to Africa to improve livelihood on the continent.

I believe that in order for the Single African Air Transport Market (SAATM) to become a success, each State must show willingness and determination to assimilate and commit efforts, resources and know-how toward this objective. This entails the harmonization of policies, procedures and technology among African ANSPs. In my view, this is achievable with determination and commitment.

Q: In your own assessment, how close is Africa to achieving the Single African Sky in terms of interoperability of ATM facilities and harmonization of ATM policies?

A: I would say that Africa needs to harmonize regulatory mechanism for the upper airspace for sub-regional territories (i.e. ECOWAS, SADC and EAC) instead of the country-based systems. The Single African Sky concept does not necessarily entail a single service provider per se, but rather emphasizes on harmonized and interoperable ATM system. Once these sub-regional central control centers have been established the move for a continent-wide central control center will be possible though its success would largely depend on political will and economic situations of individual States.

Q: What is African ATM stakeholders or ANSPs learning from the EU SESAR and Single European Sky project as a unifying platform?

A: African ATM stakeholders or ANSPs would learn from the EU SESAR and single European Sky Project as a unifying platform on how to improve Air Traffic Management (ATM) performance by modernizing and harmonizing ATM systems through defining, developing, validating and deployment of innovative technological and interoperable ATM solutions. They would also learn how to manage air traffic in the future and the prerequisites to make it happen; and also reform ATM in Africa in order to cope with sustained Air Traffic growth and operations under the safest, most cost-effective, flight-efficient and environmentally-friendly conditions.

Q: In what areas would you think Africa needs quick improvement in ATM?

A: In the areas of technological upgrades, human capital improvement and optimization of resources. There is also urgent need for effective resource allocation due to extra traffic and flexible sectorization in order to minimize delay and overtime of ATCOs.

Internal performance monitoring system with pre-defined objectives to be met is equally important, as well as introduction of integrated ATC data processing system. We also need to look at variously optimization and modernization initiatives, technological investments projects – implementing new technologies and standards, as well as implementation of CDM and ATFM.

Q: How ready are African ANSPs and the Roberts FIR in particular to address the challenge of accommodating drones and UAVs in the manned airspace?

A: Because of the sensitive nature of drones and UAVs operations, risk to aviation becomes a primary concern and would therefore require in the first place a regulation by the States. The law must take into consideration cyber security and terrorism risks to aviation, among others. Some of the challenges drones and UAVs operations may pose among others may arise as airspace structure and air traffic service were based on manned aviation not remotely piloted aircraft. Other challenges may include all-weather capability (icing detection/protection), interception orders; pilot and operator knowledge and training, and international harmonization.

To conclude, I would like to encourage the States to analyze the socio-economic viability of drones/UAVs operations, which also have the potential to create jobs and enhance tourist attraction, and come up with regulations for drones and UAVs operations.