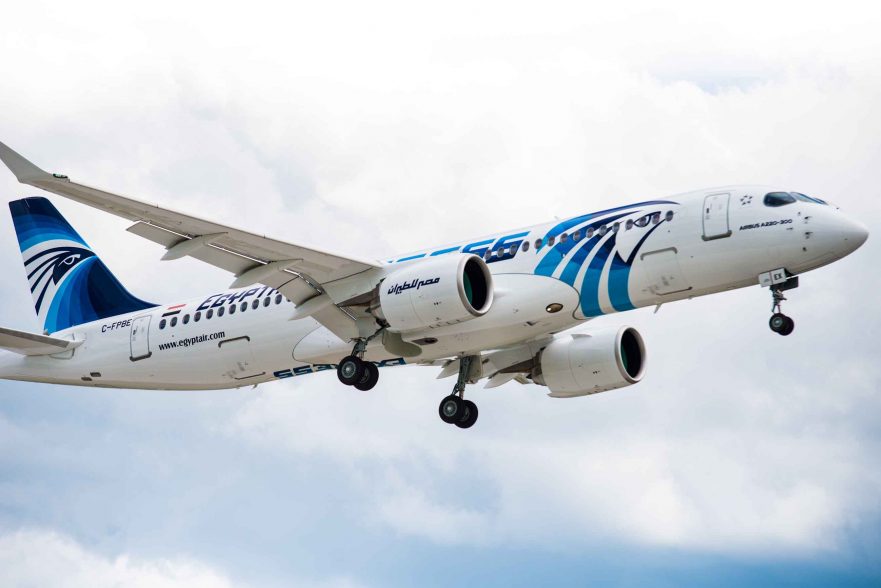 EGYPTAIR has taken delivery of its first of 12 A220-300 aircraft on order, becoming the first A220 operator based in the Middle East and North African region, and the sixth operator worldwide. The Cairo-based airline intends to fly the aircraft on routes to and from its main Egyptian Hub in Cairo in the coming days.

Representatives from the airline, alongside executives from Airbus Canada Limited Partnership celebrated the aircraft handover at the A220 Mirabel final assembly line.

“We are proud to welcome our very first A220 aircraft and to be the first airline in the Middle East and North African region to take delivery and launch commercial operations of the A220 – the most innovative and technologically advanced aircraft in the world,” said Capt. Ahmed Adel, Chairman and CEO, EGYPTAIR HOLDING Company. “Airbus’ A220 airliners are integral to the execution of EGYPTAIR business development strategy Horizon 2025 and fleet optimization plan.”

“We are delighted to welcome EGYPTAIR to the growing family of A220 operators and look forward to seeing their passengers enjoy the experience of travelling on board the A220‘s bright, spacious and modern cabin,” said Philippe Balducchi, CEO, Airbus Canada Limited Partnership and Airbus Head of Country Canada.

The A220 is the only aircraft purpose-built for the 100-150 seat market; it delivers unbeatable fuel efficiency and widebody passenger comfort in a single-aisle aircraft. The A220 brings together state-of-the-art aerodynamics, advanced materials and Pratt & Whitney’s latest-generation PW1500G geared turbofan engines to offer at least 20 percent lower fuel burn per seat compared to previous generation aircraft. The A220 offers the performance of larger single-aisle aircraft.

EGYPTAIR currently operates a fleet of 15 Airbus aircraft and still has 15 A320neo aircraft as well as 11 A220 aircraft to be delivered in the coming years.