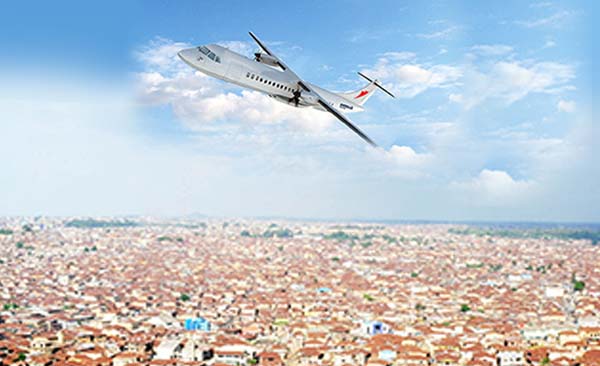 In line with its commitment to linking economies by offering quick, reliable and comfortable flight services, Overland Airways, one of Nigeria’s leading schedule and charter airlines, has introduced premium flights between Lagos and Ibadan.

The newly introduced flights, which come with flexible options for the convenience of passengers, are available between August and October 2019 and are operated with Overland Airways’ technologically efficient fleet of modern aircraft.

Interestingly, the estimated travel time for the flight is 20 minutes. This makes the flight a preferred time-saving option for business persons and leisure-seekers moving between the two South-West capital cities and the environs. Travellers can book, pay and check-in on Overland Airways

Ibadan, reputed as the historic largest city in West Africa, is the economic and political capital of Oyo State. It is known for its many firsts – first television station in Nigeria, first stadium, first university college hospital, first skyscraper, etc. -, and it is a raw materials source for agro-allied industries in the region.

Lagos, the economic epicenter of Nigeria, houses the headquarters of many leading companies in the country. With an estimated population of over 20 million people, a sizeable part of which are the middle-class, is the main hub of West Africa’s economy.

Overland Airways’ Ibadan-Abuja-Ibadan flights operate daily and because of its reliability and professionalism, Overland Airways has become a household name and preferred economic development partner in Oyo State as it is in several other hinterland economies.

Overland Airways is the longest-serving and most-consistent scheduled commercial airline providing uninterrupted flight service in Nigeria over the past 17 years, not taken over by the Asset Management Cooperation of Nigeria (AMCON).