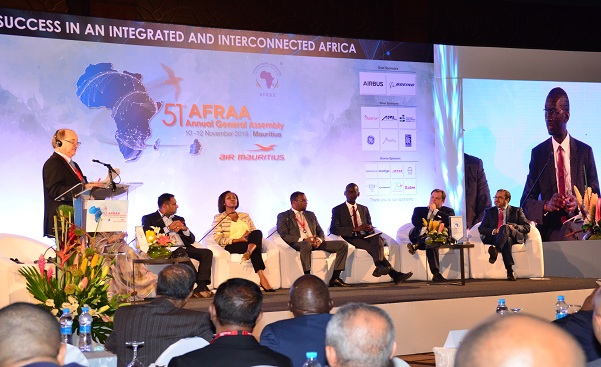 This year’s Assembly was officially opened by the President of the Republic of Mauritius and brought together more than 400 delegates from across 60 countries. It was noted that the theme of the summit “Success in an integrated and interconnected Africa” will help uncover challenges, opportunities, lessons and recommendations that will help galvanize efforts towards making the aviation sector in Africa more resilient and competitive.

Speaking as Chief Guest at the Opening Ceremony,H.E Paramasivum Pillay Vyapoory, Acting President of the Republic of Mauritius said: “I am delighted that the AFRAA AGA is being held in Mauritius following a successful Stakeholder Convention last May. Our island state is a vivid example of the impact Air Connectivity can have on a country’s economy. Africa is a continent of opportunities. Only a collaborative effort from all of us can help unlock the potential of aviation and stimulate further economic growth on our continent. I wish all delegates a fruitful summit.” 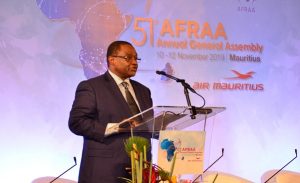 In his opening speech, Mr. Abderahmane Berthé, AFRAA Secretary General, said: “In an effort to boost the competitiveness of African airlines we have created the AFRAA consulting unit which will serve as a knowledge and expertise hub for the African air transport market. Furthermore, our vision, mission and strategic objectives have been revamped to ensure we can better meet the needs of African carriers so they can become key players and drivers of African economic development.”

He added that the governance framework of the Association has been redesigned to enhance efficiency and effectiveness.

On his part, Mr. Somas Appavou, CEO of Air Mauritius said: “Most agree that in order for African aviation to achieve its true potential, a major paradigm shift is required; not only among key players, but also among all stakeholders within the continent’s aviation ecosystem. Improved collaboration among African airlines is probably the single most urgent target we must set for ourselves because alone, no African airline will successfully overcome the hurdles of scale and the high cost base that are holding back the African aviation industry.” 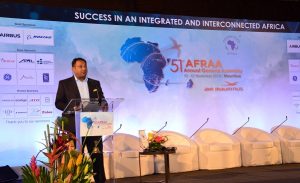 Mr. Appavou also reiterated his wish for the creation of a first African Alliance.

Deliberations over the course of the 51st AGA which feature high level partners such as the International Civil Aviation Organization, The International Air Transport Association (IATA),the African civil aviation commission and others delved into matters of interest of the African air transport market including the reconciling of the Single African Air transport market with airline strategic plans, growth avenues to be found in positive synergies and the next steps towards enhancing competitiveness to boost employment creation, revenue generation and continued economic transformation.