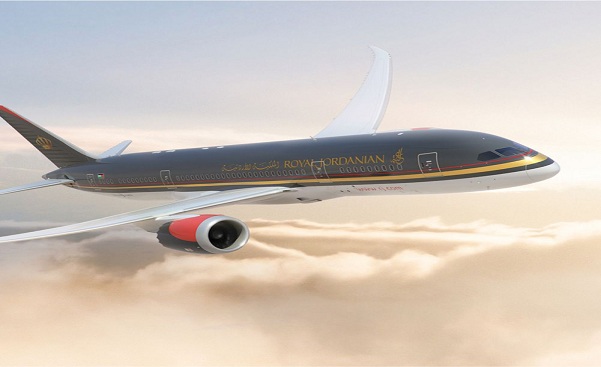 Royal Jordanian recently marked its 56th anniversary, showcasing notable achievements of the airline established in 1963 as the national carrier of Jordan. The airline has since been an ambassador of goodwill and friendship to other cultures, and a bridge that facilitates tourism and trade with the world.

RJ President/CEO Stefan Pichler, expresses the airline’s appreciation for the care the Kingdom and the Jordanian government give RJ, and for their keenness to maintain RJ as Jordan’s carrier that can contribute to the national economy.

He says: “We are proud of our logo, which is a very strong and powerful symbol, and which makes us work even harder to take our company forward and achieve the planned turnaround. It makes us all believe in Royal Jordanian and work together as a team to make it happen.”

In 1963, the company had 250 employees, operated two aircraft — a Handley Page Dart Herald and a DC7 — and was flying to three destinations: Beirut, Kuwait and Cairo. Now its fleet counts 25 aircraft that fly to 45 cities spread over four continents. Eight destinations are still suspended for security reasons: Damascus, Aleppo, Sanaa, Aden, Tripoli, Benghazi, Misrata and Mosul.

The next six years will witness fleet modernization, through the introduction of 18 narrow-body aircraft, 15 of which will replace the current ones, the airline says. Its passengers increased from 87,000 in 1964 to more than 3.3 million by the end of this year; the number of yearly flights grew from 4,000 to more than 34,000 over the same period.