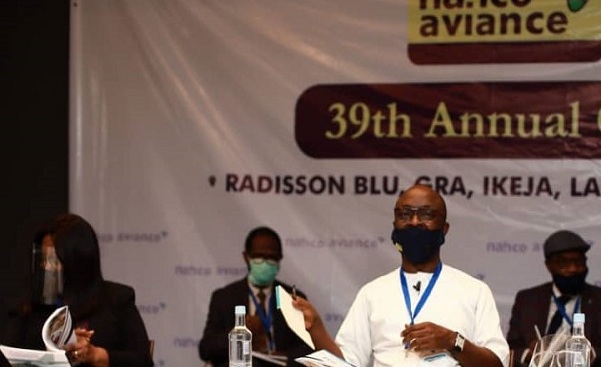 The Nigerian Aviation Handling Company (NAHCO Aviance) said it Profit Before Tax (PBT) has grown to N1.34 billion in the year ended December 31, 2019, representing 166 per cent increase when compared to the same period in 2018.

The ground handling company stated that it also paid N487 million as dividends at 30 kobo per ordinary share of 50 kobo each, as approv­ed by its shareholders.

Dr. Seinde Fadeni, Chairman of NAHCO stated this at the 2019 Annual Reports and Accounts of its Annual General Meeting (AGM), which was transmitted virtually to its shareholders in compliance with the World Health Organization (WHO) and Presidential Taskforce (PTF) on Covid-19 pandemic.

Dr. Fadeni noted that NAHCO in its PBT 2018, had N503.237 million, but grew to N1.34 billion in 2019, which he attributed to the several measures put in place during the financial year to control costs and income revenue by the company.

He, however, stated that the year would have ended on a better note, but the United States – China trade issues and the virus in the Asian country affected importation and reduced flight frequencies at the tail end of 2019.

“In line with our business strategies, the initial problems of increased costs of operations and administrative expenses have been taken on board by management and are being released,” Dr. Fadeni added.

Mrs. Olatokunbo Fagbemi, the Group Managing Director, NAHCO, stated that in the year under review, the group’s PBT increased to N1.340 billion, while group’s operating cost decreased by 1.4 percent and administrative expenses decreased by 12.1 percent.

Mrs. Fagbemi explains that the group expended resources into re-fleeting, which produced immediate result as the company was able to provide a more efficient service, reduced degreasing and cost of maintenance.

She stated that the company upgraded the warehouses in Lagos, Kano and Abuja airports, adding that it also began the implementation of the new staff condition of service, which enhanced workers’ welfare and promoted industrial harmony in the group.

“Last year, we announced an asset acquisition plan of over N3 billion. Management is grateful to the board fir its timely approval of this asset renewal plan and the aggressive purchase of ground support equipment,” Mrs. Fagbemi added.