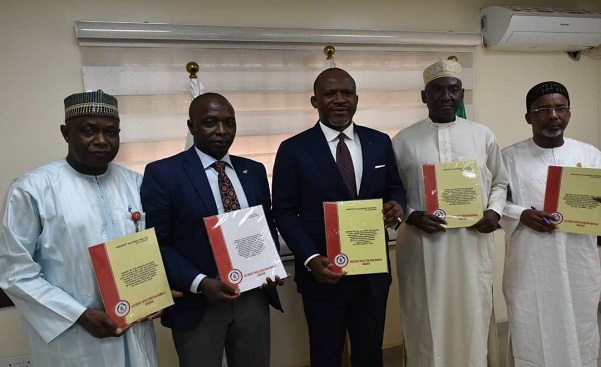 The Accident Investigation Bureau Nigeria (AIB-N), has released four accident reports including that of the Quorum helicopter crash, the only fatal accident in the country in the last five years.

The agency, besides the four reports also released a Safety Bulletin at a press conference held at her Abuja Corporate Headquarters.  The fatal accident, which involved Quorum Aviation Limited Bell 206B3 Helicopter with registration 5N-BQW, occurred at Opebi, Ikeja, Lagos State on 28th August 2020.

Addressing the media, AIB-N Commissioner, Engr. Akin Olateru disclosed that the causal factor of the accident was due to fuel exhaustion at low altitude and low speed leading to loss of control in flight.

He added that the pilot’s decision to continue the flight towards the intended destination with insufficient fuel instead of landing as soon as practicable in line with section 12.12 of Quorum Aviation Limited Operations Manual Part A, was part of the contributing factor that led to the fatal accident.

Other contributory factors, according to the Commissioner, was the lack of effective management supervision of the airline’s flight operations and inadequate safety oversight of Quorum Aviation Limited

Three Safety Recommendations were, therefore, addressed to the Nigerian Civil Aviation Authority (NCAA) and the airline in the report.

In the other three reports and one Safety Bulletin released, the Bureau addressed a total of nine Safety Recommendations to the NCAA, the affected airlines, the Federal Airport Authority of Nigeria (FAAN), among others.

Olateru stated that the newly released reports make a total of 53 reports released by his administration at AIB, adding that 72 reports have been released since the establishment of the Bureau in 2007.

He further added that the Bureau has, so far, released a total of 232 Safety Recommendations since 2007, 151 of which were released by his administration from 2017 till date. This, he said, is in line with fulfilling the Bureau’s mandate of investigating aircraft accidents and serious incidents with a view to enhancing air safety in Nigeria.

“The Bureau is very conscious of her critical role in assuring a robust aviation safety in the country and globally even as it has resolved to pursue this with all vigour,” Olateru said.

The Commissioner who appreciated the Hon. Minister of Aviation, Senator Hadi Sirika for his unrelenting support for the Bureau, said “We have the men and the equipment backed with government support to ensure that AIB-N plays her role effectively and purposefully.”

“Details of all the reports, which include the factual information, findings, analysis, conclusions and safety recommendations on the investigations are available on the Bureau’s website, (www.aib.gov.ng)”, he concluded.