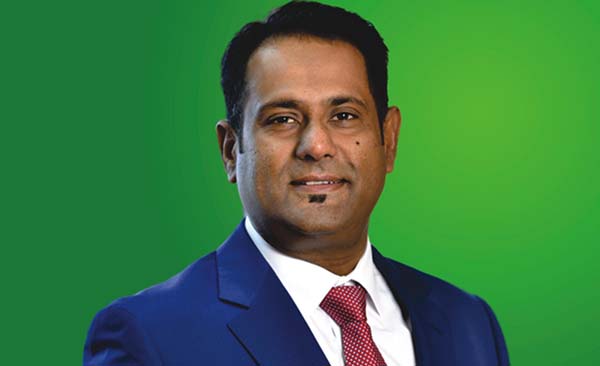 Several big and small African airlines have come and gone over the last five decades due to the challenging operating environment in Africa. But interestingly, Air Mauritius has continued to push forward in providing vital flight services connecting the Indian Ocean and mainland Africa, as well as other continents.

Air Mauritius was created in 1967 with the primary aim “to provide vital trade and travel links with the rest of the world, support tourism, support the Export Processing Zone and foster the development and economic independence” of the Republic of Mauritius and the Indian Ocean as a whole. The airline commemorated fifty years of flight operations in June 2017.

By operating flights from its hub at the Sir Seewoosagur Ramgoolam International Airport to about 25 regional and international destinations including Europe, Asia, Australia, Africa and the Indian Ocean, the airline is key in the implementation of the Mauritian Economic Strategy.

Annually, the airline connects millions of people to-and-from the Indian Ocean for trade and leisure purposes and provide about 30,000 direct and indirect jobs in the Mauritian economy. It also contributes about 15% to the Gross Domestic Product of Mauritius.

As Mr. Somas Appavou, the Chief Executive Officer of the airline, puts it, “The destinies of the airline and the country are aligned.” Air Mauritius has become a significant tool driving tourism in the region and embraces partnerships with tour operators in this regard.

Mr. Appavou, has the mandate to lead his team to constantly achieving the projected goals of the airline, especially in relation to further economic growth of the Island of Mauritius. Appointed on July 14, 2017, Mr. Appavou, an aviation professional with over twenty years experience, is expected to reposition the airline for more profitability. Air Mauritius already has collaborative agreements with airlines within and outside Africa including Kenya Airways, Singapore Airlines, Air Madagascar, Malaysian Airlines, Emirates, among others.

Air Mauritius also has reached into other areas including ground-handling, helicopter operations, tour and holiday packaging, among others to bolster its revenue. Air Mauritius is a recipient of awards from reputable international bodies including SKYTRAX and Changi Airport Group.

Mr. Somas Appavou was appointed CEO of Air Mauritius on July 14, 2017. He has over 20 years’ experience in the aviation industry and has worked in key global markets. He started his career in the Strategic Planning Department of Air Mauritius. He later joined Airbus where he held leadership positions including Head of Supply Chain in Hamburg, Germany and Regional Sales Director for Subcontinent-India and Africa.

He was appointed Senior Sales Director, Middle East and Africa in 2009, a position he held until July 2017.

In this capacity, Mr. Appavou was in charge of mounting market presence and supporting the growth of established airlines and the development of new airlines in Africa. He is well versed in forming new business and industrial partnerships along with providing global functional support. During the past ten years, Mr. Appavou grew Airbus commercial reach exponentially by selling over 200 aircraft to various customers around the world.

Holder of multiple awards in Innovative Aircraft Financing Structure, Process Improvement and Aircraft Economics, he is also a certified Six Sigma Black Belt. Mr. Appavou holds a Masters degree in Applied Mathematics from the University of Bordeaux in France, an M.Phil in Aerospace and Air Transport Economics from the École Nationale d’Aviation Civile in Toulouse, France. Mr. Appavou is a passionate pilot having obtained his license in 1999 and enjoys flying as leisure.