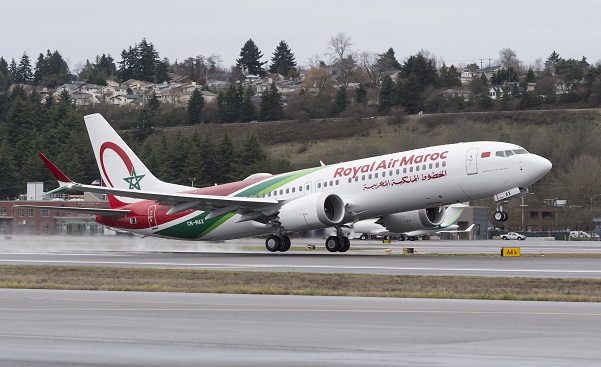 The prize was given to the National Company at Global Traveler’s annual award ceremony on Tuesday, December 14, in Los Angeles. In the same survey, Royal Air Maroc was also ranked as the fourth Best Airline in the Middle East and North Africa, behind Etihad Airways, Emirates and Qatar Airways.

The GT Tested Reader Survey is a prestigious poll in the airline industry and luxury tourism. The survey was conducted by Global Traveler, an international monthly publication for frequent business and luxury tourism travellers.

More than 20,000 magazine subscribers took part in the vote at the 18th edition of the GT Reader Survey.

Mr Hamid ADDOU, Chairman of The Board and CEO of Royal Air Maroc underlined: “We are happy and honoured to be recognized as the best airline in Africa. This award is recognition of our efforts to maintain the highest standards of service for our clients. It motivates us above all to continue to move forward and improve ourselves, despite the difficult times that our sector is going through.”

According to Royal Air Maroc, this distinction confirms a series of awards it recently received. In 2019, the National Airline was elected Best Regional Airline in Africa by Skytrax, for the 6th consecutive year. It also maintained its 4 star Skytrax label.

Highly coveted by airlines, the Skytrax award is a world-renowned award in the airline industry.

Furthermore, Oneworld, the alliance Royal Air Maroc has joined in 2020, won the title of Best Airline Alliance for the 12th consecutive year.