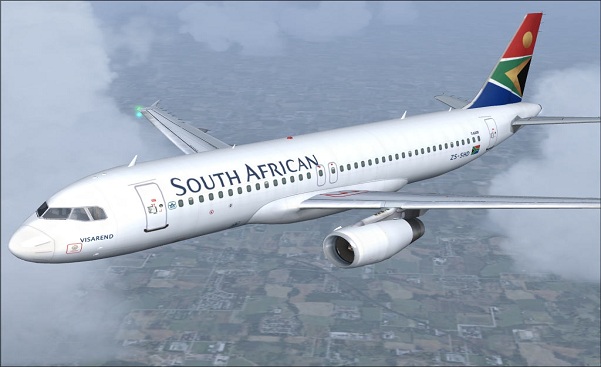 South African Airways, one of Africa’s prestigious and biggest five airlines, has announced plans to resume flights on September 23, 2021. The airline has faced management and financial challenges further compounded by the impact of the COVID-19 pandemic.

“The wait is finally over. In just under a month, the striking and familiar livery of SAA will once again be visible in the skies as the airline resumes operations,” the airline recently stated, adding that “the carrier has confirmed the first flights will commence on Thursday, 23 of September 2021.” Tickets will go on sale on Thursday, 26 August 2021, it said, noting that Voyager bookings and Travel Credit Voucher redemption will be available from Monday, 6 September 2021.

Interim CEO Thomas Kgokolo, said: “After months of diligent work, we are delighted that SAA is resuming service and we look forward to welcoming on board our loyal passengers and flying the South African flag. We continue to be a safe carrier and adhering to COVID-19 protocols.”

SAA will as an initial phase operate flights from Johannesburg to Cape Town, Accra, Kinshasa, Harare, Lusaka and Maputo. More destinations will be added to the route network as it ramps up operations in response to market conditions.

Kgokolo added, “there is a profound feeling of enthusiasm within Team SAA as we prepare for takeoff, with one common purpose – to rebuild and sustain a profitable airline that once again takes a leadership role among local, continental, and international airlines.”

Kgokolo further stated that “the aviation sector is currently going through a testing period, and we are aware of the tough challenges that lie ahead in the coming weeks. We thank South Africa for the support we have received in getting us to where we are today. As we are now poised for takeoff, we see this as a major milestone for SAA and the country.”

According to the airline, the chairman of the SAA’s Board, John Lamola, stated that since the national carrier came out of business rescue at the end of April 2021, the Department of Public Enterprises together with the Board and the Management team have been seized with planning for the relaunching of a restructured and fit for purpose airline that South Africans can again be proud of. “The airline is restarting with a formidable business case”, said Lamola.