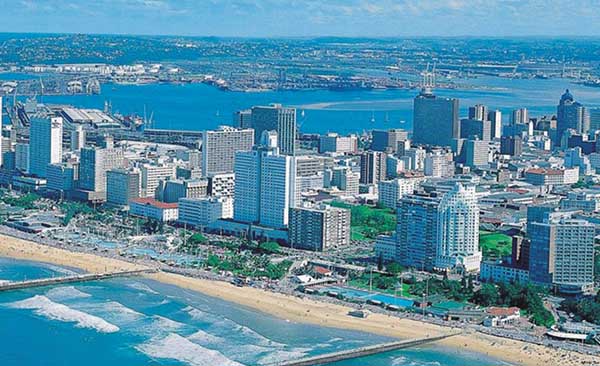 The Single African Air Transport Market (SAATM) was launched in January 2018 by African Union (AU) leaders to liberalize air services for operators within the continent, and thence redefine Africa’s approach to aviation and air transport development in Africa.

To many, so far, the march towards liberalization of air transport in Africa has made some progress; but in terms of yielding the acclaimed benefits to Africa, the extent of this progress still remains hazy. There is, however, widespread optimism that that single African sky concept is the best way to go, judging by its benefits to individuals, businesses and Africa’s economies.

At a closer look, formidable efforts are on-going to get all States to sign the Solemn Declaration for the SAATM, as well as get all of Africa’s Regional Economic Communities (RECs) to sign a Memorandum of Cooperation with the African Civil Aviation Commission (AFCAC), which is the Executing Agency of the Yamoussoukro Decision (YD) and the SAATM.

Chad, Central African Republic and Gambia recently added their strength to make the 26 States that have signed for the SAATM so far. But there is ever strong optimism for Africa-wide SAATM compliance before 2018 ends. All States acquiesce to the benefits of a liberalized air transport market in Africa, and actually want to enjoy such benefits. But 28 States are asking for more time to reassess expected benefits and how they will participate in the liberalized market.

However, these are not unassailable reasons for keeping away from the SAATM. The taste of the pudding is in the eating, optimists of the SAATM say. Joining the SAATM will engender States to improve and streamline their infrastructure, policies and aviation businesses – including airports and airlines and Air Navigation Services Providers (ANSPs) much faster than just pondering on the sideline. Many believe that establishing the SAATM is one major decisive step Africa has taken to secure the future of aviation and air transport on the continent; and speed is now of the essence. Thus, the hard work now is to take another decisive step to bring the 28 States on-board as quickly as possible. 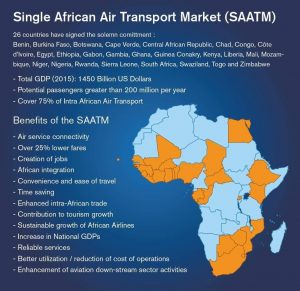 Apart from the inadequate publicity of these laudable efforts so far, AFCAC, as the Executing Agency of the Yamoussoukro Decision (YD) and the SAATM, is limited by insufficient capacity and resources. It also faces the challenge of slow response from Regional Economic Communities (RECs) who are expected to coordinate and drive the acceptance and implementation of SAATM in their regions.

Beyond that, RECs, in turn, face the difficulty of resolving the divided positions of stakeholders within individual non-compliant States. “When you talk to States, you find out that the issues are within national stakeholders and the positions are sometimes divergent. It makes our role as RECs very difficult,” says a senior REC official.

For now, two RECs have signed the Memorandum of Cooperation with AFCAC to drive the SAATM in their various regions, while East African Community (EAC), the Common Market for East and Southern Africa (COMESA) and Inergovernmental Authority on Development (IGAD) have expressed readiness to sign.

Focusing on individual States and the Heads of Government in the remaining States could bring greater success, as suggested by a stakeholder, who calls for the SAATM Champion State, Togo, AFCAC, the AU Chairperson and Chairperson of the AU Commission to step up engagements with non-compliant States.

Col. Dokisime Gnama Latta, Director General of Togo Civil Aviation Authority, and key driver of the SAATM, continues to make frantic calls to non-compliant States to join the SAATM, echoing the intent of the Champion of the SAATM, His Excellency Mr. Faure Gnassingbe, the President of Togo.

“Together, we will be very strong in aviation to improve connectivity, security, safety and economic development in Africa,” Col. Latta says.

Mr. Papa Atoumane Fall, Acting Secretary General of AFCAC, wants all RECs to plan workshops before the end of 2018 to review and drive the SAATM forward in their region, as recently done by COMESA.

Under the SAATM, air navigation services providers, regulators, airports and airlines in Africa are expected to revamp their operations and embrace cooperation overall, while States must adopt the reviewed YD Single African Air Transport Policy. Though some airlines and States see these tasks as challenges, essentially, beyond these tasks lie the huge benefits of SAATM.

One of the key issues still not widely known or understood are the YD/SAATM Regulatory Instruments. Airlines and other stakeholders want to know these ground rules which AFCAC had worked hard to review and update over the past 5 years or more.

Thus, there are efforts now to ensure the regulatory instruments of the YD are well publicized which will provide guidance for the successful implementation of SAATM across Africa. Stakeholders are optimistic that this could provide the conviction reluctant States and airlines need to commit to the SAATM. Mr. Kofi Henaku, CEO, Henson Geodata Technologies Ltd., says making the Policy readily available is vital for the SAATM and the industry.

The SAATM has stated yielding benefits. The most remarkable development among African airlines is perhaps the move by Ethiopian to establish partnerships with various African States airlines to fortify the Ethiopian Airlines Group. Ethiopian draws strength from the SAATM to foster its Africa-wide multi-hub strategy as an early adaptor of the SAATM.

Airlines like Overland Airways have expansion programmes that have now matured into the SAATM regime, and are opening various destinations in West Africa including Niamey, Lome and Cotonou, and more. RwandAir, Air Namibia, Air Cote d’Ivoire and several others are fast expanding; while fastjet is strengthening its low-cost version of multi-hub airline strategy in Africa. 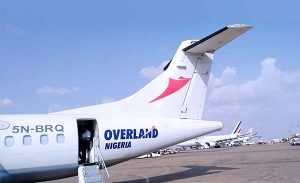 Ghana is SAATM compliant. The newly launched Terminal 2 of the Kotoka International Airport, Accra and the adjoining Airport City challenge the mediocrity in airports development in the region, and for the first time attracted an A380 aircraft. There are more examples.

In 2017, few States and one REC celebrated the YD Day. To create greater awareness and acceptance for the SAATM, more intensive celebration of the YD Day 2018 and beyond could be helpful. The EAC indicates willingness to incorporate the YD Day into its small committee meeting scheduled 13-16 November, 2018 in Entebbe, Uganda.

AFCAC, according to Mr. Papa Atoumane Fall, Acting Secretary General of AFCAC, is to begin its capacity building programme soon. Industry observers believe AFCAC needs to be empowered with human and material resources to be able to carry out its mandates regarding execution of the SAATM and YD, as well as aviation training harmonization and safety initiatives in Africa.

The SAATM requires a sustained strategic media outreach that outlines the progress and benefits achieved and what benefits lie ahead. This is mainly because some of those expected to drive SAATM in their regions or States are either unaware or disinterested in the initiative. The SAATM would deliver Africa’s future as widely believed. But first, SAATM must be delivered by African States, airlines and partners especially from within the continent.

While a new crop of airlines, airports and other services will emerge in Africa in response to the SAATM, however, it may not be surprising that only States and businesses that are ready for the SAATM will flourish in Africa’s unfolding competitive air transport and economic environment.