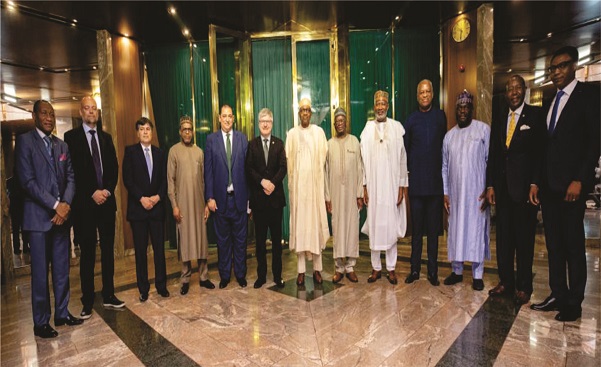 Perhaps, the most outstanding outcome of the 7th AFI Week held in Abuja mid-May 2022 is the successful meeting of ICAO Secretary General, Juan Carlos Salazar, and high-level aviation leaders and regulators in Africa with President Muhammadu Buhari of Nigeria, to emphasise on the need to provide political will to support aviation development in Nigeria and indeed Africa.

Lack of political will has been one of the cardinal factors causing the slow-down and non-implementation of key aviation industry decisions and projects on the continent.

Nigeria, as a leading aviation State in the region, has demonstrated willingness to drive aviation development by being in the forefront of signing and domesticating instruments like the Cape Town Convention, ratifying the Single Africa Air Transport Market (SAATM), and the African Continental Free Trade Area (AfCFTA), etc. And Sen. Hadi Sirika, Nigeria’s Minister of Aviation, says President Buhari has been supportive to aviation, as he also emphasizes the importance of developing aviation infrastructure and growing air traffic in Africa. Similarly, Capt. Musa Nuhu, the Director General of the Nigerian Civil Aviation Authority (NCAA), stresses the essence of air transport in achieving the African Union’s (AU’s) economic transformation agenda for Africa.

Given the very low level of aviation development in Africa as compared to most other aviation regions, the visit to President Buhari, and indeed other such high-level engagements with other African political leaders are now necessary to elicit the much needed political will to transform aviation in Africa. 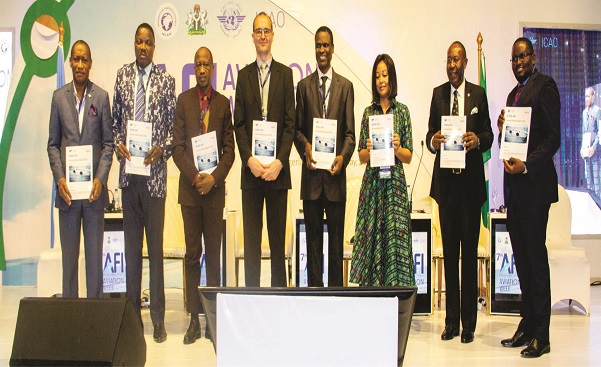 A number of Africa’s partners such as Singapore demonstrate strong political will towards aviation development which African States must emulate. In furtherance of Singapore’s support to Africa, Dr. Amy Khor, Singapore’s Senior Minister of Sustainability and Environment, reveals that Singapore is making financial commitment to support efforts under the AFI Plan. Singapore’s positive stance has been well-received in Africa. Further, the presence of the European Union, which has a number of financial and other commitments in Africa, and the European Aviation Safety Agency (EASA) at the AFI Week in Abuja points to continued interest and support for Africa from Europe, which is Africa’s biggest air transport market.

What is also notable from the 7th AFI Week is the unprecedented zeal among African States’ Civil Aviation Authorities (CAAs) to enhance the Effective Implementation (EI) of the ICAO’s critical elements of Safety. In fact, Mr. Levers Mabaso, Chairman of the AFI Plan Steering Committee and Representative of South Africa at ICAO, expresses satisfaction over the progress among African States so far, and particularly, the willingness of States to continue to improve their performance. He calls on States to identify their areas of need in terms of the EI and report to the AFI Plan Secretariat in order to benefit from joint resources available for the continent.

Though Mr.  Mohamed Khalifa Rahma, Director, Air Transport Bureau of ICAO, reveals that States are now required to meet the new benchmark of 75% implementation of the critical elements, many African States are still below the previous benchmark of 60%. However, what is exhilarating is the level of improvements in the EI among African States, which Mr. Barry Kashambo,  ICAO’s regional Director for Eastern and Southern Africa (ESAF) and Mr. Prosper Zo’o Minto’o the Regional Director for West & Central Africa Region strongly commend.

In fact, States like Burundi, Eswatini, among several others express their need for assistance. And experts understandably urge States with higher levels of EI to provide assistance to others. With such cooperation, Africa’s overall EI level and safety performance would significantly improve. This would boost confidence in Africa’s safety performance, and address several issues including the erroneous depiction of Africa as a poor safety region which over the years has affected cost of aircraft, insurance, etc., despite world-class safety regulation evident among many States in Africa.

Africa is creating stronger awareness and response to security and facilitation (SECFAL). Mr. Salazar believes Africa has made significant new progress in the aspect of aviation security in the continent. “During this year’s AFI Week activities, I was greatly encouraged to hear the report provided during the 11th AFI SECFAL Plan Steering Committee meeting, which reflected some significant new progress and achievements,” he emphasises.

However, new technology-based security concerns now focus Africa’s attention to raise capacity to respond accordingly. ICAO in this regard emphasizes the use of technology in passenger facilitation and boarder control. While the Interpol particularly draws attention to terrorist groups that pose security threats in various parts of Africa, Mr. Kabbs Twiljuke, Chairman of the AFI SECFAL Steering Committee, wants enhanced prompt exchange of security information among Sates to support secure air travel.

AATO – Rescued from the Brink

Aviation training is one of the major areas of concern in Africa. Africa needs sustainable development of professionals to replace ageing and retired aviation experts. There is also a disturbing issue of retaining these talents who, for certain reasons, are attracted to other industries and regions. To fill this gap, the African Aviation Training Organization (AATO) was established to harmonise aviation training standards and accelerate development of future aviation professionals.

However, according to Dr. Mugambi M’Nchebere, President of AATO and Director of the East African School of Aviation (EASA), due to poor resourcing, the AATO faces extinction and needs vital support. Rather than standing alone, AATO would fare better under a cooperative framework that shares resources under the AFI Plan, which can be closely monitored for effective progress, rather than duplicating resources.

The African Civil Aviation Commission (AFCAC), while being the Executing Agency (EA) of the Yamoussoukro Decision (YD)/SAATM, is also mandated to drive aviation security and training improvement in Africa. Now, AFCAC is further tasked to drive data collection for effective training among African States. Data is one of the scarcest resources in Africa, and training and capacity building challenges would become simplified with fact-based data to direct training resources to areas of need. AFCAC is taking steps to improve training with a new agreement with Singapore signed at the 7th AFI Week. Ms. Angeline Simana, Interim Secretary General of AFRAA, assures of AFCAC’s readiness to work with States, regional organization and ICAO and other partners to improve Africa’s overall aviation development. She calls for renewed commitment to deliver the Abuja safety targets through effective training.

The issue of environmental protection has taken a new dimension as various instances of global natural degradation continue to emerge. To make the departure from fossil fuels, ICAO is already coordinating global efforts towards the development of sustainable aviation fuels under the ICAO Long Term Aspirational Goals (LASGs). A number of African States are currently working with ICAO to explore sources of SAF believed to be abundant in Africa. And investors are urged to provide the technology which could make Africa a leading supplier of SAFs.

As indicated by ICAO, 200 government, aviation, and industry officials, representing 46 States and 17 international and regional organizations, in addition to ten members of the ICAO Council were present in Abuja to push further efforts to enhance Africa’s safety, security and facilitation as well as training and environmental performance. This cooperative effort readily paves way for next phase of Africa’s aviation development.

Mr. Juan Carlos Salazar refers to Africa as a “Region of Hope”, essentially based on commendable improvements in regulatory efforts, presence of resources for sustainable aviation fuel, a vast land area for a thriving regional aviation, and over 1.3 billion population that could drive air traffic if economically empowered to use air transport. Whereas air transport contributes  about 72 billion dollars in Gross Domestic Product and seven million jobs in Africa, States, regional aviation organizations in Africa, as well as investors and Africa’s global partners must work cooperatively to increase aviation’s benefits to Africa and world economy. Where there is a will, there is always a way.