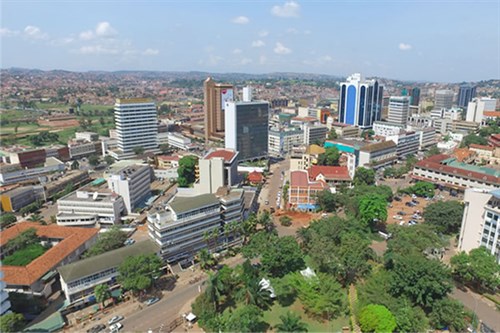 The long-running challenge of inadequate funding for the aviation industry in Africa is seen by many as an issue that Africa’s leading institutions – including funding institutions, Regional Economic Communities (RECs), and industry organizations – are expected to redouble their efforts, directly or indirectly, to address. But how are these institutions poised to make their push for improved funding for Africa’s aviation more effective, now that the industry is experiencing positive growth that requires sustainable funding?

Africa’s air transport industry is transitioning into a very exciting and challenging phase, perhaps unprecedented in Africa’s entire aviation history: exciting because of the expected remarkable growth that would bring new opportunities; and challenging because of the risks the growth would throw up, and the need for airlines, ANSPs, regulators, etc. to effectively manage these opportunities and concomitant risks to benefit the continent.

Some of these opportunities include the projected continued increase in Africa’s 1.3 billion population, in which the middle-class would continue to expand, and its large portion of young population becoming more eager to travel, more likely by air. While nearly ten of Africa’s economies are said to be among the world’s fastest-growing economies, efforts to revamp Africa’s economies equally would empower a greater number of Africans to afford the cost of air travel more than before. Moreso, the Africa Economic Outlook (AEC) released by the African Development Bank (AfDB) late January 2018, states that, for Africa, “real output growth is estimated to have increased 3.6 percent in 2017 and to accelerate to 4.1 percent in 2018 and 2019. Overall, the recovery of growth has been faster than envisaged, especially among non-resource-intensive economies.”

Within aviation specifically, traffic is forecast to double by 2035. Efforts to improve and harmonize air traffic management systems, as well as the new African Civil Aviation Policy (AFCAP) expected to be adopted by all African States, as well as the efforts to harmonize Africa’s aviation training, all create strong hope for the industry. Safety and safety regulation have improved in Africa with zero-accident records in the last two years.

Furthermore, the launch of the Single African Air Transport Market (SAATM) by the African Union at their 30th Session in Addis Ababa, Ethiopia marks the beginning of continent-wide liberalization of air transport in Africa and the implementation of the Yamoussoukro Decision (YD). The YD is now updated with its reviewed regulatory provisions to ensure a level playing ground for African airlines and States.

Already, strong demand on African routes as projected by industry forecasts adds to aviation’s prospects on the continent. “Analysis by ForwardKeys reveals that flight bookings for travel to the Middle East and Africa grew by 10.5% in 2017 and that growth is set to continue in the first quarter of 2018, as bookings are currently 11.2% ahead of where they were at this time last year,” says ForwardKeys, an entity that provides periodic data analysis on the industry.

According to Raphael Kuuchi, Vice President of Africa for the International Air Transport Association (IATA), who was commenting on lack of open market access in Africa for African carriers, “the status quo is not working for African aviation.” Indeed this statement is also apt for the perpetual lack of effective funding for aviation in Africa.

While inadequate funding is one of Africa’s biggest challenges, poor revenue especially among African airlines on the other hand is worrisome. The situation is so pathetic that though the airlines industry in Africa is seen as remarkably improving financially, IATA says African airlines will still incur a $100 million loss in 2018, “following a collective net loss of $100 million in 2017.”

According to Dr. Elijah Chingosho, immediate-past Secretary General/CEO of African Airlines Association (AFRAA), “profitability has eluded the African airline industry for the past five years,” even though “there are some African airlines making profits including Astral Aviation, Air Mauritius, Ethiopian Airlines and Royal Air Maroc.”

To worsen the challenge of poor external funding, airlines’revenues and internal funding are eroded by high taxes, charges and fees and other negative factors in the operating environment, which have other dire consequences on these airlines such as poor schedule integrity and closure of more unsustainable routes.

Amidst these challenges, the case for improvement of funding for aviation in Africa has never been more compelling in Africa’s aviation industry.

What Interventions From African Institutions?

There is strong advocacy among industry stakeholders for the build-up of internal capacity in Africa to address the funding and related challenges such as skilled manpower, safety, security, etc.

The AfDB says: “In a continental approach, the African Union Commission, the NEPAD Planning and Coordinating Agency, and the African Development Bank have created financial vehicles to address the continent’s infrastructure deficit.”

Dr. Osman Mahgoub Ahmed El Fiel, Advisor to the Director General in charge of Operatons of the Arab Bank for Economic Development in Africa, says Africa’s aviation entities should have sound business plans and models to attract funding from investors, a position supported by Adekunle Abdulrazaq Oyinloye, Managing Director/CEO of The Infrastructure Bank based in Abuja, Nigeria.

Dr.  Charles Schlumberger, Lead Air Transport Specialist in the Transport Division of the World Bank, believes Africa’s aviation taxes need be clarified and streamlined to support rather than stifle aviation growth and development in Africa.

A reorientation is necessary to elicit more effective response from Africa’s institutions to the funding challenge. At this stage, funding and other relevant institutions in Africa must begin to see aircraft and African airlines as part of infrastructure that need urgent funding support. Before now, most of the funding to Africa’s aviation industry emanating from African infrastructure development institutions had been channeled to airports and ground facilities. In a recent example, the AfDB participated in funding Egyptian Airport through an agreement signed with the Government of Egypt for the loan of USD 50 million – from the Africa Growing Together Fund (AGTF) – to co-finance the Sharm El-Sheikh Airport Project. The loan, according to the AfDB is to complement the USD 90 Million loan earlier approved by the AfDB.

Africa’s aviation-related institutions are inclined to working with funding foreign partners to lift funding for aviation in Africa. This was re-emphasised during the 3rd World Aviation Forum in Abuja, Nigeria, last November, as these institutions earnestly called on foreign investors to invest in Africa.

The AfDB’s Africa Economic Outlook (AEO) 2018 posits that regions with idle or excess funds should invest such funds in regions in need of investment funding, noting that “A global pact to finance infrastructure in Africa and stimulate industrialization would generate major global dividends.”

“And with more than $100 trillion in assets managed by institutional investors and commercial banks globally and searching for good returns, African countries have an array of options, beyond domestic resources and foreign aid, to support their investments.”

Though Export Credit Agencies (ECAs) in the US and Europe have played notable roles to support aviation funding in Africa, much more is yet expected of them. However, Asian interests in funding infrastructure development in Africa raise new confidence among industry observers. In particular, potential funding support from China continues to increase tremendously.

According to the Commercial Aircraft Corporation of China, the 3rd Forum on China-Africa Regional Aviation Cooperation held in Beijing late 2017 to, among other things, facilitate the penetration of Chinese aircraft into Africa. In addition, the Africa Growing Together Fund was established by the African Development Bank and the Government of the Republic of China with USD 2 billion to support the co-financing of major projects in Africa.

Other efforts are also notable from Japan in providing assistance with aviation infrastructure in African countries such as in airports in Egypt and Malawi, riding on the Tokyo International Conference on African Development (TICAD) Programme.

Africa’s unexploited markets and resources are perhaps some of the region’s greatest assets. Scores of city-pairs are not connected in Africa thereby creating opportunities for investment in infrastructure for air connectivity. Also, the continent contributes only about 2% to global air freight and about 3% to world passenger traffic. Dr. Chingosho adds in this regard: “PLF (passenger load factor) for African carriers in domestic routes was 74% while international routes recorded 67.9%,” in 2016.

This provides ample room for Africa to raise these figures to double digits, which is vital for the continent. It presents opportunities for profitable investments in Africa that would in the long-run make positive contributions to global aviation and economies.

According to Akinwumi A. Adesina, President, African Development Bank Group, “New work by the Bank reveals that Africa’s infrastructure requirements run to $130-170 billion a year. That’s far higher than the long-accepted figure of $93 billion a year.” While this figure covers air transport infrastructure, it is imperative that the industry should begin tackling its funding challenges through increased partnerships and innovation over the next two decades.