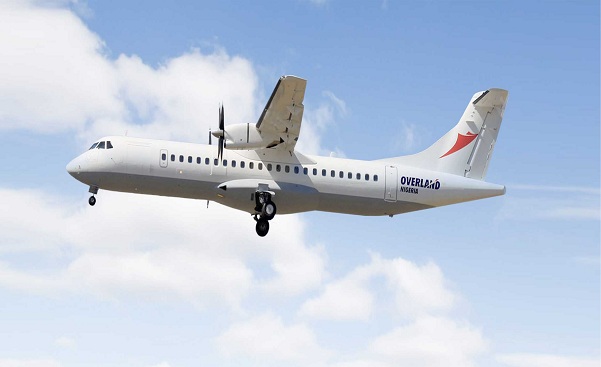 The air transport industry in Africa has experienced a number of major disruptions over the last few decades, including health and economic crises that temporarily set back the industry.

But none was as devastating as the COVID-19 pandemic, which struck at a period when about 4 billion passengers globally and about 150million passengers in Africa travelled by air for business or leisure annually.

The COVID-19 pandemic, which began as a localized disease in late 2019 degenerated into a global pandemic early in 2020, setting off frenzied reactions by governments and health authorities to contain the spread of the pandemic, including the lockdown of entire countries and closure of international borders by governments. 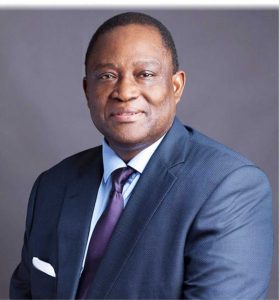 Apart from emergency and COVID-19 related flights, normal air traffic to and from Africa dried up for several months as international markets especially Europe and Asia and the US were also badly affected by COVID-19 lockdowns.

In fact, ICAO paints the global picture thus: “ICAO’s global traffic monitoring has recorded that air travel passenger demand dropped by 90% at the onset of the pandemic in April of this year, and it presently estimates that overall 2020 passenger totals will be down by 60% compared to 2019.”

Though several African States began opening up their airspaces over the past few months, which has encouraged the gradual restart of intra-Africa air transport, the impact of several months of grounded airlines’ fleets and nearly zero-revenue for most African airlines wrought much devastation on the continent’s airlines. 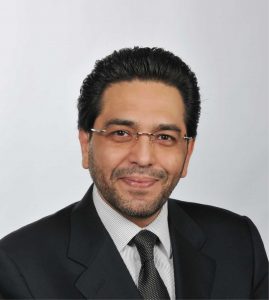 IATA predicts weaker recovery for Africa in 2020, but more worrisome are other  levels of recovery on the continent. In fact, “IATA now expects full-year 2020 passenger numbers in Africa (to/from/within) to reach only 30% of 2019 levels, down significantly from the 45% that was projected in July.”

The devastating effect of COVID-19 led about four African airlines to stop operation, and another two in voluntary administration. Other airlines planning to return to operation before the COVID-19 struck now see restart as impossible, given thin markets and near-absence of financial support.

Many more African airlines are in “serious financial distress”, and require financial relief from governments and support institutions to sustain their restart and recovery, even though there is hope however for a full return to 2019 levels by late 2023.

The distress faced by African airlines has put the air transport ecosystem in Africa in real danger as 7.7million air transport jobs on the continent are now threatened, says Muhammad Albakri, IATA’s Regional Vice President for Africa and the Middle East. 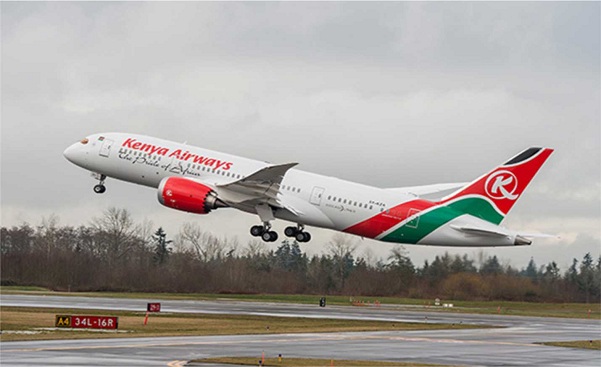 Financial Support Yet To Materialize

A glimmer of hope appeared a few months ago when the African Development Bank (AfDB), African Export-Import Bank, the Africa Union (AU) and the International Monetary Fund (IMF), along with some State governments offered to support air transport and tourism restart and recovery in Africa with USD300billion, which many worry is inadequate and yet to reach especially the airlines already facing collapse.

In addition, “The governments of Rwanda, Senegal, Côte D’Ivoire and Burkina Faso have pledged a total of USD 311 million in direct financial support to air transport,” says IATA.

And the Nigerian airlines expect N4billion (about USD 10million) offered by the Nigerian government, which many see as inadequate. 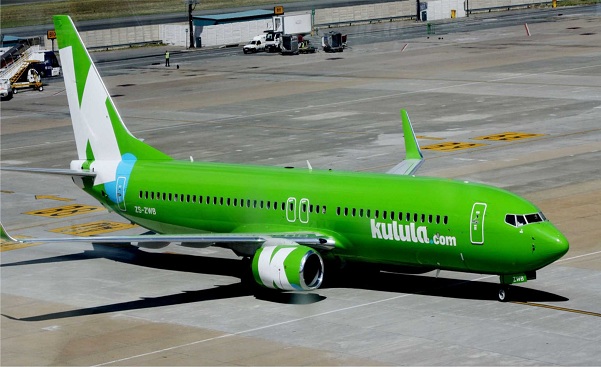 As the airline industry in Africa looks to recovery, the intensity and fatality of the COVID-19 pandemic on the population has magically and significantly reduced rather than worsened in most parts of Africa.

In addition, global industry efforts, under the aegis of the International Civil Aviation Organization (ICAO), to develop acceptable guidelines to contain spread of the pandemic through air transport is an encouragement for more passengers to fly and more States to open their borders to air travel. These would boost intra-Africa connectivity and accelerate airlines’ and economic recovery.

Another tailwind for airlines recovery in Africa are the Single African Air Transport Market (SAATM) and the African Continental Free Trade Area (AfCFTA) if taken more seriously by States.

While the SAATM enhances market access and interconnectivity, the AfCFTA promotes the production and availability of the critical mass of goods and services needed to boost essential load factor for African airlines. This is why it is crucial for airlines, regional institutions, and States to work cooperatively to ensure the SAATM and AfCFTA take off effectively in all parts of Africa.

‘Compellaboration’ – The Fulcrum For Airlines’ Success

The COVID-19 pandemic appeared to have truncated, even momentarily, the search for sustainable air transport development and efficient airlines ecosystem and interconnectivity within Africa. 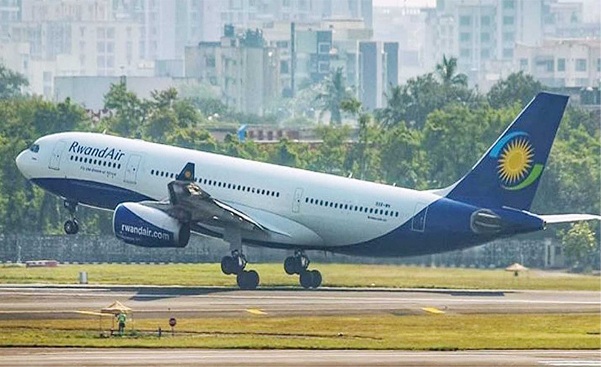 However, as restart and recovery began in Africa, the spirit of resilience and collaboration among African airlines and aviation partners appears as strong as ever, as AFRAA’s 2020 AGA bore out in November 2020.

Like the global aviation industry that has built resilience predicated on collaboration, cooperation and coordination under the leadership of ICAO, the airline and aviation industry in Africa requires a good dose of synergy and mutual support to tide itself over the current and future crises.

The African Airlines Association (AFRAA), the unifying body of airlines from AU States, has taken innovative leadership to create common benefits for its 47 member airlines. Through its joint schemes covering fuel, groundhandling, aeropolitical, distribution task force, technical and operation as well as cargo. 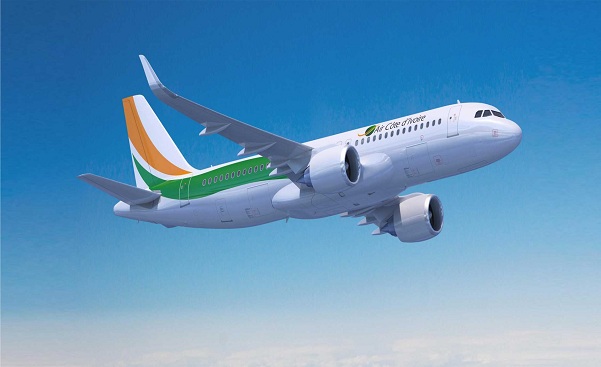 With the support of global partners these joint schemes bring economies of scale to African airlines, thereby cutting cost of operation, which is, arguably, easily the greatest threat of African airlines caused by several factors in the difficult operating environment.

AFRAA has so far engendered Member Airlines to create various partnerships among themselves, thereby stimulating interconnectivity on the continent. AFRAA Members expect that the “establishment of a cargo alliance will foster further commercial cooperation among member airlines.”

However, AFRAA and its members are yet tinkering on how to achieve this.

As a fallout of the COVID-19, according to Predictive Mobility, a global data company, intra-African connectivity dropped by 71% due to the COVID-19 crisis. In fact, interconnectivity had been a major challenge for decades and only worsened by the COVID-19 pandemic.

AFRAA has equally identified “some specific connectivity gaps in Africa. “On the Dakar – Johannesburg route, the connections dropped from 25 per week to 8.”

No doubt, Africa requires a critical mass of airlines capacity to drive Africa-wide interconnectivity effectively and sustainably. Africa’s biggest five airlines including EgyptAir, Ethiopian, South African Airways, Royal Air Maroc and Kenya Airways, have not been able to achieve this interconnectivity. Rather, Kenya Airways and South African Airways have been going through serious challenges before and during COVID-19.

Individual efforts by Ethiopian to create some form of partnerships with Asky in Benin Republic, Tchadia Airlines in Chad, Malawian Airlines in Malawi, as well as Zambian Airways in Zambia, and Ethiopia Mozambique Airlines in Mozambique are still limited in effect. So is the effort of EgyptAir to partner with the proposed Ghana national carrier.

Overall, cooperation among African airlines have increased under the leadership of AFRAA over the past few years; yet Africa’s connectivity gap persists, needing stronger intervention. 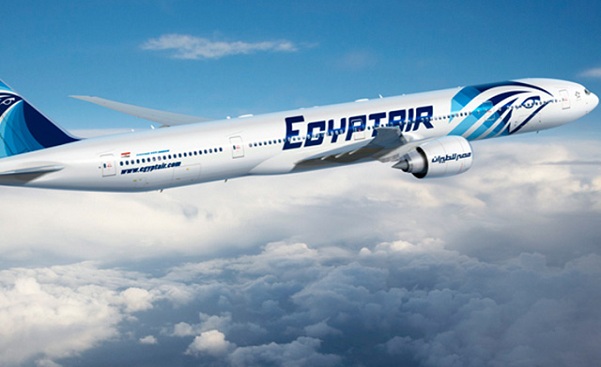 Given the huge gaps in interconnectivity around Africa, perhaps, setting up an airline alliance now may be most beneficial for Africa.

This alliance, which may be called the African Airlines Alliance, for instance, and populated by airlines from African Union (AU) States, could provide the critical mass of capacity and if well thought through and executed. It would strengthen African airlines which have been predominantly small, fragmented and weak and laden with limited range of connectivity within the continent.

In effect, this alliance could enable as many airlines as possible to work cooperatively as members, creating unprecedented wider connections across the continent. Meeting pre-defined and appropriate conditions would ensure that member airlines operate to global safety and operational standards. 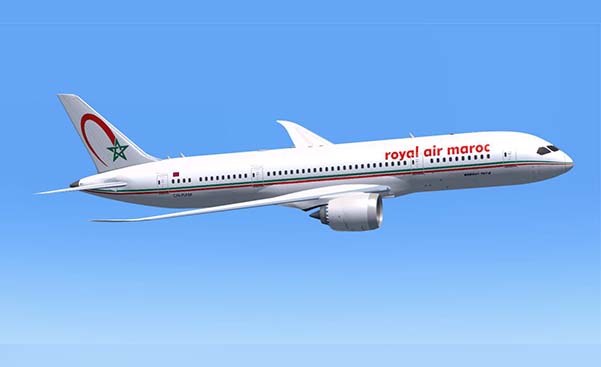 In any case, AFRAA could serve as a cradle for the African Airlines Alliance, taking advantage of AFRAA’s effective framework of coordinating and supporting member airlines, like AFRAA’s Route Network Coordination Framework (RNCC).

What is heartwarming is that leaders in the industry have in various ways expressed the essence of building closer cooperation among African carriers.

So, as African airline work towards recovery over the next year or two, it may be important to start positioning their operations and standards to fit into the African Airlines Alliance, where African airlines benefit immensely from one another and a larger group of committed African airlines. 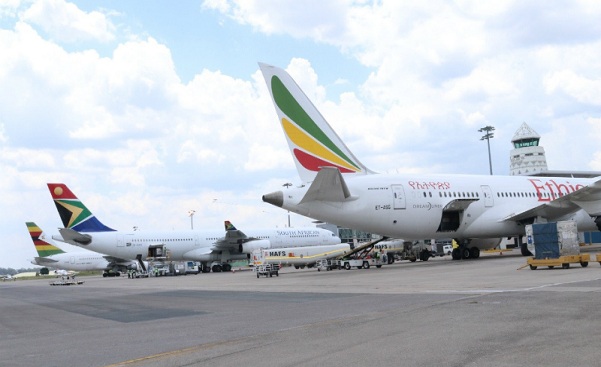 How airlines of the alliance interact with airlines from other global alliances, such as SkyTeam, Star Alliance and Oneworld, may be worked out, especially as African airlines over the years have been faced with the challenge of how to increase their share of intra-Africa market and also global market dominated by foreign carriers. Africa’s big five airlines are already members of these global alliances.

Besides, what may delay the establishing of the African Airlines Alliance could be the ability of many more African airlines to meet entry requirements of the Alliance. 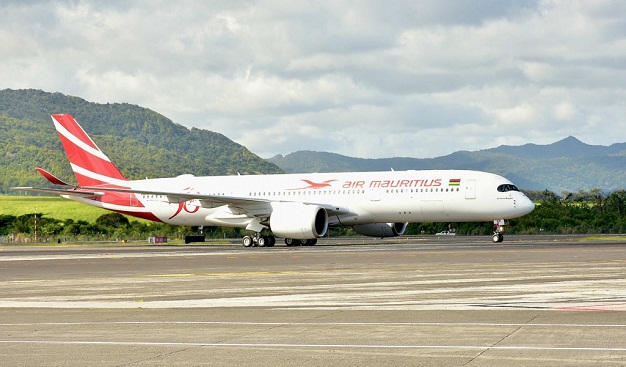 Though an ideal African alliance may not include all African airlines, it requires airlines in all parts of the continent whose operating economics would be realistic to effectively reach into remote airports and economies.