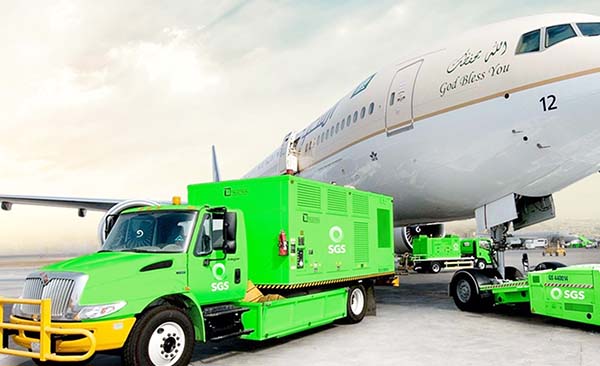 The airports industry in Africa faces perhaps its most tasking but promising moment in history. African airports, alongside other aviation sectors are transiting into a liberalized air transport market, which will unleash a new level of competition and demand upgrade in overall airport service quality as passengers and users get more discerning.

Unlike aircraft, airports are non-mobile infrastructure and businesses that must continually re-position their facilities and service quality to attract airlines and other airport users to grow in revenue and be more sustainable. As airport user preferences evolve continually, so must airports strive to meet or surpass the needs of these discerning airport users who benchmark airports against others airports they have visited.

African airports have very strong reason to strive for the best. “Of all global regions, the African aviation market is probably the one with the most potential for growth. This is because of its emerging industrial sector and its potential in servicing a large and developing population,” reports ICAO’s ‘Benefits of Aviation 2017. Besides, a huge part of arriving tourists come by air. Airports should support these business and leisure movements with higher level of efficiency, safety and security.

Aviation in Africa contributes about US $72.5 billion to Africa’s GDP and supports 6.8 million jobs. And in the next two decades, aviation in Africa is expected to grow above 5% yearly. Against this benchmark, African airports should strive to double or triple their contributions to the economy over the next 20 years.

African airports have no choice, therefore, than to adapt to business-driven management, and not remain as appendages of governments merely providing national services. Many African airports desire to run as businesses or at least increase their revenue; which is a crucial test Africa’s nearly 1000 airports. And industry observers keenly watch to see which airports will sink or swim.

There is strong positive expectation for African airports to thrive in the unfolding operating climate considering expected traffic growth and the support from global and regional levels.

The International Civil Aviation Organization (ICAO), the specialized arm of the UN in charge of aviation development and sustainability, is fostering the ‘No Country Left Behind’ programme to achieve sustainable aviation safety, security and overall development globally. Similarly, the Agenda 2063 of the African Union (AU) has prioritized aviation development, with the launch of the Single African Air Transport Market (SAATM) by the AU Heads of State in January 2018.

These economic agendas indicate that, more than ever before, aviation nay airports in Africa are receiving tremendous support at the highest political levels in order to unlock aviation’s benefits to Africa’s economies.

There are also interlinked efforts to drive aviation infrastructure transformation in Africa. Major regional financial and infrastructure institutions in Africa presumably have turned a new leaf, proposing to give greater support to aviation in Africa. The African Development Bank (AfDB), which says it has “invested close to US $1 billion over the past decade in the construction and expansion of airport terminals as well as aviation safety and aircraft financing, looks to supporting various airports across Africa.

Additional Bank interventions in the aviation industry include grants for capacity building and coordination systems in 25 countries and 69 airports. This, it says “will help increase the number of International Civil Aviation Organization safety and security compliant airports from 3 to 20 by 2019,” the AfDB says.

African airports would also enjoy increased benefits from New Partnership for Africa’s Development (NEPAD) which, according to Mr. Symerre Grey-Johnson, Head of Regional Integration, Infrastructure and Trade at the NEPAD, has re-dedicated itself to providing greater support to aviation in Africa.

NEPAD recently signed an MoU with ICAO to strengthen aviation infrastructure development in Africa, which ICAO President, Dr. Olumuyiwa Bernard Aliu, says brings forth cooperation which has always been the special ingredient for development of aviation. While lack of understanding of the seemingly esoteric aviation industry had limited support from African governments and institutions in the past, Dr. Ibrahim Mayaki, of NEPAD, says the MoU with ICAO will allow NEPAD gain better insight into aviation industry.

Besides, local banks have recently stated willingness to participate in different parts of aviation funding, including airports. It is also exciting to note that global foreign direct investment (FDI) is expected to rebound in 2019, according to the United Nations Conference on Trade and Development (UNCTAD).

Against this backdrop, airports have to stay focused on new competencies and passenger experience.

From Cape Town to Cairo, and from Dakar to Dar es Salaam, airport projects are ongoing or have been recently completed. While these projects are largely commendable, airports must take great care to align their investments with the actual needs of airports users.

Though Africa is dominated by government-owned airports, with a sprinkling of private airports, offering airports services as a government service rather than as businesses would not allow airports to flourish in the unfolding competitive climate in Africa.

There are instances where key facilities lacking at airports have been neglected despite huge investments on building new terminals or expanding these airports. Transit facilities, aprons to contain more cargo aircraft, runway lights, etc. have received little or no attention at such airports. In addition, inadequate seating for passengers, uncomfortable waiting areas for persons accompanying or waiting to receive passengers, unsettling sundry charges, and several other discouraging conditions litter Africa’s airports landscape. And cold room facilities are either unavailable or thwarted by lack of sustainable electricity at several African airports.

These negative conditions suppress airports’ development and encourage cargo shippers and passengers to choose competing and nearby airports. This is why African airports must hasten to introduce business-oriented management at all African airports to provide customer-centric services.

Getting over these challenges hinges, to a large extent, on cooperation among African airports. Large airports like OR Tambo, Cairo, and Casablanca provide examples others can emulate. Smaller airports like Kotoka Airport in Accra, Ghana, have also demonstrated outstanding success in transforming their infrastructure and service as evident in the Kotoka terminal 2, and the airport city.

Another good example to be emulated are solar or alternative energy airport projects as demonstrated in Moi International Airport in Kenya, and also in George Airport under the Airports Company South Africa whereby ACSA plans to make all its nine airports dependent on alternative energy. Thus, with abundance of sunshine, wind and other sources of renewable energy, African airports should embrace these sources of energy to power their services.

Mr. Yildirm Oren, Airport Director of Summa Airports, which is a major construction company in Turkey noted recently of public-private partnership airport projects in Senegal, Sudan and Niger, with enthusiasm to initiate more projects in more States in Africa. “We have 25 years BOT (build operate and transfer) contract with the government in Senegal. The second one is in Niamey, Niger; we have 30 years of contract with Niger government to build and operate the airport with new facilities. Also, we have 25 years of contract with Sudan, Sudanese government for the Khartoum Airport; it’s a green field airport in Khartoum and the capacity will be 7 million passengers for the first phase, and it will be in three phases,” he says.

Industry observers are keen to see how these PPPs would thrive. But more importantly, African airports must embrace transparency and engage competent partners to allow PPPs help to transform African airports.

Depending on available resources and potentials, African airports may turn to agriculture as demonstrated by the Mariscal Sucre International Airport, Quito in Ecuador.

Whether from sister airports in Africa or outstanding airports like Changi Airport in Singapore, successful commercial revenue generating ideas should be adopted by African airports and applied to suit local conditions. Transformed airports would attract more airlines and airports users, thus increasing volume of aviation activities in Africa.