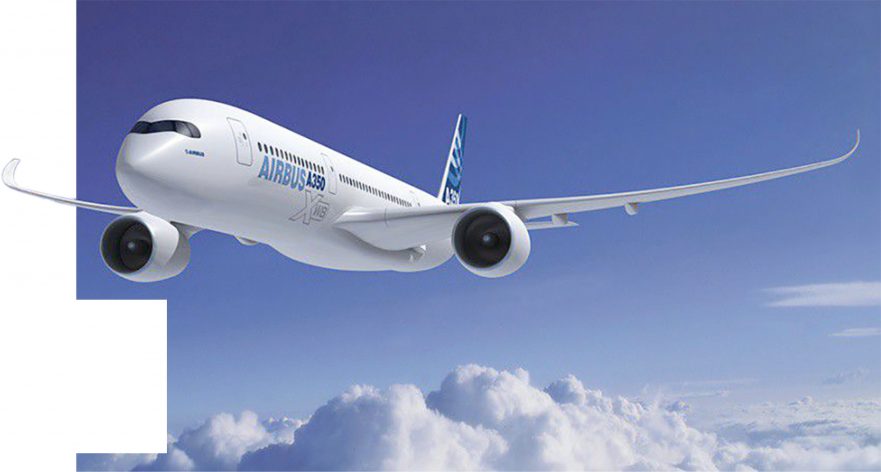 Africa has been seen more or less as the favourite region for the disposal of ageing or disused aircraft. In the continent, there is still the predominance of small, weak and poorly funded airlines that are in perpetual need of aircraft and struggling to meet the air travel needs of less than 20% of Africa’s expanding population of over 1.2billion people.

This makes the aircraft reuse market – which offers a wide range low and high efficiency aircraft at relatively reduced prices – often a Hobson’s choice, and lifeline, for African operators.

Currently, about 720 aircraft exist in Africa, according to Boeing’s Outlook; which also indicates that Africa will need about 1220 new aircraft over the next two decades. Africa will invest almost $180 billion in new airplanes, split evenly between wide-body and single-aisle segments, Boeing states.

Also, Airbus’ Global Market Forecast indicates that in 2016, for aircraft above 100 seats, Africa had 598 aircraft, projecting that by 2036 there would be 1,529 aircraft in Africa; while Africa’s 20-year new deliveries will be 1,055 aircraft. For Bombardier’s 2017-2036 Market Forecast, it shows that, for Africa, 500 aircraft representing 76% of Africa’s fleet will retire within the forecast period. Bombardier also expects worldwide over 7,000 retirements or 75% of global fleet.

Africa’s unfolding domestic, intra- and inter-regional markets are a fertile ground for turboprops which are well-suited for short-haul operations in terms of economics and comfort. Bombardier’s Forecast, states: “For routes between 600 NM and 2,000 NM, declining yields will drive airlines to right size with more efficient aircraft,” adding that Africa will have “550 deliveries in total (4% of global delivery share).”

In Africa, the bulk of these retirements could be expected from smaller carriers whose small fleets are composed mainly of ageing aircraft. Several larger African airlines are continuing with fleet renewal and expansion, with new aircraft including the B787, A350, ATR-72-500, etc. listed among various African airlines.

Further, in terms of capacity, the International Air Transport Association (IATA) says African airlines saw 2017 traffic rise 7.5% compared to 2016. Capacity rose at less than half the rate of demand (3.6%). In fact, though Africa’s traffic has shown steady growth over the last decade, Africa still has one of the lowest load-factors at 71%. This reduced load factor makes the single isle aircraft the most used intra-Africa. According to Boeing, single aisles are “accounting for about 75 percent of total intra-Africa available seat-kilometers.”

Boeing also indicates that travel service from or to other regions in the world constitute 80% of total Africa air travel, with an average capacity growth rate of 4.6% per year over the last decade. This can be explained by the poor connectivity and limited level of intra-Africa movement among Africa’s vast population; and indicates strong potential for especially regional aircraft.

The African Airlines Association (AFRAA) 2017 Annual Report shows that for AFRAA member airlines, “intercontinental passenger market segment remains the biggest with 49.9% of all passengers travelling between Africa and other regions of the world. The domestic market segment represented 23.4% while the intra-Africa market represented 26.7%.” AFRAA also indicates that intercontinental passengers carried by African airlines stood at 49%, intra-African passengers at 26% and domestic passengers figure was 23%.

Bombardier, echoing the view of other aircraft manufacturers, realizes the opportunities in Africa, stating that there is “pent-up demand yet to be fully realized” in Africa due to poor liberalization in Africa. This raises a huge question mark over the continued shortage of efficient aircraft among most African airlines, and the seeming inability of aircraft manufacturers and sellers/lessors to find workable ways to support qualified airlines to build efficient fleets.

Airbus’ Global Market Forecast indicates that Africa will have 124 aircraft for replacements and 474 aircraft staying in service and remarketed. And Boeing also says globally 53% of aircraft demand up to 2036 would power industry growth, while 47% of the aircraft demand will be for replacement of aircraft. This trend is not much different in the Africa region. These replacements could come from the new aircraft market or reuse market, even though the economy and economics of African airlines would constrain most operators to approach the reuse market for fleet replacements or expansion.

Beyond aircraft retirements, the need for fleet expansion to serve emerging city-pairs within Africa on the back of the recently launched Single African Air Transport Market (SAATM), Africa Continental Free Trade Area (CFTA) and Singe African Passport would drive many African airlines to the aircraft reuse market.

Given the quest for expansion among African carriers, these airlines must equally strive to become more competitive in African markets and established markets in Europe and unfolding markets in China, etc. by relying on the efficiency of newer aircraft.

It is expected that the reuse market would be central in providing passenger and cargo aircraft for African airlines to foray into these markets. While air cargo is also an important component of Africa air service within and outside Africa, the concerted efforts to develop manufacturing centres and free trade areas in Africa could enhance the production of perishable and high-value goods for intra-Africa air freight; which will also require the deployment of more efficient aircraft among African fleets.

Left with increased number of ageing aircraft over the next 2-3 decades, Africa could be facing the challenge of frequent maintenance and related costs, among other challenges, which will reduce their competitiveness. The aircraft re-use market has provided vital support to big and small airlines globally. In Africa particularly, re-use aircraft is more or less a lifeline for many operators who cannot afford first-hand aircraft.

While Boeing, Airbus, Bombardier and ATR have fairly established footholds in Africa, with Boeing having the upper hand mainly, China is seeking increased penetration in Africa with its fixed and rotary wings, starting with operators in central and east Africa who may be facing peculiar circumstances. Also recently, African Export-Import Bank (AFREXIM) based in Cairo, and Russian Export Centre (REC) as partners recently held roadshows in Nairobi, Kampala, Lagos, Abuja and Bamako “showcasing Russian MC21 airplanes, the Sukhoi Superjet, the Sukhoi Business Jet and Russian-made helicopters,” according to the AFREXIM Bank.

The reuse market could tide African airlines over the turbulent times. Therefore, aircraft from this market should rather add value and not encumber African airlines, as Africa awaits the next major turn in its airlines’ and aviation history.