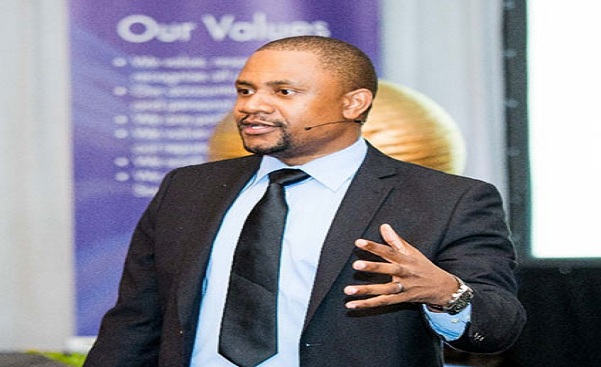 Mr. Kgokolo was in 2018 appointed as interim Chief Executive Officer (CEO) of the Air Traffic and Navigation Services (ATNS) by ATNS board of directors. He is a Chartered Accountant and holds a MBA degree from the Gordon Institute of Business Sciences, a B Compt Honours and B Com Degree in Accounting Sciences from UNISA and University of Pretoria, respectively.

After protracted years of struggle for improvement, South African Airways is one of African airlines that ceased operation amidst the asphyxiating grip of the COVID-19 pandemic in 2020. The South African Airways Business Rescue Plan which was drafted afterwards around mid-2020 has been widely expected to turn around the airline.

One of Africa’s biggest five carriers, SAA is currently led by an interim Board of Directors appointed by the Department of Public Enterprises to fulfill SAA’s strategic goals, ensuring that the airline grows into a sustainable, world class airline.

The news of the appointment of the new interim CEO which for many presupposes the imminent re-start of the SAA raises hopes of a tremendous boost to air transport network to interconnect Africa, under the recently established African Continental Free Trade Area (AfCFTA). From Johannesburg, SAA’s hub, the national carrier of South Africa flies to over 35 destinations across Africa, the Middle East, Asia, Europe, Australia and North and South America, supporting tourist and business travels.

The advent of the interim CEO also revives hopes of the unique class of passenger service SAA offers in the African air transport market. The South African Airways Cargo (SA Cargo) would also be instrumental to drive trade within the continent.

When it eventually does, the return of SAA as one of Africa’s big 5 carriers could increase opportunities of airline partnerships on the continent, as the SAA could lend supporting hands to small and start-up airlines needing technical support to connect existing and new city-pairs in Africa’s fast emerging economy of 1.2 billion population and over $3trillion combined GDP.

In fact, the re-emergence of the SAA could enhance opportunities for the establishment of the much-talked-about African Airline Alliance, which would enable African airlines to share tremendous values and efficiencies.

SAA took its first flight in February 1934; and SAA was one of 44 active founding members of the International Air Transport Association (IATA) which was founded in Havana in April 1945.

The South African national airline has progressed as a global carrier building excellence and winning many awards including 14 Skytrax awards.

SAA is acknowledged as the best African airline and Africa’s first 4-star airline, which it earned over years of dedication to excellence and innovation.

Now more than 80 years old, one interesting aspect of SAA is its SAA Museum Society, which manages SAA’s relics and footprints of yester-years.

“Based at Rand Airport in Germiston, the museum houses a fascinating collection of airline artefacts and memorabilia from a bygone era. Included is a library with over a thousand aviation-related books,” according to SAA. The museum is aimed at creating awareness of the greatness of South African aviation. And interestingly, SAA has kept its collection of static historic aircraft including three Boeings: a B747-200, B747SP and B737-200. 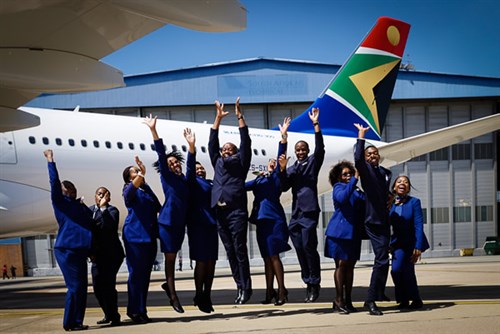 Many would be delighted to see the SAA would return to the skies sooner, and not join its retired aircraft in the SAA Museum.

And it would be Mr. Kgokolo’s remit to ensure the airline can navigate through the challenges presented by the COVID-19 pandemic,  as well as the pre-pandemic challenges the SAA faces, to bring South African Airways flying again and interconnecting Africa’s forests, deserts, grasslands, uplands and lowlands sustainably for another 80 years, and more.