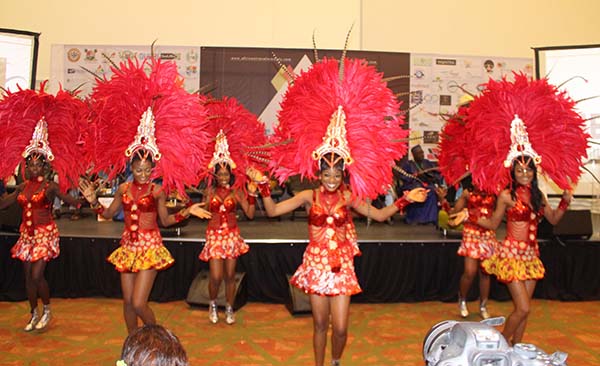 Potential
At the Aviation Day of the 14th Akwaaba African Travel Market held in Lagos, Nigeria from 9th to 11th September, 2018, aviation, tourism and business experts discussed how Africa can overcome the challenges in the aviation operating environment as well as leverage on the Single African Air Transport Market (SAATM) which was launched in January 2018 by African Head of States, to improve aviation on the continent.

Ms. Adefunke Adeyemi, Regional Director, Advocacy and Strategic Relations, Africa, IATA, who spoke at the event, believes Africa’s annual global air passenger share can grow to those of Asia-Pacific and Europe with 36.3% and 26.3% annual world air passenger share, respectively, if Africa encourages the spirit of the SAATM.

Ms. Adeyemi stresses that the SAATM aims at facilitating partnerships amongst African carriers, African airports and African States both at the bilateral and multilateral levels, adding that all African States do not necessarily need to have a national carrier.

“The SAATM allows African airlines to go into any African country and set up a place. RwandAir is setting another hub in Benin Republic. Ghana does not have a national airline but they have given fifth freedom right to all airlines to fly to Ghana. Today Ghana has a lot of connectivity outside the country. That is what the SAATM encourages,” she explains.
Mr. Richard Kyereh, Head Commercial, Africa World Airline (AWA), says: “The SAATM is a stimulus for air transport growth in Africa. African governments must loosen up to allow air transport soar in the region by giving opportunities to African airlines to operate efficiently and safely.”

Prohibitive Taxes & Aviation Fuel
Ms. Adeyemi laments that it is 45% more expensive to fly across Africa than it is in other regions, which discourages Africans from flying. According to the African Airlines Association (AFRAA), cost of fuel remains a major component of the operating expense of every airline, accounting for between 40-50% of total direct operating costs. Citing the Nigerian example where the Jet A1 fuel is sometimes unavailable and expensive, thereby causing some carriers to cancel or delay flights, an expert states that the Nigerian National Petroleum Corporation (NNPC) must plan strategically ahead.

“We don’t produce enough locally, thus, we must have enough reserve all the time. If distribution by road from the Apapa and Tin Can Island Ports to major airports in the country is a problem, then we need to resurrect the dormant underground pipelines from the ports to the airports,” the expert explains.

The expert adds: “The government may also need to license more marketers and provide the enabling environment for fuel importation such as more availability of the FOREX.”