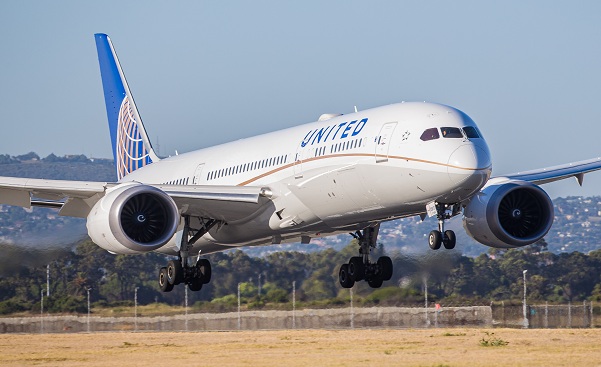 According to United, the new schedule starts on 7 June 2022 from Cape Town to New York/Newark and 5 June 2022 from New York/Newark to Cape Town, with the possibility to connect via United’s New York/Newark hub to more than 85 U.S. cities including Chicago, Houston, Washington, D.C. and Los Angeles. United is the only airline to offer nonstop flights between Cape Town and the U.S. and offers more flights from South Africa than any other North American carrier.

Bob Schumacher, United Regional Director Sales said: “By introducing more flights from Cape Town to our New York/Newark hub in 2022, we are offering our customers in South Africa greater choice with this direct flight to the U.S. This enhancement underpins United’s footprint in Africa and our ongoing commitment to our South Africa services.”

According to Expedia’s 2022 Travel Trends Report, more than two-thirds of Americans (68%) are planning to go big on their next trip, and nearly a third plan to visit a bucket-list destination this year. This resurgence in international travel is something those in the South African tourism industry are eagerly awaiting.

Wrenelle Stander, CEO of Wesgro said: “This announcement provides much-needed relief to the tourism and hospitality sector in the Western Cape and will support economic recovery in the province. We welcome the news of this expansion and thank United Airlines for their commitment to serving this world-class tourism destination.”

United first launched flights from Cape Town in December 2019, and it quickly became one of the airline’s flagship international routes. The airline later built upon this success in Africa United Airlines Plans to Expand Service from Cape Town with Year-Round, Nonstop Flights To New York/Newark

The expansion of United’s Cape Town to New York service will enable renewed and expanded economic opportunities on both sides of the Atlantic. As a metropolitan centre, New York is the largest regional economy in the U.S. and a global hub for banking, finance and communications. It is also a major manufacturing and thriving technology sector. Cape Town and the Western Cape are home to more than 6.8 million people and have some of the most innovative global technology, finance and media industries, making it an ideal partner. It is also Southern Africa’s prime agri-industry and viticulture centre.