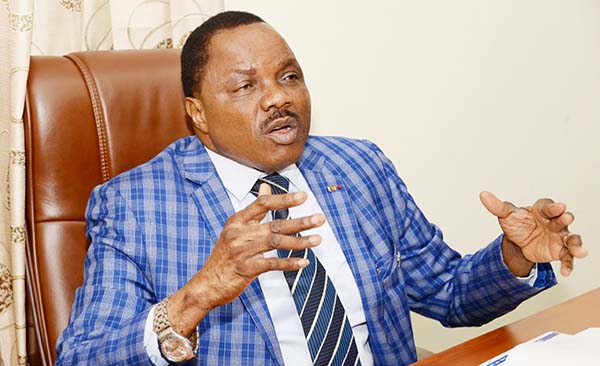 Togo has played a notable and commendable role over the past three decades in the efforts to develop and reposition Africa’s aviation industry. The Yamoussoukro Decision (YD), the globally acclaimed framework to liberalize air transport in Africa and bring the huge benefits of open skies to Africa’s people and economies, was formally adopted at the Assembly of Heads of States in Lome, Togo in July 2000. More recently, in May 2018, Togo hosted the 4th Ministerial Working Group Meeting on the Implementation of the Single African Air Transport Market (SAATM).

This Meeting in effect pushed for the accelerated operationalization of the SAATM among the 26 States that had signed the SAATM. A Memorandum of Implementation (MoI) was produced at the Meeting and signed by all 22 States present who are part of the 26 States that had signed the Solemn Commitment for the SAATM. The MoI signified their commitment to replace their existing restrictive Bilateral Air Services Agreements with the far much liberal provisions of the YD, which would guarantee more robust interconnectivity across the continent. The Meeting in Lome called on African airlines to reach out to States they intend to fly into to kickstart the SAATM.

The Togolese President, HE Faure Gnassingbe, was appointed the Champion of the SAATM by the African Union at the launch of the SAATM during the AU 30th Summit in Addis Ababa, Ethiopia, in January, 2018. This responsibility has been passionately taken up by Togo at all levels; and President Gnassingbe calls on other African Heads of State and regional institutions to work cooperatively to fast-track the implementation of the SAATM. As one of the frontline States driving the SAATM and Africa’s cohesion, Togo has opened its skies to African airlines.

Togo has also played key roles in the development of the air cargo industry in Africa, as it hosted the Meeting resulting in “the Declaration on the Development of Air Cargo in Africa, adopted in Lomé, Togo, on 7 August 2014 (the “Lomé Declaration”).” The International Civil Aviation Organization (ICAO) says: “Through this strategic document, participants from 22 States, international organizations and aviation stakeholders, decided to take action for the sustainable development of air cargo in Africa in several key areas including: liberalization of market access and air carrier ownership and control; cooperation throughout the cargo supply chain; security and facilitation; funding for infrastructure and intermodal integration; support to remote or peripheral destinations; taxes and user charges; capacity-building for qualified personnel; fleet modernization; and adherence to international instruments.”

Perhaps, these milestone events hosted by his country reinforced the enthusiasm of Col. Dokisime Gnama Latta, the Director General of Togo Civil Aviation Authority, in his spirited campaign for single African sky and unfettered interconnectivity and integration in all parts of Africa. Particularly, at the industry level, Col. Latta has put his shoulder to the wheel as he seeks to demonstrate the workability of the SAATM and Africa’s integration.

Despite being a small African country and economy, Togo believes liberalization and the YD will benefit the country’s people and the African continent generally, as Col. Latta professes. He wants other African States to comply with the provisions of the new SAATM aligned with the YD “and move forward.”

He expresses worry that “some countries do not want to have full implementation of the Yamoussoukro Decision,” and therefore are not allowing the 5th Freedom rights to African airlines. As at July 2018, 26 out of 54 African States had signed the Solemn Commitment for the SAATM, even though there is strong optimism that the pace of more States joining the SAATM will increase.

He is disturbed that lack of liberalization deprives African airlines the passenger and cargo traffic trapped in restricted markets in various States in Africa. With cost of airline operation remaining high, African airlines will continue to suffer losses if their load factors are not increased by granting these airlines free access to markets in all parts of the continent.

“How can airlines make profit?,” he queries, as he calls on African States to support African airlines by easing the cost of operation such as landing fees, taxes and charges, etc. “In Togo,” he says, “we encourage airlines to come in. We try to reduce taxes and provide visa on arrival at the airport.”

Col. Latta also emphasizes that African airlines must cooperate as this is “the only way Africa can succeed.” According to him, Africa possesses varied resources and endowments which can be best exploited through free movement of Africans across the continent. He says Africa’s diverse languages, cultures and traditions make the continent exciting. It is only fulfilling, therefore, that Africans are allowed to experience and enjoy these and create economic benefits in the process, he enthuses.

Ready For The Future

Interestingly, Togo is a small State by landmass of about 56,785 km²; but occupying a strategic geographic location in West Coast of Africa which attracts Africa’s biggest airlines like Ethiopian. It is an active spot for trade and commerce with room for investments in agribusiness, trade and unique tourism.

In fact, Ethiopian is in strategic cooperation with Togo, and has set up the ASKY Airlines based in Lome in partnership with Togolese government through which the Ethiopian national carrier feeds and de-feeds air traffic in the West African region. With a fleet of 9 aircraft, ASKY covers 23 destinations in West and Central Africa from its Lome hub, which is a direct benefit of open skies in Africa. Ethiopian also flies from Lome to New York-Newark.

The ASKY is spearheading Lome’s interesting rise to a regional hub status, and the partnership with Ethiopian rubs off on the development of airport infrastructure. The Gnassingbe International Airport which became operational in 2016 has capacity to handle 2 million passengers and about 35,000 tons of freight annually. This airport is supported by Niamtougou International Airport in the north of the country as major gateways to and from Togo. Togo also has 7 small aerodromes which supports general and business aviation.

About 12 airlines fly into Gnassingbe International Airport which is expected to rise sustainably on the back of the SAATM, and availability of visa on arrival even though visa fees vary according to nationalities. Besides granting easy access to airlines, Col. Latta has a reputation for strict compliance with safety regulation for airlines operating in the country. Currently, Nigeria-based Overland Airways is warming up to fly into Lome from Lagos.

He was the Minister of Security and Civil Protection for Togo. Among other high profile posts he occupied include President of AMCAA (African and Malagasy Civil Aviation Authority); Vice- President of the African Civil Aviation Commission (AFCAC); and Chairman of the Board of TOGOTELECOM.