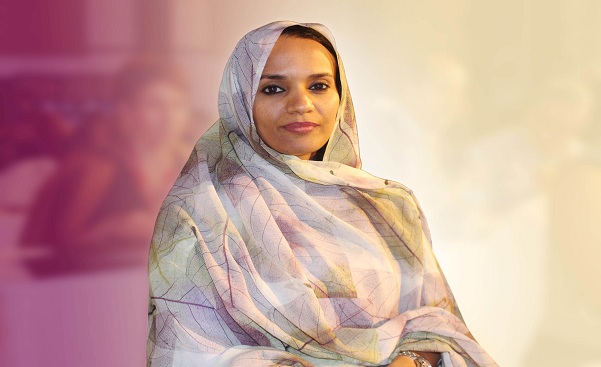 Mauritania Airlines is one of the carriers interconnecting the West African region, linking the Sahel to the coastal and other West African destinations from its base at the Nouakchott International Airport (NKC), Mauritania. The airline also connects into parts of North Africa, as well as destinations in Europe which is a main trading and travel counterpart for Africa.

Over the past decade, the airline has continued to make its presence felt among air travelers in the region.

However, the airline also got its share of the impact of COVID-19, especially the lock-down imposed by the Mauritania government and others at the airline’s destinations as governments and health experts strive to contain the spread of the pandemic.

To boost its passenger traffic and drive recovery, the airline had announced some offers to its passengers early December 2020. “Mauritania Airlines is pleased to announce that your loyalty will finally be rewarded! Now, with the Tassoufra loyalty card, you can earn miles that you can use to book award tickets, pay for excess baggage, get an upgrade and access a set of services and benefits designed just for you,” the airlines advises its passengers.

Mauritania Airlines prides itself as an airline that operates new planes. It also showcases its offers of “the best rates on the market,” with its “ticket valid for one year, regardless of the booking class.” It also offers “a free change, whatever the booking class,” as well as “2 Luggage (Eco) and 3 Luggage (Business) each of 23 Kgs.”

Ms. Amal Mint Maouloud, Chief Executive Officer of Mauritania Airlines, is one of the few female airline CEOs in Africa, and stands out probably because of this. But more than that, she is a notable figure in the industry as she serves as the 2nd Vice Chairperson of the Executive Committee of the African Airlines Association (AFRAA) elected at the last AFRAA AGA in November 2020.

She looks with pride and confidence to the airline’s fleet of newer aircraft that bring efficiencies to the airline. Technology and efficiencies are essential for airlines especially now that the African market is getting more competitive. The fleet includes the remarkable B737MAX which has now overcome its safety challenges. Mauritania Airlines was the first airline in Africa to take delivery of the B737MAX, and no doubt the approval of the B737MAX for safe passenger flights by safety agencies including the US Federal Aviation Administration and Canada aviation regulator is a huge relief.

Mauritania Airlines is also boosting its safety with the International Air Transport Association (IATA) Operational Safety Audit (IOSA) which expires 12 June 2021 as stated on IOSA Registry. So, the airline should be working hard for its IOSA renewal to maintain the airline’s attractiveness to regional and global partnerships, and possible boost to marketshare, among other benefits.

To enhance health and safety of air travelers and contain the spread of the coronavirus, Air Mauritania late January published guidelines for travellers on the Tunis, Libreville, Dakar, Cotonou, Conakry, Brazzaville, Bamako and Abidjan routes.

“Travelers are reminded that it is their responsibility to inform themselves about the conditions for entering and leaving the territory in force and to obtain the necessary documents,” the airline states. 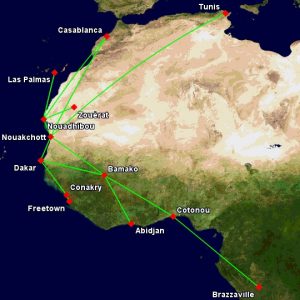 Ms. Maouloud faces the task of leading Mauritania Airlines to recovery as the continent begins its long-awaited free trade area continent-wide, laced with equally Africa-wide liberalized air transport market. With expected rise in intra-Africa airline competition, Mauritania Airlines may find it essential and also beneficial to increase collaborations with especially African carriers to enhance its connections in the region.

This would cut down the hours and days spent to travel to and from several destinations in the region, which will be of immense attraction and benefit to travelers in the region.