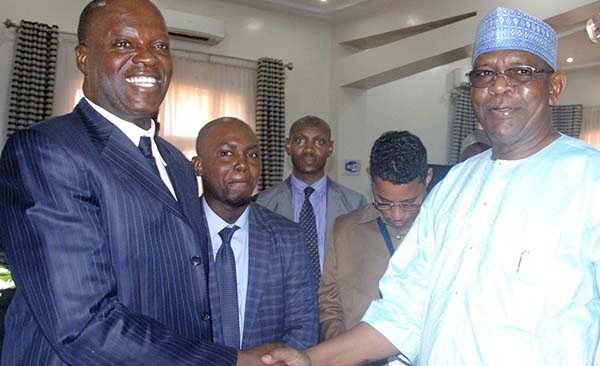 With these new Regional flights, Overland Airways now pushes further intra-African connectivity. The airlines’ new routes are coming as the liberalization of the African skies otherwise known as the Single African Air Transport Market (SAATM) which was launched in Addis Ababa, Ethiopia, January 2018, gradually takes off. 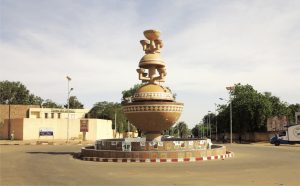 H.E. Olusola Iji, Nigeria’s Ambassador to Togo, who was among dignitaries that received Overland Airways’ inaugural flight in Togo, says the commencement of Overland Airways’ flights services into Togo further solidifies the Bilateral Air Service Agreement (BASA) between the two countries. He explains that the initiative by Overland Airways aligns very much with the expectations of the Federal Republic of Nigeria in fostering its relationship with the Republic of Togo. 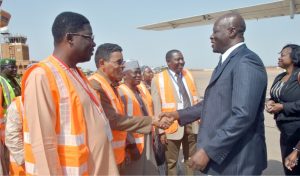 4. Capt. Boyo interacts with aviation stakeholders in Niger Republic at the launch

Ambassador Attahiru Haliru, the Ambassador of Nigeria to Niger Republic who was represented by Mr. John Usman of the Nigerian Embassy in Niger Republic expresses confidence that Overland Airways will replicate in Niamey the highly commendable service it has provided in Nigeria for the past 16 years.
Also, Capt. Edward Boyo, Managing Director, Overland Airways, says: “We believe in Africa’s socio-cultural values; and we are excited that Overland Airways is providing its reliable and comfortable flight services to promote communal coexistence, business and socio-economic ties within Nigeria, Niger Republic, Benin Republic and Togo. In fact, Overland Airways’ will enable you visit your families, friends, and business partners with ease.”
“There are about 400 million people in West Africa and we are not doing enough trade. Our people must trade with each other. That is what the Economic Community of West African States is all about. So, the dream of our forefathers on ECOWAS is being actualized,” Capt. Boyo says regarding the service of Overland Airways in the region.

Col. Dokisime Gnama-Latta, Director General, Togo Civil Aviation Authority, who represented Mr. Ninsao Gnofam, Togo’s Minister of Transport, at the launch in Lome, Togo, says: “Overland Airways is coming into Togo at a time when great decisions like the Single African Air Transport Market (SAATM) are being taken at the African Union (AU). Interestingly, Togo and Nigeria signed the SAATM.” He says that Overland Airways is just like a national carrier for Togo, while commending Overland Airways for maintaining high safety standards over the years.

Mrs. Aanu Benson, Chief Operating Officer, Overland Airways, says Overland Airways’ operations to Cotonou, Lome and Niamey offer choices to customers. “They are our little contributions to regional integration in West Africa. We want air travellers in the region to team up and discover each other while enjoying the excellent services we offer,” she states. 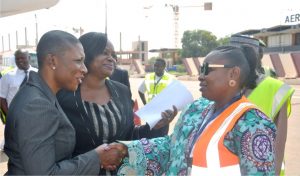 Now in its 16th year of opertion, Overland Airways is a preferred economic development partner in Nigeria notable for developing remote routes and secondary airports in Nigeria. The airline operates domestic flights to several destinations in Nigeria such as Ibadan, Abuja, Akure, Asaba, Jalingo, Ilorin, etc. The airline plans to continually expand its fleet and route network across Africa, and would embrace regional and international partnerships as it expands.

Overland Airways is listed on the International Air Transport Association (IATA) Operational Safety Audit (IOSA) Registry. The airline is also a proud Member of IATA, a community of respectable Airlines dictating global best practices and standards in the world today.

The airline, with headquarters in Lagos, relies on its fleet of technologically superior ATR and Beechcraft aircraft, and team of seasoned aviation and management professionals to drive its vision of providing excellent flight services in Nigeria’s and West Africa’s economies.