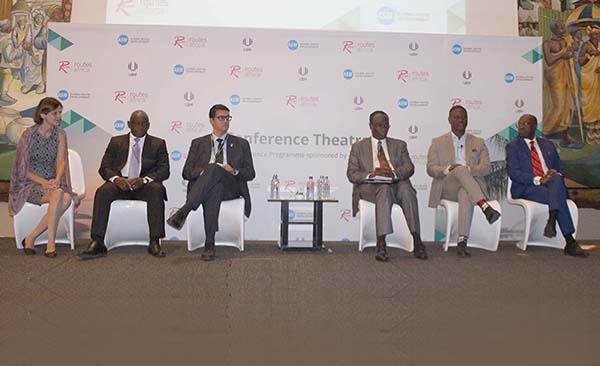 Concerned about the need to expand intra-Africa route networks, improve Africa’s air connectivity to the world, open up new markets, and strengthen financial performance of African carriers, pundits from the aviation industry and its sub sectors like tourism, hospitality management, immigration, among others, gathered in Accra, Ghana, from 16th – 18th July 2018, at Routes Africa 2018, hosted by Ghana Airports Company Limited (GACL) to seek new ways forward.

H.E. Cecilia Abena Dapaah, Ghana’s Minister of Aviation and Chief Host of the event, remarks that expansion of air connectivity within Africa is important to stimulate economic development across the continent. This, she says, is in line with the implementation of the Single African Air Transport Market (SAATM) which was launched in January 2018 by the African Union at its 30th Summit held in Addis Ababa, Ethiopia; and the Memorandum of Implementation to kick-start its operationalization signed in Lome, Togo, at the Fourth Meeting of the Ministerial Working Group on the SAATM by 22 Ministers of Transport from the 26 countries that have signed the Solemn Commitment. 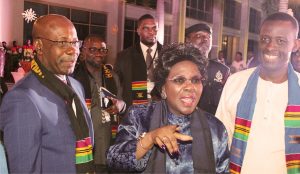 The Minister adds that Ghana is determined to ensure that the necessary facilities and infrastructure are in place to match the potential growth in air traffic in the region. Mr. John Dekyem Attafuah, Managing Director, GACL, expresses readiness for this potential increase in traffic. He enthuses that hosting Routes Africa comes at an auspicious time “as we prepare to commission our flagship new state-of-the-art Terminal 3 at Kotoka International Airport (KIA). KIA is ready for business and a port of choice for safe, fast and efficient facilitation of passengers, aircraft and cargo in the sub-region.”

According to recent passenger statistics by the International Air Transport Association (IATA), Africa’s total market share is 2.2% which translates to about 88 million passengers out of about 4.2 billion global passengers. Studies have revealed that less than 10% of Africa’s increasing 1.2 billion population use air transportation. The very low passenger figures aside, IATA says African carriers are expected to continue to make small losses of $100 million in 2018 following a collective net loss of $100 million in 2017 with a $1 loss to each passenger flown.

Mr. Samson Fatokun, Area Manager, South-West Africa, IATA, says Africa’s aviation safety performance over the last five years has been impressive, though there is room for improvement. He stresses that profitability should be the next priority after safety.

Product differentiation is also identified as a way for African airlines to improve their financial performance. Mr. Victor Lefevre, Airline Analyst, Embraer Commercial Aviation, explains that African airlines need the right aircraft sizing, capacity and efficiency in the right market. “It doesn’t need to be narrow-body or wide-body; it all depends on the market. For instance, a 50-seater aircraft will serve Monrovia to Freetown very well. It’s a 50-seater but once the seats are filled, the airline will be able to make profit which is good for the airlines, especially in Africa where fuel prices are rising,” he states.

Mr. Lefevre’s position is not far from that of an African Union (AU) study which revealed in 2005 that in Central and Western Africa, 85% of the city-pairs have less than 70 pax per day with only 3 corridors justifying the provision of aircraft with more than 100 seats in West and Central Africa. The study recommends that 50 to 70 seats aircraft should be used for most routes in these regions while recognizing increase in flight frequency as a profitable move. 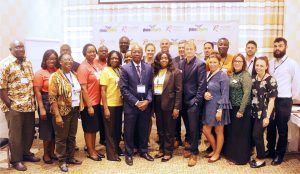 The study by Intervistas for IATA and AFCAC underline the benefits of liberalization on Africa’s connectivity. More routes in Africa would mean short travel time, lower fares, increased trade, more inward investment and continental economic growth. For instance, flights from Port Harcourt to Accra which takes about 5 hours with one-stop, will take just 1 hour 30 minutes on a direct flight. Likewise, Luanda to Durban which takes about 7 hours on a one-stop flight will take 3hours and 30 minutes. Both flights save 3 hours 30 minutes of passengers travel time, aside from reduced fares.

Mr. Raphael Kuuchi, IATA’s Special Envoy to Africa on Aeropolitical Affairs, shares the position of Mr. Allotey that government has a part to play in route development in Africa. Mr. Kuuchi says: “States in Africa need to move away from seeing aviation as a means of generating income for the government. We need to see aviation as an economic-enabler, to open doors and more opportunities and industries in Africa, rather than constraint it and drain from it.” He adds that Africans must change the mindset that aviation is for the rich, to making it the means of mass transportation as it is in many parts of the world. “If we do these things, we are going to unleash the potential of aviation in Africa,” he notes.

Experts at the event recognize the economic impact of tourism as one of the factors that  facilitate opening up of new markets and routes in Africa. Mr. Alain St. Ange, former Minister for Tourism, Civil Aviation, Ports & Marine of Seychelles, strongly believes that African governments need to take a different position on the issuance of visas to facilitate air movement on the continent. He says visas are primarily meant to check the movement of people and for security purposes, and not mainly to generate income.

Citing Seychelles, Rwanda and a number of countries with flexible entry conditions, the former Minister says a Visa-free entry will increase intra-Africa air connectivity and connection of the world to Africa, multiply tourists’ visits with their spends contributing in one way or the other to Africa’s economy. “Instead of generating income for the government through the issuance of visas, money will go to the pocket of the people. The common man will benefit from tourism, and then pay taxes to the government,” he states.

Experts also say Africa needs more functional MROs to support African airlines maximize aircraft utilization time which is pivotal to routes development. Leadership and empowerment of human capital are also seen as necessary for African airports and airlines, while disruptive technologies like mobile apps are identified as one of the ways to develop the aviation business in Africa.