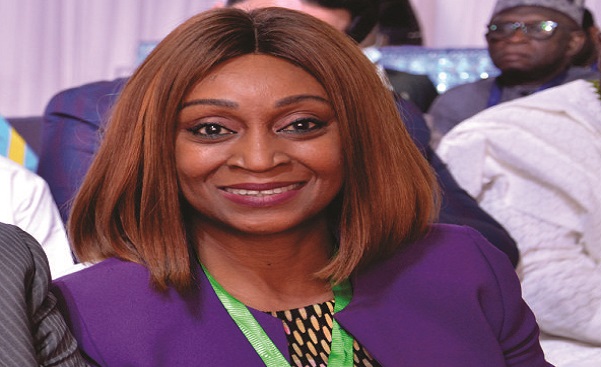 Africa is at the threshold of air transport revolution. Adefunke Adeyemi, the Secretary General of the African Civil Aviation Commission (AFCAC), is a key force driving this change, as AFCAC, the Executing Agency of the Single African Air Transport Market (SAATM), is leading a new ambitious campaign to accelerate air interconnectivity within Africa starting with 19 SAATM-ready States. In this exclusive interview with Aviation & Allied Business Journal on the sidelines of the (ICAO CAN 22), she outlines the new strategy that could slash air fares, generate huge economic benefit to African States and double Africa’s interconnectivity by 2025. 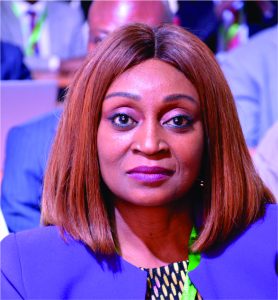 Q:The Single African Air Transport Market Pilot Implementation Project (SAATM PIP) was launched mid-November 2022, what is the import of this and what difference does it make for Africa?

So, I realized that we needed to do this in a different way. Number one is to think about the stakeholders who are necessary to drive forward the implementation of SAATM.

And which is why we are looking at it in a tiered approach. The first, of course, are the Presidents, the highest level on the continent; they have already committed to this, and many of them have already signed the treaty. But are they aware that this is not being implemented? Probably not. So, in our new plan we have introduced a Presidential Reporting System on SAATM, where the President of the Champion State of SAATM, which is Togo, is going to report back to the African Union on the SAATM progress. And, with the current Chairperson of the AU, who is President Macky Sall of Senegal in which AFCAC is based, they will then call for a meeting of these 19 countries in the SAATM PIP. 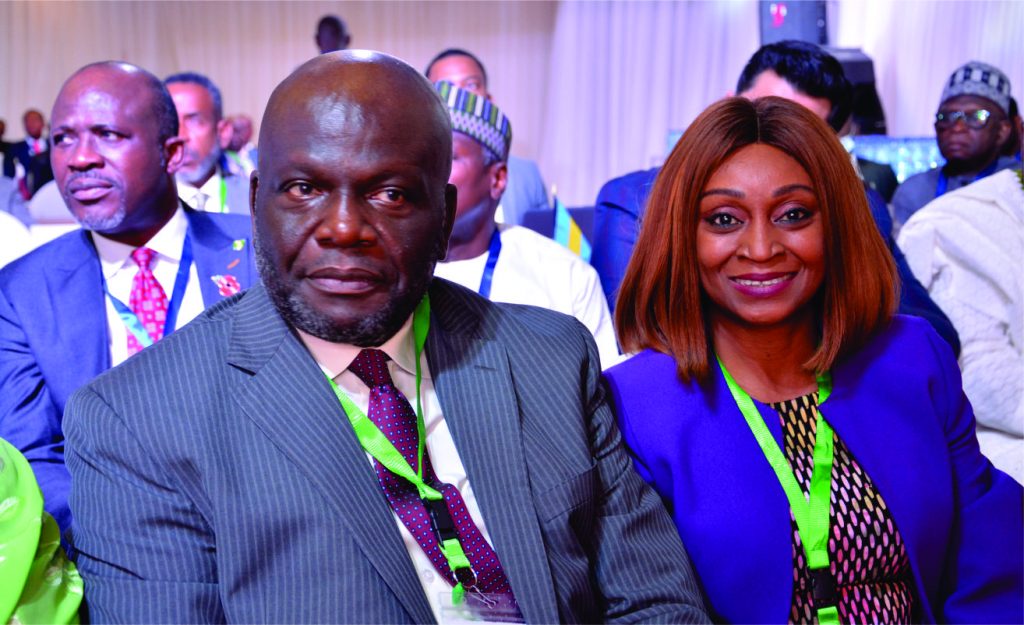 Secondly, at the Ministerial level, we brought in the Ministers at the launch of SAATM PIP, for them to be aware of whether the SAATM they signed is really being implemented. And they have now seen and heard that it is not being really done, and they said ‘yes we are committing ourselves to it. ‘

So, with that new impetus, at those levels we can now go in to the operational level where we have the different stakeholders starting from the countries themselves to the National Implementation Committees for SAATM, and the Focal Points for SAATM. And then you bring in the Civil Aviation Authorities, the Airports, Airspace Agencies, the Airlines, immigration services, the customs, and all of the different players in that country together to talk about it, and we will tell them the benefit of SAATM for their country. Let them tell us what challenges they face and let us clear them up. So, we will do missions to all of these countries.

The reason this approach is different is that we are starting with those that indicated to us that they are willing to go ahead with SAATM implementation. Then secondly, we will go through this tiered approach. What has been happening for many years in Africa is that at the operational and technical level, we are talking a lot amongst ourselves. It is not necessarily that those who can drive the implementation of SAATM are hearing or know.

Q: How would AFCAC ensure that the States and Airlines comply with the guidelines for liberalization?

A: You break the SAATM into its different component parts. The foundation of SAATM is the Air Services Agreements, which is why this ICAO Conference on Air Services Negotiation (ICAN) is so important as the next step following the launch of this SAATM Pilot Implementation Project, which is the group of ready and willing States. We have developed a model Air Services Agreement based on an analysis we have done on 607 BASAs across the continent. We have been able to identify which countries have the most YD-compliant BASAs.

Q: How confident are you that States are going to Support AFCAC to deliver its mandates in Africa?

A: We are starting with a group of 19 States. Not all of them are at the same level of willingness to implement. So we believe and are going to count on the fact that we will have a few states that say yes ‘we support AFCAC, we support liberalization.’ They are supporting themselves, it is not about AFCAC actually. AFCAC is just a facilitator. This is actually about the States and people of Africa. So, what I am confident of is that out of the 19, we will find even three who are willing to say, ‘we will go ahead now.’ And when we come back in November 14 of 2023, we can report that these three States have signed ASAs between them and have established routes XYZ among them, and their airlines XY and Z are operating between them. We hope that the States will cooperate, but our confidence is that even if we don’t get all the 19 States at once we will get at least three.

Q: SAATM is designed to work best with the Africa Continental Free Trade Area (AfCFTA), how do you ensure SAATM speeds up to drive trade and integration in the 6 trillion dollar Africa market?

A: Like SAATM, the Continental Free Trade Area too is just starting out. So, it is a perfect time for us to complement each other.  So what we have been doing is bringing the AfCFTA as part of the SAATM journey.

AfCFTA and AFCAC have done some assessment looking at the goods that are traded between these countries, to see which goods can be carried by air as cargo. So, AfCFTA is important to us and they are also helping us to amplify the message in terms of advocacy. They are also pushing to finalize what they call the Trade and Services Protocol of the AfCFTA.

Q: African Airlines are the drivers of SAATM, but they are challenged; how do you ensure they are supported and reinvigorated to play this role?

A: It’s very important. As we go to the States, we are going to be engaging with them to know that SAATM cannot operate without the operator. On specific issues that are creating challenges for the operator, especially the ability for the operator to generate traffic, we will engage with the States and relevant authorities to show the areas where the States can be more supportive and more enabling to the airlines. It could be just the simple things, depending on the country, we will identify the specific challenges for the airlines and see how to bring them down. It is not a one-size-fits-all approach. It has to be addressed country by country.

The most important thing is the message to the government that we need them to encourage their airlines by creating an enabling environment for them to be able to thrive and support not just SAATM but economic development of the State.

You have to take the message out of aviation; it has to be about the country and what is in it for the people. The country will then be incentivized to say ‘let us try this approach if this is what we stand to gain in the next 2-4 years.’ We are not saying it is going to happen overnight, but we will give it a try to see which countries will start making this happen.

Q: Since you took office as Secretary General of AFCAC last September, you have held consultations with several African and global industry stakeholders, what are your expectations from these engagements regarding the success of SAATM?

A: The expectation is that all the relevant stakeholders work together to make SAATM implementation a reality. The Executing Agency of SAATM happens to be AFCAC. As AFCAC we cannot do it all, and we don’t want to do it all. We just want to facilitate the implementation of SAATM which is our mandate. It is going to be all the stakeholders that will bring about SAATM implementation. AFCAC is just creating a pathway for this to happen. The expectation is that they all support us.

The airlines and their associations should keep an open mind towards SAATM and not expect protectionism. The States also should stop the protectionism. And airports should indicate which airports are open for SAATM implementation, and so on. We expect all the different stakeholder to bring their expertise to the table and support the vision of SAATM. 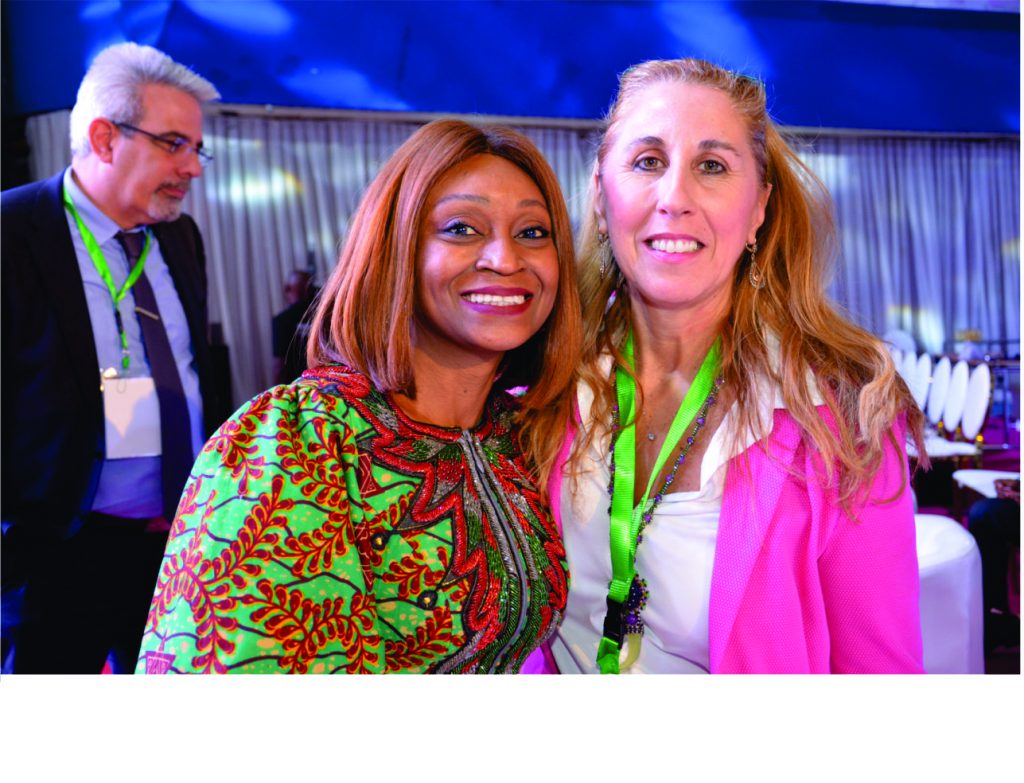 Adefunke Adeyemi, AFCAC Secretary General with Carla Iorio of EASA at ICAO CAN 2022 in Abuja

Q: Africa is under pressure to meet environmental sustainability targets over challenges caused mainly by other regions, do you think Africa needs some waiver or support in this regard?

A: I really like Africa’s approach to the issue of the environment. Even though we are one of the most vulnerable to the effects of climate change, yet we are one of the regions that have shown the most proactivity and responsibility on the environment in aviation. There is a global programme under environment called CORSIA; under that most of the African States are exempt already because it is based on your level of traffic. And we know that all of Africa combined only has 2% of global traffic. But just to support the programme to work properly, many African States have volunteered to be a part of the progamme.

What is important on the environment is how SAATM can actually speak to this. If we can efficiently create 5th Freedom routes between African States, it will reduce the environmental impact of aviation by creating direct shorter connections.

We want to work with a set of three countries, not just within regions but across regions so that we are not just connecting the regions, because right now Africa is connecting point-to-point. But point-to-point is not liberalization. So, that is where they really need to drive the market.

Q: Cargo is very important but low in Africa, how do you think cargo will build up under SAATM?

A:  Cargo was one of the lifelines during COVID-19. It was one of the reasons why people were able to get PPEs, medical equipment and vaccines during the COVID. We mustn’t forget about cargo because we are no longer in the crisis period. We must factor in cargo as part and parcel of aviation development in Africa. But more importantly because of the AfCFTA signed in 2021, this is the moment for cargo to feature prominently. That’s why I was talking about what goods are traded by air in the analysis we have done. We will be looking at all of the 55 countries, and now narrowing it down to these 19, to see which goods they export and which goods they import and which of them are carried by air. There are all sorts of goods in Africa including cocoa, coffee, diamond, peanut, medicament, etc. we need to find out who is importing and exporting them in Africa and which can go by air. It is a green field area to be explored, and African countries should look at it from that point of view.

A: This SAATM PIP is designed for us be able to see results within the next 3-5 years; it is to show that even if you have one or 5 new routes developed within sets of 3 countries, in 3 to 5 years’ time there will be a marked increase in traffic, GDP contribution, job creation and so on. So, the outlook is very bright and very positive. Our target is moving from 14.5 % intra-Africa interconnectivity that we are at now, to 30% by 2025.