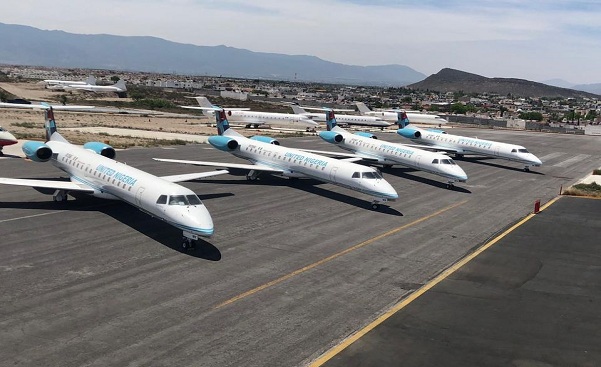 Chief Obiora Okonkwo, Chairman /CEO United Nigeria disclosed this at a press briefing with members of the League of Airports and Aviation Correspondents (LAAC), stressing that the MRO facility is aimed at serving the airline and others both domestically and in the sub-region.

According to Chief Okonkwo, the goal is to slash the cost of maintenance by about 40 per cent and save a projected $500 million for Nigerian airlines, which is the cost associated with ferrying aircraft overseas, payment for allowances for flight crew and rented space for aircraft, as maintenance schedule could delay aircraft due for checks for months.

The Chairman said that United Nigeria is already in advanced stage in talks with foreign partners. He further stressed that the airline is building capacity in –house to handles A-Checks 1A-3A and the acquisition of land from FAAN to build their own facility was one of their plans to be met in 24 months.

“On our maintenance, we have our own maintenance system, we have quite experienced engineers and all the necessary tools to maintain our aircraft from One-A to Three-A in-house, and that is our starting point. But in a very short time, we have started a process of acquiring land space from FAAN to set up our MRO; we thought we should have gone far in that at our operational base in Enugu and we felt it is more appropriate to locate our MRO in our base,” Chief Okonkwo added.

“FAAN is currently having some issues with space identification and clearing with all the interested parties involved. We are still in touch with them and hoping that very soon, they will be able to allocate to us the necessary place we need to be able to start our own plan,” Chief Okonkwo noted.

“But on a takeoff plan, we gave ourselves 24 months to be able to do our full C-check in our own facility and also offer that service to other stakeholders in the industry, with that we are already two months behind the schedule but we hope that very soon, FAAN will clear that road for us and we will be able to embark on that project. That is our medium and long-term maintenance plan. So, we think that when that is done, we will be saving ourselves some foreign exchange and other operators in the sector. We are in touch with some technical partners and that is at advanced stage,” he said.

The Chairman shed light on plans to acquire additional two Embraer ERJ145 aircraft to help its consolidation plans on the domestic route. He said the airline was planning to expand its operations in the long-run and would take delivery of more aircraft to serve more routes.

“The ERJ 145 is a good fuel efficient aircraft and we are negotiating and finalizing an additional two Embraer’s and by then we would have consolidated on certain routes and we would have consolidated on certain passenger loads and then we plan to probably consider a large-body aircraft. As you may know, the ERJ may have all its advantages but it also has its own little bit of disadvantage in terms of luggage and all that. A typical Nigerian will want to travel with a lot of things and so the challenges are there. We would want to do something to accommodate that shortly and very soon, so far we are getting around those challenges.”

“We have gone through due diligence before we earmarked the ERJ as choice of aircraft and the fuel utilization is a huge advantage. It might surprise you to know that the evening we got our Air Operators Certificate (AOC) we opened our portal and the first flight within 12 hours we have full passenger load,” he concluded.