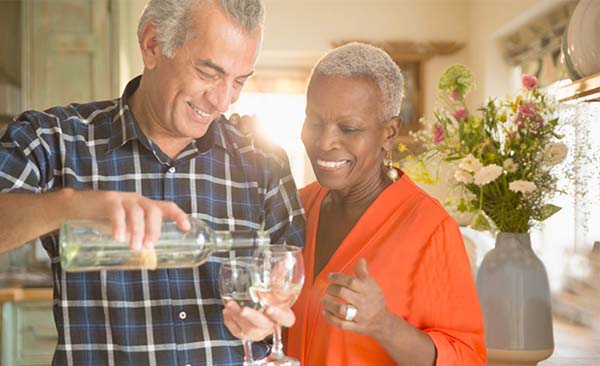 A disturbing number of Africa’s Air Traffic Management (ATM) professionals have retired over the past 10 years, and, perhaps, with their spouses equally retired, are now lounging in the cool breeze of their country homes or engaging in other pastimes, leaving a gap in the demanding air navigation services environment in Africa.

More African ATM professionals are ageing and getting ready to join these veterans in retirement; this poses more potential challenges to Africa’s pool of ATM professionals which is already under the threatening reconnaissance of poachers from well-off regions. Moreso, the challenge of ageing and retirements could be compounded by the fast-pace of new ATM technology if these veterans do not upgrade accordingly to align with future global ATM systems including the Performance-Based Navigation (PBN) and Aviation Systems Block Upgrade (ASBU) initiatives.

Various Air Navigation Service Providers (ANSPs) in Africa are at various stages of upgrading their air traffic management infrastructure, with efforts to implement the Automatic Dependent Surveillance-Broadcast (ADS-B) technology in Central Africa like Congo; in parts of West Africa like Nigeria, and in North Africa as seen in Egypt. The ADS-B technology has also featured in the Indian Ocean island of Reunion as well as in South Africa. There are also commendable collaborative efforts among African ANSPs towards achieving interoperability and harmonization of ATM infrastructure in Africa which is essential for the efficient execution of the all-important Single African Air Transport Market (SAATM) which has now been signed by 26 States.

This collaboration is spearheaded by Agency for Aerial Navigation Safety in Africa and Madagascar (ASECNA) and Air Traffic Navigation Services (ATNS) South Africa, and Nigerian Airspace Management Agency (NAMA), among others.

What could be more exciting is the effort to establish the functional airspace bloc (FAB). Mr. Hassan Daleel, Sudan DCA says: “Functional Airspace Block(FAB) is defined as an airspace block based on operational requirement and established regardless of state boundaries, where the provision of air navigation service and related functions are performance driven and optimized with a view to introducing cooperation among air navigation service providers or where appropriate integrated providers.” 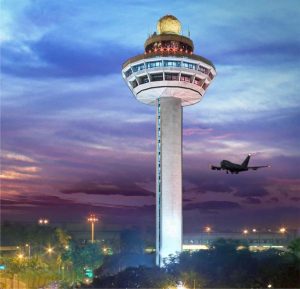 Control towers appear strange and inscrutable to the younger generation who are needed to replace ageing professionals, which make a new approach to training vital in Africa

According to ATR, globally, “30% of the traffic growth by 2037 will come from routes that do not currently exist.” Thus, for Africa, more aircraft movement is also anticipated between dozens more of existing and new city-pairs emerging in Africa.

This increased traffic would bring greater pressure on Air Navigation Service Providers (ANSPs) in Africa who must manage these movements seamlessly. Africa’s ATM sector, therefore, urgently requires increased number of qualified ATM professionals not just to replace those lost to retirements and poaching, but to fit the continent into the unfolding future ATM systems environment being developed for globalized and interoperable air transport infrastructure.

Despite the milestone improvements in ATM technology, ATM professionals would be needed. According to Ms. Boni Dibate of Civil Air Navigation Services Organization Africa Region (CANSO-Africa), ATM professionals cannot be replaced completely. Technology makes their job much easier, efficient, effective and even safer. Technology might reduce the number but not in a significant way.”

In 2011, an ICAO study compared the average number of professionals worldwide that will need to be trained annually with the training capacity of existing facilities. “This reveals a shortfall of training capacity equivalent to 160,000 pilots, 360,000 maintenance personnel, and 40,000 air traffic controllers,” ICAO says.

ICAO and the industry are fine-tuning efforts towards harmonizing training standards through the establishment of the Association of Aviation Training Organizations (AATO) with a mandate given to African Civil Aviation Commission (AFCAC) to drive this to fruition.

But just like the efforts to achieve harmonized ATM facilities and interoperability of ATM systems on the continent, the commendable efforts to boost the number of future-based ATM professionals in Africa,including the number and capacity of Air Traffic Management training institutions in Africa are still inadequate, even though States like Singapore are keen on providing training support to Africa in this regard. This is mainly attributable to poor funding, the long duration required to train inexperienced personnel, among others. 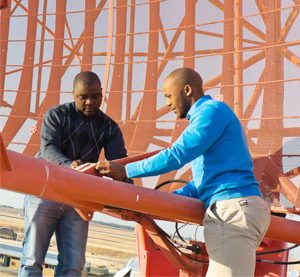 How can the future aviation professionals be developed from the younger generation that constitute a larger chunk of Africa’s population? Mr. Jimmy Kbakaya, former Principal Information Officer at the Tanzania Civil Aviation Authority (TCAA), says “shortage of ATM professionals cannot be avoided since this generation likes diversity they get bored sticking in one job for long. ATM during our era was unique profession; now with technology it seems like any other profession.”

On the way forward he says, “We ought to improve our training to include advanced technology instead of obsolete technology. We have to open our training colleges to individuals like we train pilots who are freelance. You can be a lawyer and ATM; that’s diversity.”

Some observers have suggested that retired ATM personnel in Africa be brought back to share their experiences to younger generation; yet this may face the likely limitation of their knowledge being outdated which would require them to also be trained in new ATM technology.

Where There Is A Will

Current efforts in Africa to enhance training quality and capacity through ICAO’s centres of aviation training excellence and the moves to redirect younger generation into aviation are appropriate for the industry. Bringing in Africa’s infrastructure development and funding institutions such as New Partnership for Africa’s Development (NEPAD) and African Development Bank (AfDB) to support Africa’s ATM capacity development is vital to support young ATM students.

While aviation and especially ATM may still be abstruse to most prospective students, massive Africa-wide awareness strategies to nurture the interest of Africa’s young generation – who indeed constitute a larger chunk of Africa’s 1.2billion population – in aviation and ATM are necessary to refill Africa’s depleting pool of ATM professionals quicker than looks feasible at present. Ms. Dibate agrees, calling for the “exposure of children to the industry at a young age.”

“The ATM industry is not well known and understood. Vocational and life skills training should include aviation and the specific environment,” she submits.