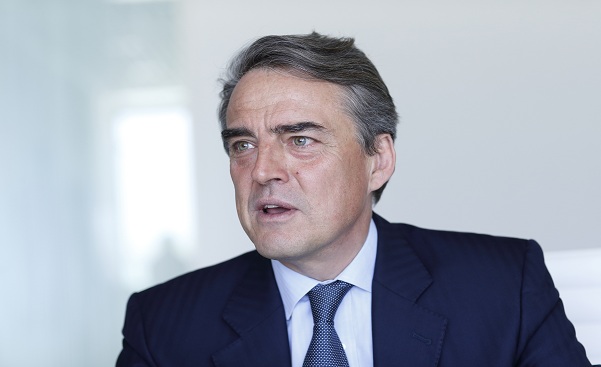 The International Air Transport Association (IATA) welcomed the release of the results of testing by the United States Transportation Command (US Transcom) confirming the low risk of COVID-19 transmission onboard an aircraft.

The US Transcom testing, which was conducted in August, found that “the overall exposure risk from aerosolized pathogens, like coronavirus, is very low” on the types of airline aircraft typically contracted to move Department of Defense (DOD) personnel and their families, US Transcom stated. More than 300 aerosol releases, simulating a passenger infected with COVID-19, were performed over eight days using United Airlines Boeing 767-300 and 777-200 twin-aisle aircraft.

Alexandre de Juniac, IATA’s Director General and CEO, said: “Last week, IATA reported that since the starts of 2020, there have been 44 cases of COVID-19 reported in which transmission are thought to have been associated with a flight journey, out of 1.2 billion passenger journeys in 2020. The US Transcom research provides further evidence that the risk of infection onboard an aircraft appears to be very low, and certainly lower than many other indoor environments.” 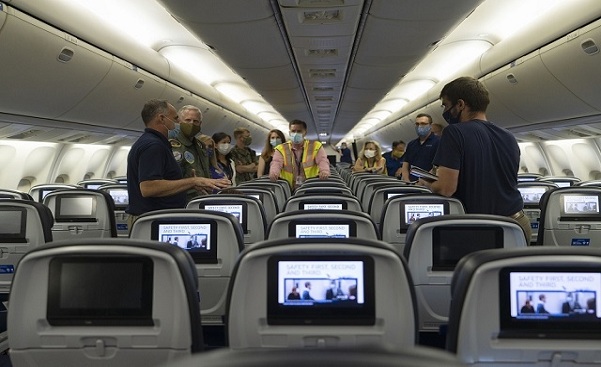 David Silcott, chief executive of S3i, a biological research company, discusses airflow particle testing on board a United Airlines 767 aircraft at Dulles International Airport, Virginia, Aug. 28, 2020. The test data will help U.S. Transportation Command and the Department of Defense identify how far the COVID-19 virus can spread in an aircraft and how long it remains in the air, and determine future processes for loading and quarantining passengers. (Photo by Stephenie Wade)

The US Transcom testing showed that the aerosol was “rapidly diluted by the high air exchange rates” of a typical aircraft cabin. Aerosol particles remained detectable for a period of less than six minutes on average.

According to IATA, both aircraft models tested removed particulate matter 15 times faster than a typical home ventilation system and 5-6 times faster than the recommended design specifications for modern hospital operating or patient isolation rooms. Testing was done with and without a mask for the simulated infected passenger.

The testing was conducted in partnership with Boeing and United Airlines, as well as the Defense Advanced Research Projects Agency (DARPA), Zeteo Tech, S3i and the University of Nebraska’s National Strategic Research Institute.