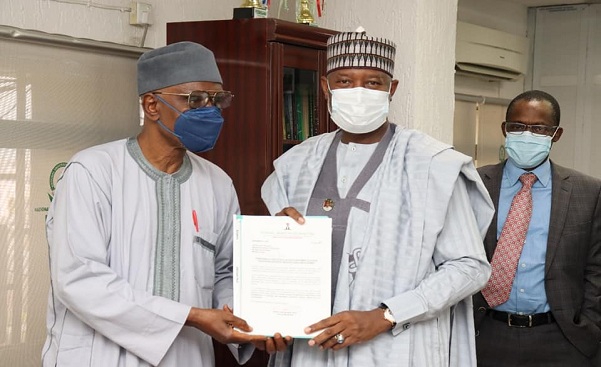 The Federal Government of Nigeria, through the Ministry of Aviation, said its quest to establish an Aviation and Aerospace University has been boosted by the assurance of the National Universities Commission (NUC) to expedite action on the concept document submitted by Senator Hadi Sirika, Minister of Aviation.

Prof. Abubakar Adamu Rasheed, Executive Secretary, NUC, who gave the assurance after receiving the note from the Minister, said the commission will engage some professors to perfect the concept note for immediate approval.

“I can assure you that by the end of the month (July), we are going to have a brand new University, the first of its kind in Abuja, the first African University dedicated to aviation and aerospace study in the country,” Prof. Rasheed added. 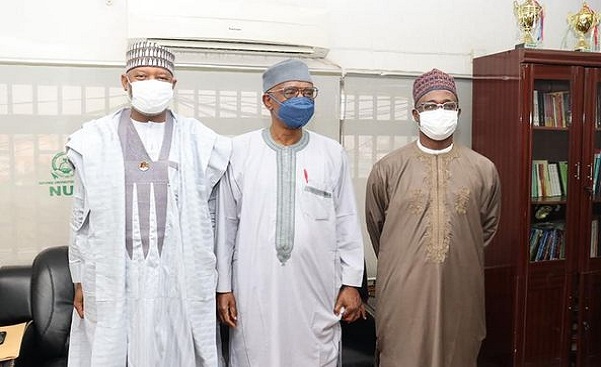 According to the Executive Secretary, the value of such a university can’t be quantified.  He commended the Minister for his boldness and courage.

“This aviation under your guidance will be the first to show the way that we can support the establishment of a specialized university that won’t only serve us but serve the African region and the International community,” Prof. Rasheed stated.

The Minister stated that the decision to establish the specialized university was informed by the need to fill some identified gaps in the growth and development of the aviation sector.

He further said that the huge gaps and deficiencies have left the Civil Aviation sector to be managed with basic knowledge of either being a pilot or aircraft maintenance engineer, with no one going into research and development to understand the Civil Aviation and Aerospace industry to grow it for our betterment and leverage on the sector to recreate the economy, improve the wellbeing, add to the GDP and most importantly to expand knowledge horizon of Nigerians.

“We have been working three to four years now into this and we developed a concept note based on the advice by Executive Secretary NUC for critique and that will fast track the process of setting up the University. We come up with concept note of what will be the focus of this University,” Sen. Sirika explained.

He added that “the potential of this University to serve the market of civil aviation and aerospace within the continent cannot be overemphasized. Once the University takes off, a lot will happen and it will change the dynamic.”

He expressed gratitude to the Executive Secretary and his team for guiding the process leading to the submission of the concept note and the assurance that it will be expeditiously concluded.