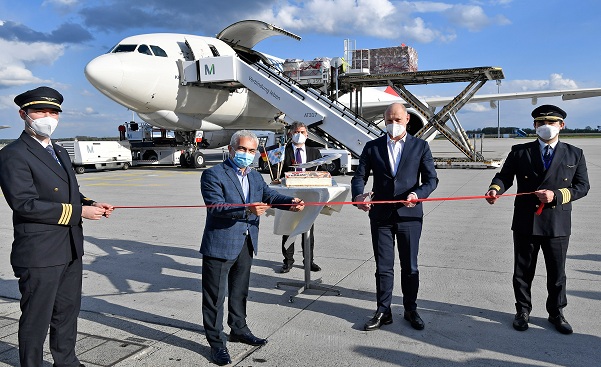 A new scheduled service is now available for the fast transport of goods from Munich to Istanbul and beyond to many Asian destinations. Turkish Airlines Cargo has now launched its first weekly cargo service from Bavaria to the Bosporus. The Turkish carrier is operating Airbus A330F freighters on its new cargo route. The new service has already been well received by Bavaria’s business community and logistics companies. The inaugural flights to and from Istanbul were already fully booked with 50 tons of freight on each flight.

The companies based in Munich Airport’s catchment area include numerous successful global players and market leaders from the automotive, electronics, medical technology, biotechnology and aerospace sectors, who rely on efficient transport routes to destinations all over the world.

“I see an enormous potential for demand here and could well imagine that Turkish Airlines will soon expand its cargo service with additional frequencies. Against the backdrop of the ongoing crisis in aviation, this route opening is an important sign of confidence in Munich as an airfreight location, now more than ever,” explained Jost Lammers, CEO of Munich Airport, who personally welcomed the crew of the inaugural flight to the cargo apron.